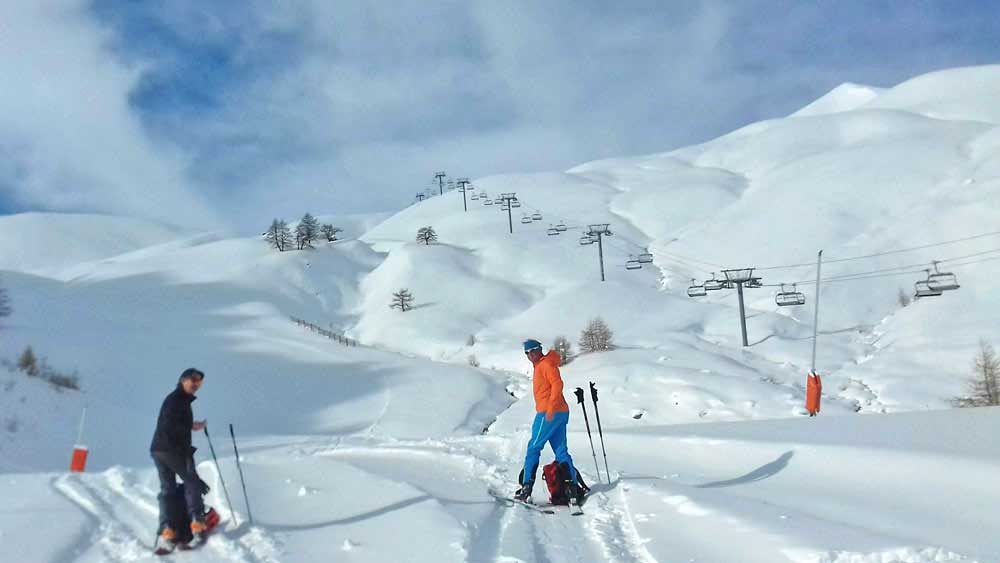 Everything That The Light Touches is Our Powder Kingdom

We had Plan A, B and C for ski touring, yesterday. Plans A and B involved the Col du Lautaret BUT as it was the first sunny day for a few days and a Saturday, chances were that everyone would be heading that way.

Plan C was Cucumelle and, as the snow had melted in the valley, the idea was for Gav, Ken and I to drive up the Frejus track to see how far we could get and lessen the hike. We got to just beyond the first snow canon, which saved around 100m. 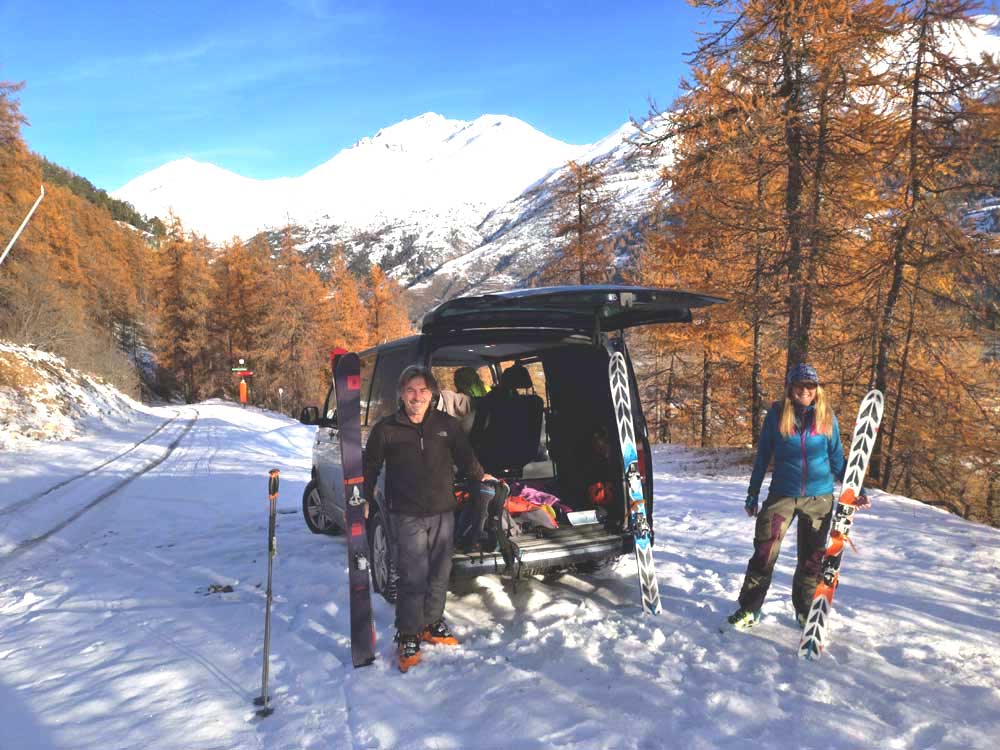 It was then around 5km and 975m to the top of the Vallons chairlift where I was happy to transition. But I was not allowed. Nope we had to do another 25m to tick off 1000m, which I think is the most I've ever ski toured in one hit. This took us up the Cucumelle ridge, the prospect giving me vertigo as I am not fond of exposed ridges. As it happened, though, it was as wide as a main road.  Gav would have liked to go higher but there was a lot of snow and a much steeper pitch so avalanche risk was considerable.

The descent was insanely good. All that off piste (though obvs there was no actual piste) and not one track. We marked the pristine whiteness with three sets of our turns down to the stream under the chairlift.

Then we put the skins back on for a small hike (so, yes, now I've done 1025m climbing) before sking down through the trees. The snow was surpisingly deep, with pillows of powder covering the stumps.

But with such dense forest, my legs were screaming with the tight turns and absorbing the lumps and bumps by the time we emerged onto the Frejus track.

We skied down the track and then what is normally the piste. Here the artifical snow was piled up with breaking crust and it was like skiing polystyrene, the hardest turns of the day. We arrived back at the van having not seen one other person all day, compared to the mobs up the Lautaret.

Where were the Rando Chiens, the ski touring Jack Russells? We decided it was too much powder for them to cope so they had a duvet day.

And now it's snowing all day, I feel like I've run a marathon, so it's a duvet for me, too.

PS. That's 7 ski tours for me here in Serre Chevalier in Snovember, 11 for Gavin (a total of 8450m, which is 500m more than last year that included ski touring in Siberia for a week).