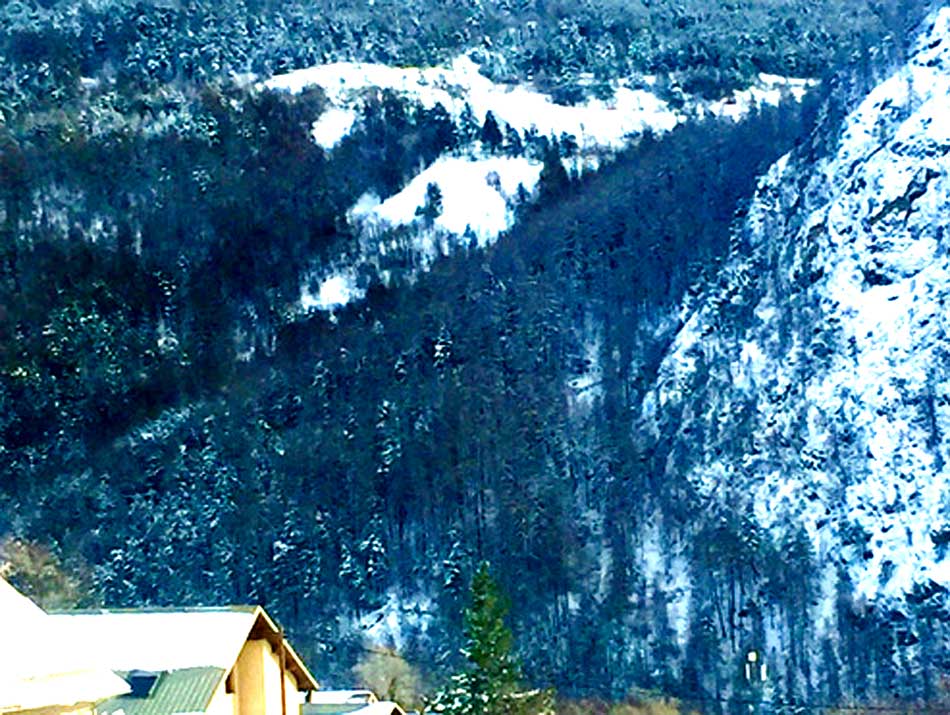 With no lifts open, ski touring is the obvious option. But there's dubious snowpack at high altitude. What to do? Study the terrain and find a safe slope with cold pow. Then do laps Japanese style...

So nearly three weeks since the lifts were supposed to open here in Serre Chevalier I finally decided to bite the bullet and break out the pow touring skis. I've been hesitant to go backcountry on my own as due to the unseasonably warm start to the winter, there was a lot of instability in the snowpack and one ski tourer has sadly lost his life in an avalanche in one of our favourite ski tour areas up from the Col du Lautaret.

We'd had a nice dump of around 30cm the day before and while walking the dogs, I realised how dry the snow was, even at valley level (it's been minus 5-7 degrees C during the day).

I've been eyeing up a cheeky run in the meadows opposite our chalet for some years now, but it's only around 200m vertical, so always eschewed it in favour of going bigger backcountry or sidecountry served by lifts.

As there are no lifts open, human power is the only option and after a bit of route-finding on the map, Adrian and I found the entrance at the bottom of the meadows.

As soon as we started skinning up the slope I realised it was a good call as the 20-25 degree slope is so nice and safe,  boot-deep pow on a firm base. Bring it on!

Topping out at a lofty 1350m (!) we transitioned in the sun and dropped in to a glorious run through the meadows, then the trees and all too soon back to our start point so, of course, we had to go back up and do it all again! 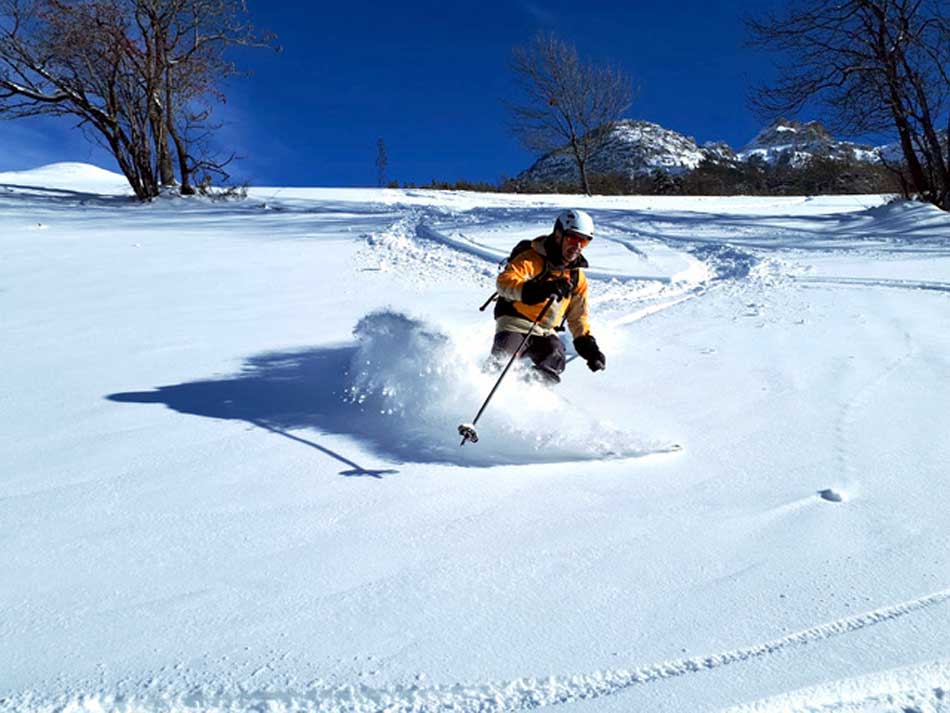