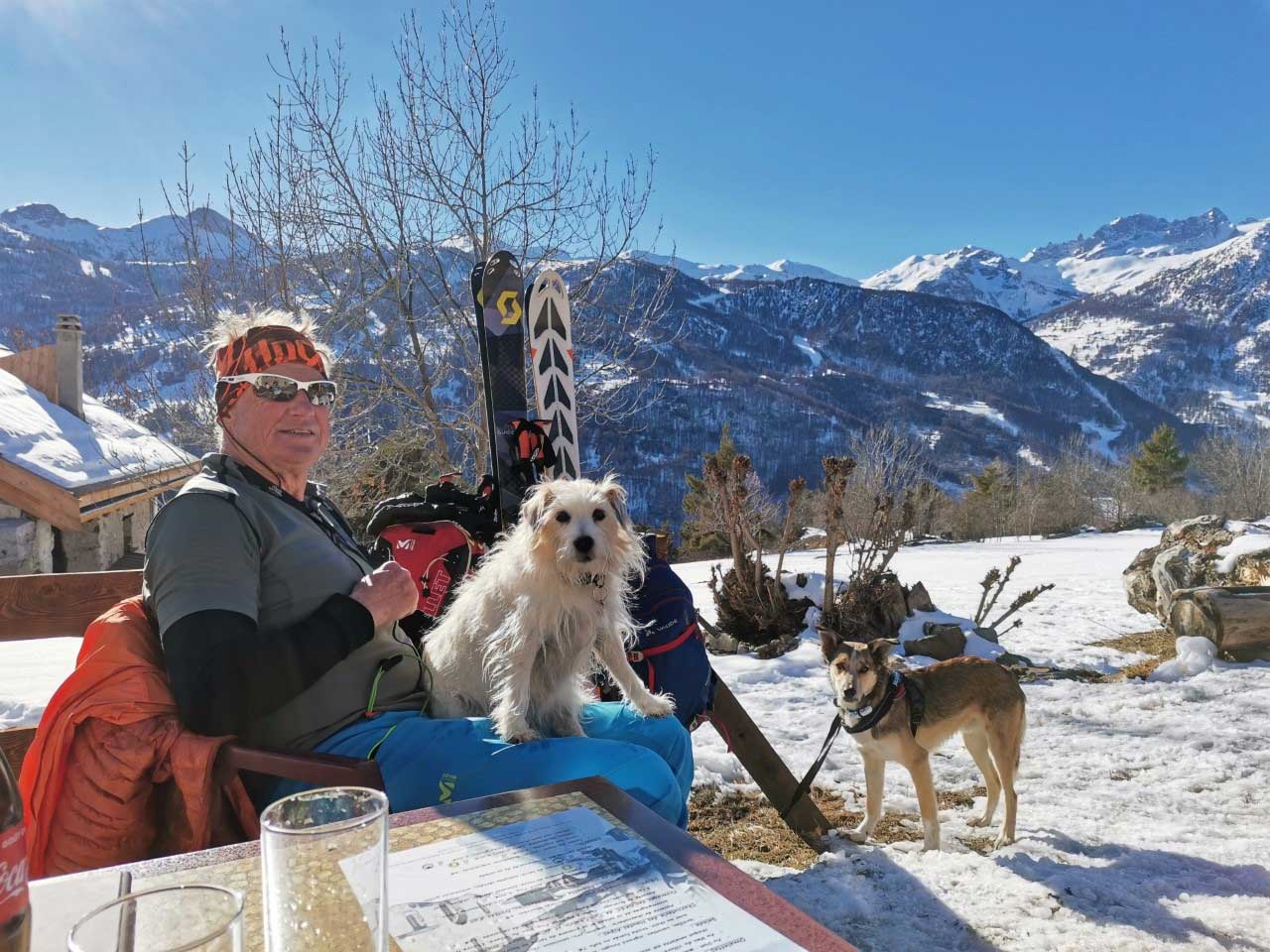 There's no such thing as a free lunch, especially when you're ski touring and burning off calories to not only earn your turns but also to ski down for a backcountry lunch in the sun...

So we're slightly running out of backcountry plans around Serre Che. There's been no fresh for two weeks and daily blue skies, meaning the snow is receeding up the south slopes and already leaving the sort of grass patches you see in late April. Although cold temperatures have kept the powder on north-facing slopes, we've also had a couple of weekends with powder hounds bussing up to trash any untracked.

The current wave of new ski tourers, created by last winter's closed lift scenario, is flooding the mountains. Finding powder, let alone the peace and quiet that makes ski touring such a pleasure, is now becoming a quest

We decided, therefore, to hike up the Granon area which, although south facing, has not been mobbed by ski tourers as the walk up from the parking area is mighty long (around 3k until you reach the climb up to the Gardiole). The incentive for me was the promise of lunch at a new cafe, nestling in the terraces and only accessible by trail.

As the climb up, boot packing half the way, was going to take at least three hours, we set off at 9am when the snow was hard and icy on the road. Ullr, our new powder hound came, plus Beanie, our younger Jack Russell, who can cope with the hard pack on the climb much better than powder (as she's small and rough haired).

We only met two other ski tourers on the way up and any tracks from previous days had well melted and re-frozen. So, yes, pristine snow but, meh, not that much. We transitioned around 300m from the top of Gardiole, not wanting to miss lunch after over three hours and 900m / 6k of climbing. The snow was a very mixed bag - some powder on NW facing, windblown crust, hard pack, even slushy spring as we hopped down the terraces behind the cafe.

We earned some good turns by doing the long climb up but most importantly we earned our lunch! I burned 1,127 calories according to my Garmin. We demolished two Cokes each and a hearty soup, sharing bread dipped in it with the dogs, while sitting in the sun facing the pistes of Serre Che.