WHAT SPECIES OF SKIER ARE YOU? 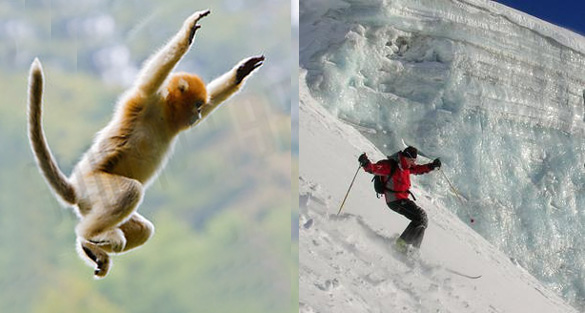 So you can ski but HOW do you ski? At STYLE ALTITUDE we've been observing the different styles of skiing and distinguished FIVE species of skier on the mountain. So are you monkeying around on the slopes?

We're not judging technique but just saying that stance and arm position can have surprising similarities to other species, less common up the hill. 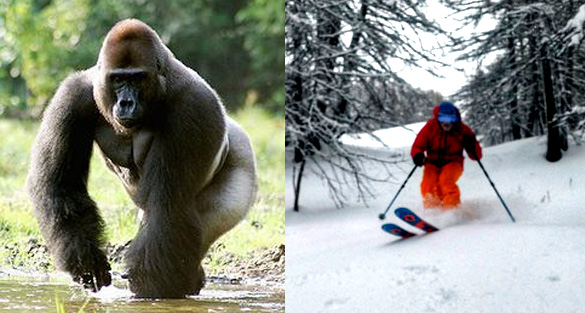 Knees really bent, arms in front, head forward, The Gorilla is the aggressive stance of a contemporary alpha male skier on the rampage. You'll find him powering through the trees rather than swinging from them. 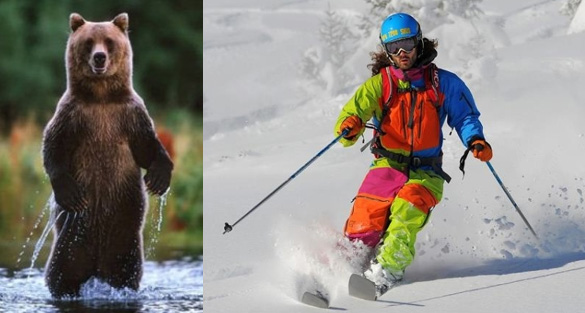 When they were learning to ski, someone said  'imagine you are hugging a tree with your arms' and that's why The Bear and the hugging stance is a popular style of skiing especially among tree-hugging woodlanders from Sweden, Norway and Germany.

The Monkey stance involves a lot of agility and waving of arms plus a 'whoop whoop' every now and again. Slightly old-style looking but it can be an incredibly efficient way of shredding the pow, crud, rocks, whatever and often favoured by gnarly extreme skiers who can, also, climb like mountain goats and drink like fish. 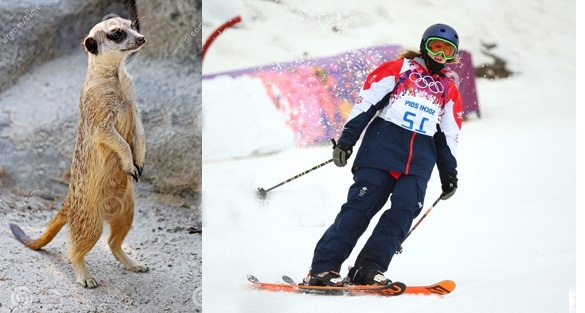 You'll find Meerkats popping up in the snow parks, going around and around the rails and kickers in mobs, enjoying an audience, like they're in the small mammal enclosure at the zoo.. Most were born after 1990 and, in spite of having Gorilla, Monkey or Bear dads, have adapted the more upright style with low hands using shorter poles for freestyle (see Katie Summerhayes, above). 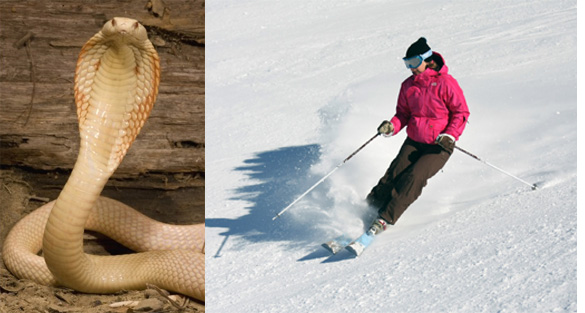 Definitely more old school, The Snake is an upright stance with arms held tight to the body, favoured by piste carving ESF teachers and glamorous girls of the Glossy Posse Snow Tribe who only want to put in so much effort when it comes to skiing. This should only involve the feat of pulling on tight ski pants and doing blues with just a few wiggles of their hips before heading for the deckchair at the nearest mountain restaurant.