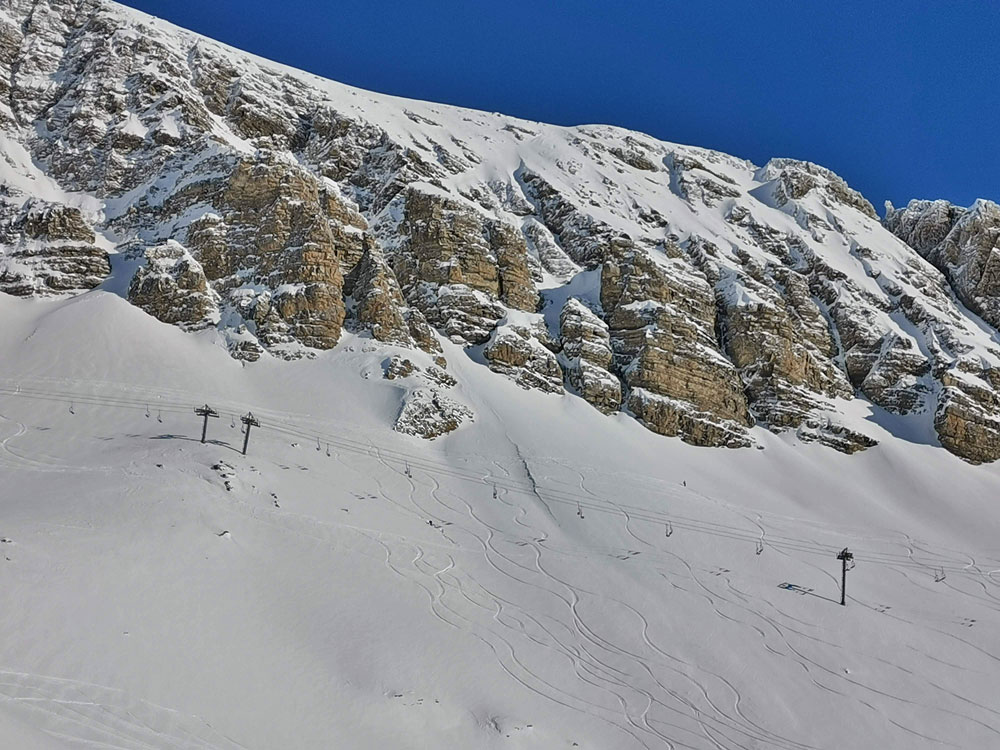 With our wounded powderhound, Ullr, going under the knife in Gap, we drove 45 mins to the 1850m Orcières ski resort, which boasts over 100km of pistes - and scored some very cold pow.

On Thursday we had to drive to Gap, 90 mins from Serre Chevalier, for a rendevous with a vet for our 20 month old Husky-cross, Ullr.

It was six weeks ago that he suffered a severed Achilles tendon, owing to a very unfortunate backcountry encounter with a friend's ski. The local vet stitched him up but unfortunately the tendon did not stay reattached, hence the visit to Gap where France's equivalent of the Supervet, Noel Fitzpatrick, was going to operate using a reinforced artificial tendon and attaching the muscle (more about this in a future blog).

As we couldn't collect Ullr until the end of the day, we decided on a road trip to Orcièress, a ski resort around 45 mins away from Gap on the edge of the Parc Ecrin.

The resort Orcières Merlette is high at 1850m with lifts up to the Col de Freissinieres at 2782m and a reasonable size with over 100km of pistes. We parked easily at the side of the road at around 11am, bought a day pass for around €40 with insurance, then took three chairlifts up to the top col, a mightily cold ascent with minus temperatures and a wind chill that made me wish I'd brought my new heated gloves.

The fresh snow from three days before had certainly been well skied off piste, but Le Gnourou chair at the top had obviously been closed in the high winds, until the morning we were there. It opened up a good area of untracked sidecountry, even directly under the chair (main image) which it would have been rude not to take advantage of it.

And as you can see, there was no rush as the chair was empty, (below). 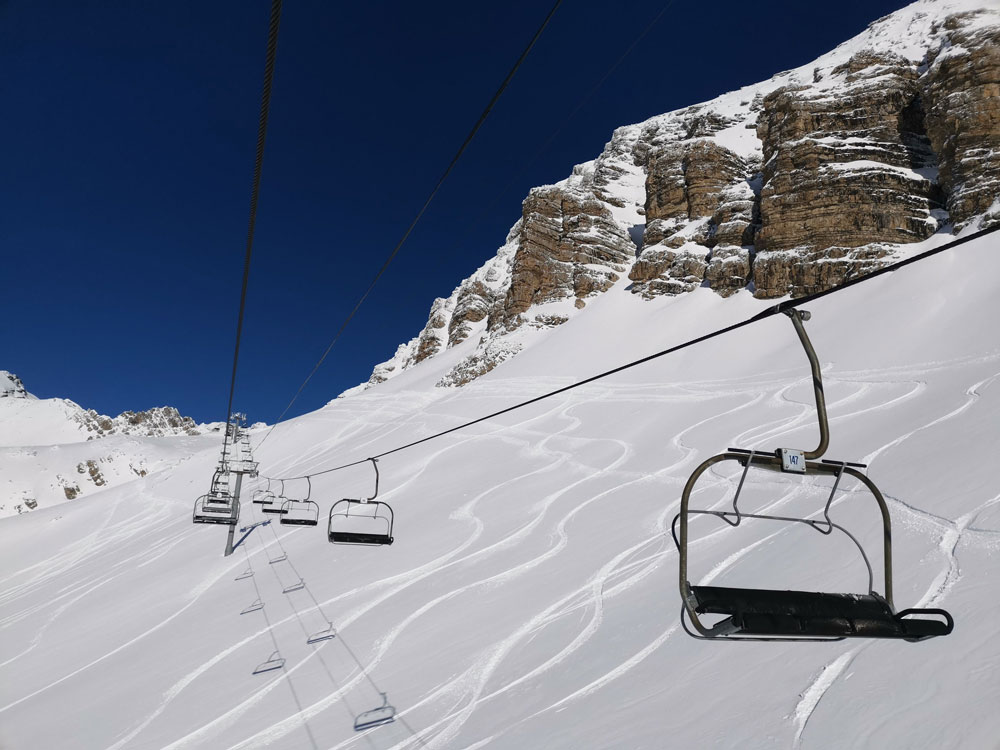 After I stopped for lunch, Gav still wanted to make the most of his day, pushing our time limits to the edge.

So after a quick refreshment, he went exploring, and eventually came back a couple of hours later having found some interesting slack-country terrain, that involved a short 20min skin after a lovely untracked line.

The whole of Orcières has massive potential, although it is mostly south-facing.

On the other side of the valley is some great touring and the small station of Ancelle.

A little video of some Orcières Merlette slackcountry

The slack/side country potential is massive, along with the ski tour potential, as it's right on the edge of the Ecrins.

In fact from the top lift it's only a short climb to the Col de Freissinières ou d'Orcières, and then if you had the logistics sorted a superb line down to Freissinières. If you look on a map it's only 18km from Puy St Vincent as the crow flies and 25km from here in Serre Chevalier.

So it was a good day, a distraction from the worry about Ullr on the operating table.

We picked him up, complete with a plastic lampshade on his head and a heavily bandaged leg. Now we have to wait and hope he regains the use of his leg for ski touring again.

For more about Ullr's incredible journey to functioning fitness, watch this space/blog.