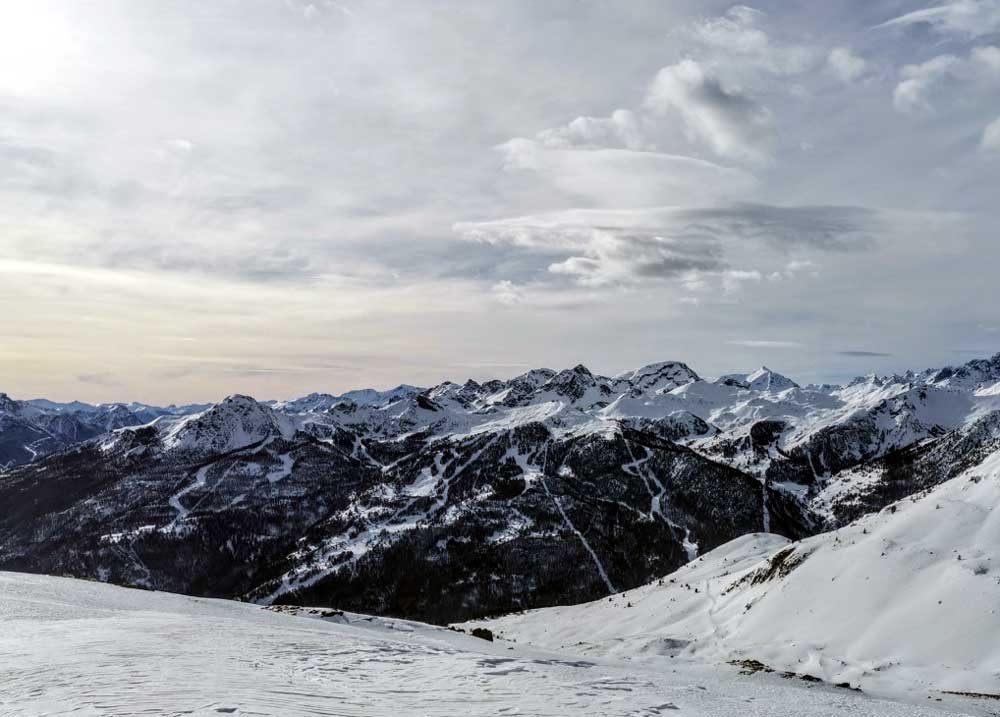 For two weeks we've had to step away from the keyboard so as not to write a ski blog about how good the snow is while other resorts have been suffering.

While the media has been reporting about the lack of snow in resorts all over Europe, we've been enjoying almost perfect conditions. Perfect for piste, that is, until the recent top up for off piste and backcountry.

We groaned when one Serre Che ski instructor put a vid on Facebook revealing how great the pistes were in Serre Che, knowing that news of our pristine pistes would bring coach loads from other resorts where runs were closed because of lack of snow.

So for the first week in January, when most of the schools have gone back, the resort was far busier than normal. Good news for the lift office, ski schools and restaurants, not so great for those who, here for the season, can't wait for the post-holiday respite.

Now, the hordes have finally gone, more snow has arrived and we have peace on earth (covered by 30cms of fresh). Yesterday morning, we had plenty of time to do first turns on some of the classic sidecountry stashes without having to elbow UCPA crews on 112 fat skis out of the way.

Fortunately more snow is due, this weekend, and all over the Alps so there's no fear of stirring up comparanoia (the fear of others having more snow than you).

Should we, though, be fearing the fact that global warming has started to put ski resorts into meltdown? Highlighted by the media, the warmer winter temperatures did, at least, focus the world on the potential catastrophe for ski resorts. What are they doing about it? Plenty. Check out The Future for Skiing and Snowboarding.

But, while the doom mongers ring their hands, there is the fact that a drought this winter was predicted because of the weather patterns at the end of last year.  Our long range weather forecast, that we compiled months ago for this winter, foresaw potential warm weather thanks to the La Nina effect - or lack of it in Europe.

Whether there's more snow in the northern Alps, mid or southern is down to the gulf stream - and serendipity. In Serre Chevalier we might be the ones with no snow, next winter. In fact, take that as another of our accurate snowfall predictions and go to another higher 'snow-sure' resort. Leave us to our peace and pow.