Skiers traditionally have it easier with lightweight touring skis and skins making light work of the deep snow underfoot while for boarders, there's the daunting prospect of snowshoes, trudging with board strapped to their back, sinking into the tit-deep snow, swearing at the skiers ahead. Unless, that is, they take the split decision.

Over the last decade, the rise in alpine backcountry touring has grown immensely as more riders join the hunt for champagne powder, steep couloirs, tree-lined powder fields, peace and tranquility. The idea of getting away from busy resorts, lift queues and snaking ski schools and simply heading into the wilderness is appealing to most. 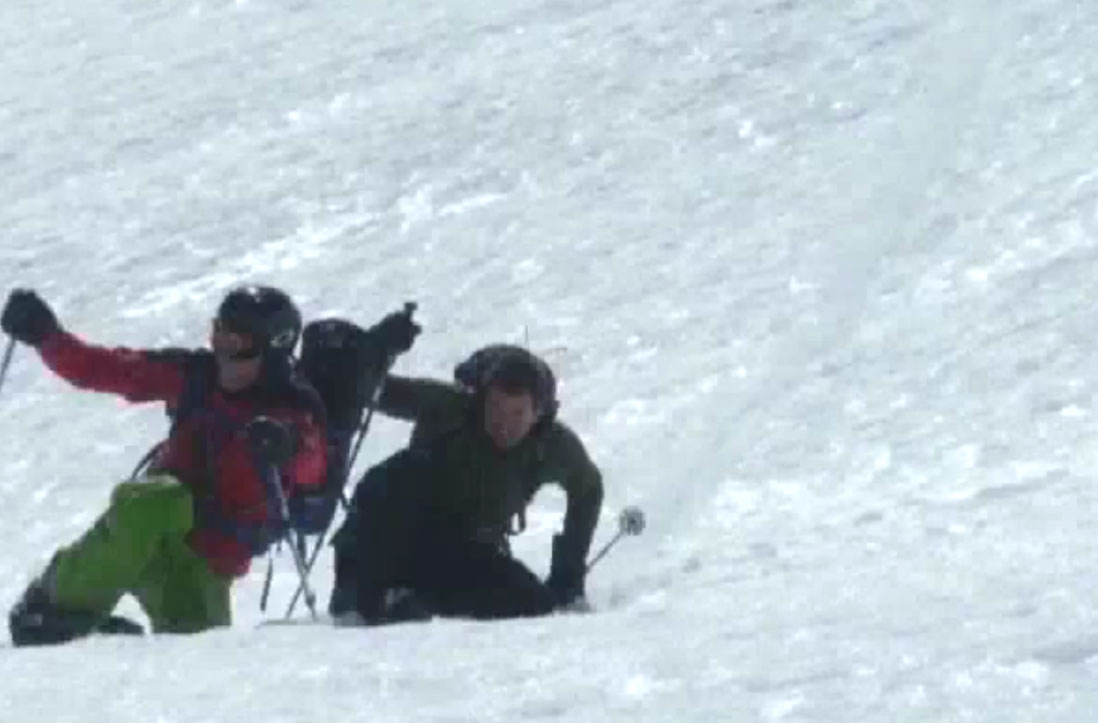 The advantages of riding a splitboard are huge. The world is your oyster. It is your own golden ticket to far away valleys, high peaks, hidden powder stashes and epic couloirs. You can hike glaciers, feel the fresh mountain air penetrate your lungs, exercise those powder hungry legs of yours and do it all with a big smile on your face.

In the late 1980s, a Utah local named Brett ‘The Cowboy’ Kobernick spent a week injured at home with a broken snowboard next to him. He decided to try and put it back together and a week later, the splitboard was born. He marketed it with Voile Snowboards and now after 25 years the industry is finally making waves

The last decade especially has seen a huge rise in splitboard production. A simple, yet cunning design comprising of a snowboard, sliced down the middle and clipped back together. Worn as a set of skis with climbing skins to go up, the two halves are reconnected at the top, the bindings are switched round and you strap in, ready to shred.

One pioneer of adventurous backcountry touring is the legendary Jeremy Jones. Riding since 1983, bunking school on powder days and hiking resorts before snowboards were even allowed, the man eats, sleeps and breathes snowboarding. God, the man probably chews on board wax for breakfast just so he can ride harder. He set up Jones Snowboards in 2009 to 'make innovative backcountry snowboarding equipment that reflected this passion for technical progression'. What has emerged is an incredible range of splitboards designed by a man at the peak of the industry.

Jeremy Jones touring on his splitboard from his new film, Further

Other companies such as Lib Tech, K2, Burton and Volkl have also jumped on the bandwagon. It was noted at last year's ISPO sports trade show that the variety of splitboards on show is increasing annually as demand grows. There have been significant improvements in the never ending quest to achieve the Holy Grail of splitboards that rides up like touring skis and quickly turns into a snowboard to come down. The Karakoram lockdown bindings created by the American mechanical engineer snowboarding twins, Bryce and Tyler Kloster, have already managed to overcome gnarlier issues such as skinning on a traverse and holding an edge without adding on ski crampons.

Now it’s understandable some of you will be questioning the costs, but fear not, it’s not as much as you think. Yes, a splitboard with climbing skins and the rest of the equipment is a bit more expensive than your regular board, but it’s an investment worth making if you’re serious about the backcountry.

A Jones Solution will set you back £700. Add on skins, collapsible poles and the binding interface and you’re probably looking at about £900. Keep your eyes peeled, however, as many retailers will be offering it as one big sexy package. Obviously there are more expensive set-ups floating about and you can even buy a kit that allows you to use your old board to create your very own splitboard.

Various extras include crampons to aid you with steeper, icier terrain and a decent pair will set you back about £60. Steeper terrain may also require an ice axe to stop you slipping so budget £50 for that. All in all, a good £1500 will see you set up for years to come.

After recent events involving Formula 1 legend Michael Schumacher and various fatalities and heli rescues, the dangers of backcountry riding have never been more acutely highlighted. An avalanche training course is advisable if heading out into the backcountry. And so is going with a local guide. It can be a dangerous place and you might be the best skier or snowboarder in the world, but gravity doesn’t play by those rules and it doesn’t take much to set a snow pack in motion.

Even Jeremy Jones can get caught - see Teton YouTube video

Every resort will offer avalanche courses, be it a one day introduction or a week long in depth analysis of the mountain environment. As a rough estimate, a one day intro course in Chamonix will set you back €95 and you will undertake some indoor theory, an outdoor practical session, as well as learning to use a transceiver, probe, shovel and harness.

For the serious backcountry riders out there (and the not so serious, too), choose a four day advanced AIARE2 course. For €495, it will give you full backcountry training in avalanche awareness, rescue, equipment, weather prediction and pretty much everything you need to know about safety issues with backcountry riding. 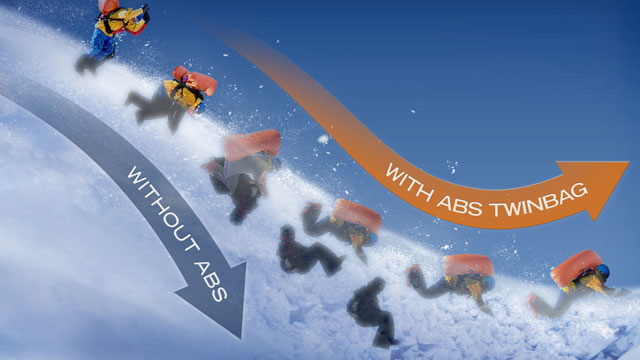 How an ABS bag helps keeps you afloat in an avalanche

But, as they say, a little knowledge can be dangerous giving a false sense of security, especially when riding with friends. Safer still, go with a local guide who knows the terrain. It’s really not as expensive as you would think. A full day will set you back about €350 between up to six of you (so about €60 each) or mountain guide companies will provide half day morning or afternoon sessions for even less outlay.

Also, take a transceiver, shovel and probes – and make sure you have fresh batteries in your transceiver. ABS bags are increasingly worn by off-piste and backcountry riders. Yes, these airbags that inflate when you activate them in an avalanche, are expensive at around £600 but have saved lives.

Everywhere you look these days you see footage of pros slashing powder, weaving through trees, launching off wind lips and generally being awesome and it’s because they have access to the backcountry through helicopters and snowmobiles. For the snowboarder who isn’t a qualified chopper pilot then the splitboard is your vehicle. If you’re willing to put in a little hard graft climbing then you can reap the rewards and it is totally worth it. The phrase ‘earn your turns’ has never been so apt. 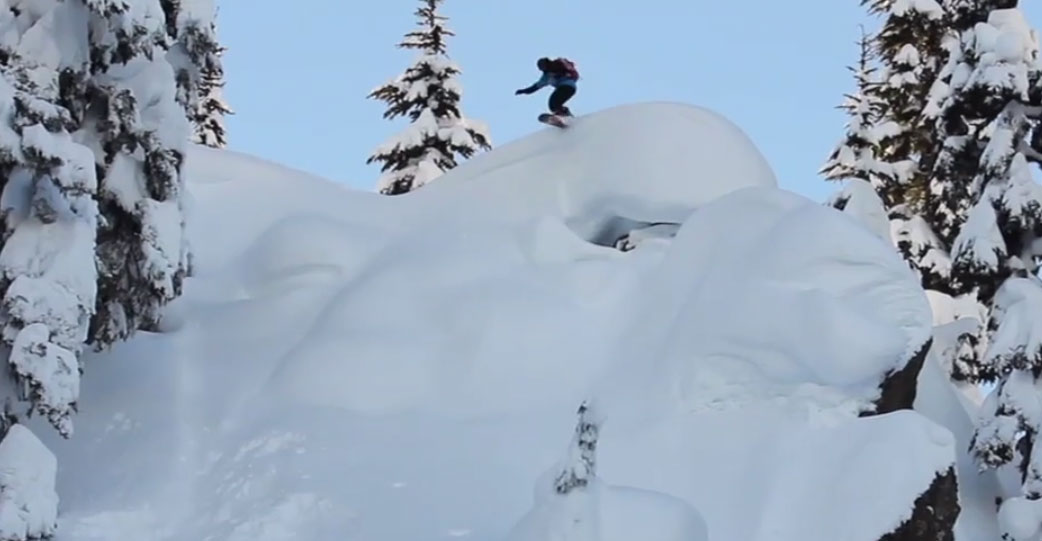 Anyway, with splitboarding, it’s the experience of hiking, being outside, being away from modern amenities and being with friends that makes it so special. Going up can be just as amazing as coming down. It’s the journey, not the destination. And, of course, the ride down.