Weather-watching and col cycling in the Alps in July 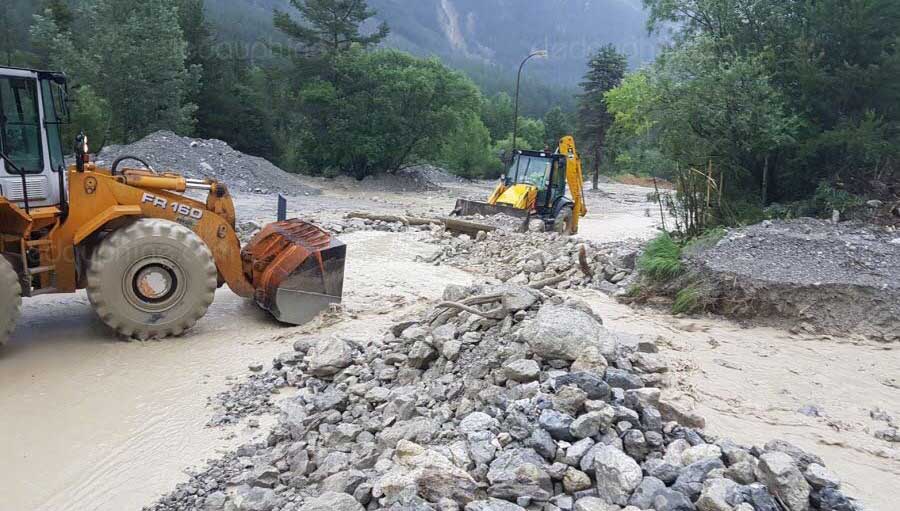 Now there's the threat of lightning and flash floods

After the crazy hot temperatures of the previous week, when cycling in the Haute Alpes we now have another weather phenomenon to deal with, the lottery of mid to late afternoon storms...

After the crazy temperatures of last week, we're back to more typical summer weather conditions in the Alps.

It was always going to happen; when the weather broke there was a very high percentage of storms and indeed that was the case last Sunday as we had a massive storm that lasted six or so hours.

And since Sunday we have had more of the same, so by at least 19:00 there's the ever-present rumbling of thunder.

What does happen though is that some parts of the valley will not receive as much rain as others and other valleys can suffer flash floods while elsewhere the storms are not so violent, as in the case of the Nevache Valley (photo above), which has been cut off twice in the past week due to landslides caused by flash floods.

Temperatures now in the morning are probably 10-15 degrees down on a similar time last week. As I type this at 09:35, there's not a cloud in the sky but the temperature is only 14.5C; this time last week it would have been 24.5C.

The cloudless sky, however, will slowly see clouds bubble up, and that is very much what to look out for when cycling in the Alps in the summer. Best to get out early in the morning; you might have to carry an extra layer and really, if at all possible plan your ride to be off the road by 14:00.

That said some days could well be storm-free, and the forecast will generally give you a good idea.

I tend to use Meteo Ciel, not least because over the years I understand the vagaries of what is portrayed, and combine that with looking out of the window!

For instance, today Thursday (Jeudi) 4th, there is a high percent of storms from around 14:00 and you'll have a good idea of the likelihood of that by the amount of cloud that is bubbling up throughout the morning.

Whereas tomorrow, the forecast is for sun all day, and that usually is a good indicator, but again in the sunshine, by mid-afternoon temperatures could be in the 30s so again best to be on the road in the morning as opposed to the afternoon. 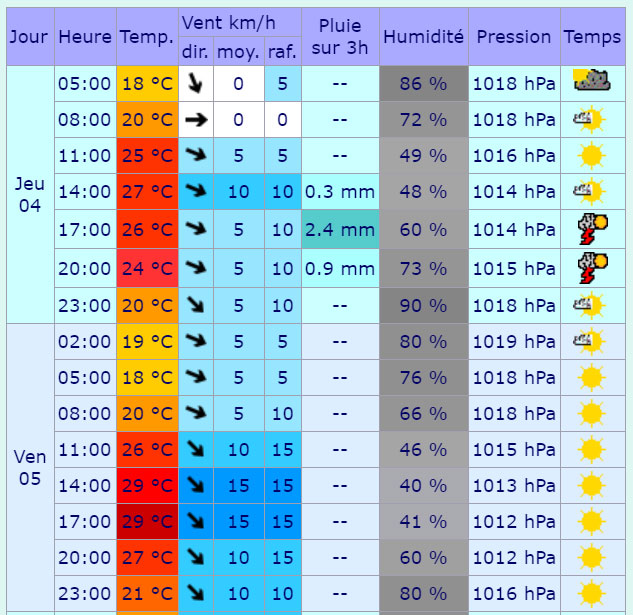 This is the Cols Reserves week when some of the legendary cols are only open to cyclists in the mornings.

Unfortunately, it's not quite what it used to be, as there is now huge pressure when closing roads for three hours, and this week the event on the Galibier was cancelled. Aside from the cancellations, the exact timing of when they might be closed is a bit of a French farce, as for the Izoard tomorrow one official site is saying 09:00 whilst another 08:30 and different people in the tourist office in the Queyras advising varying times.

Yesterday was the turn of the Col de Granon, and as ever it was a tough climb and was good that the road engineers had been up there clearing debris from mini landslides produced by the storms of the previous evening. 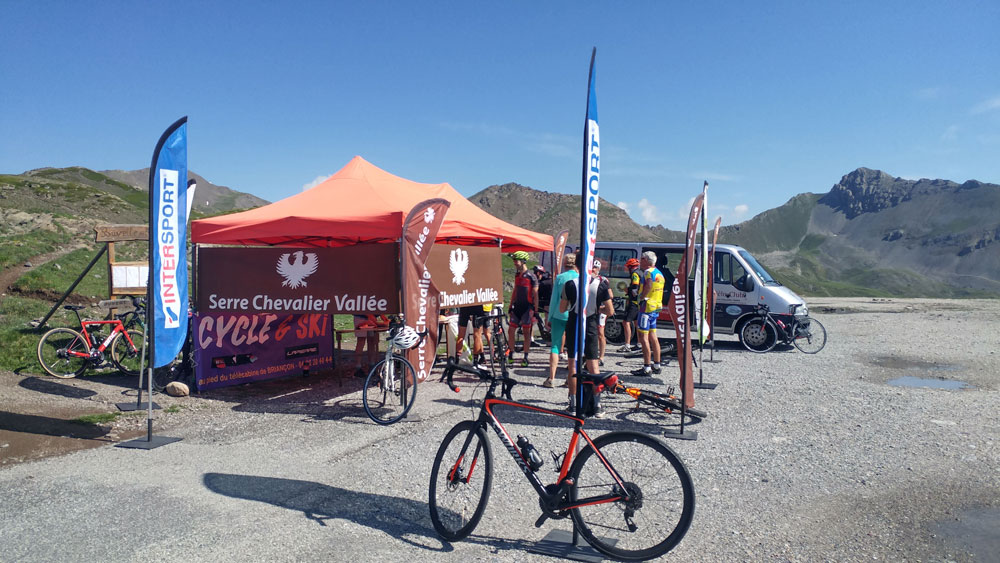