UP, UP AND AWAY. The Supergirl Snow Pro Festival 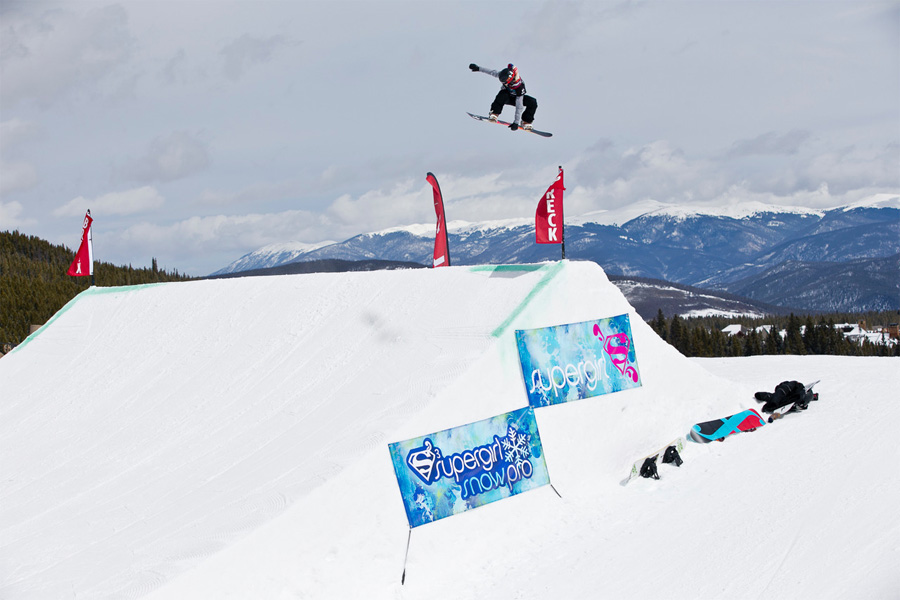 This month on 17th-18th March at Bear Mountain Resort in Big Bear, the Supergirl Snow Pro Festival will once again be held uniting women snowboarders, pros and amateurs,..

For the past 12 years, the Supergirl Pro Series has been the world’s only large-scale all-girls action sports competition and lifestyle series. Developed as a celebration of female empowerment, the series features the top female athletes in snowboarding at the Supergirl Snow Pro Festival.

The event is designed to not only showcase the best female snowboarders on the planet, but also to also serve as a developmental contest to help locate, nurture, mentor and encourage the next generation of aspiring snowboarding pros. Ten-time X Games Gold Medalist, Lindsey Jacobellis, and Olympic Gold medalist, Hannah Teter, are the voices of the event and its inspirational leaders.

The Supergirl Pro Series serves as the foundation for a Women’s Week supporting the female empowerment theme of the Supergirl Pro platform. More than 40 elite-level female pros are expected to compete at the Supergirl Snow Pro Festival in addition to over 100 top female amateur competitors from around the globe. The event is accompanied by a Festival Village including live concerts, yoga, fitness, women DJ’s, dance, workshops, and other female-driven entertainment.

This is the 12th year of the Supergirl Series and the eighth year of the Snow Pro supported by Boarding for Breast Cancer, Protect Our Winters and No Place for Hate (bullying prevention).

Main image: Up, up and away, Supergirl Pro Serena Shaw.