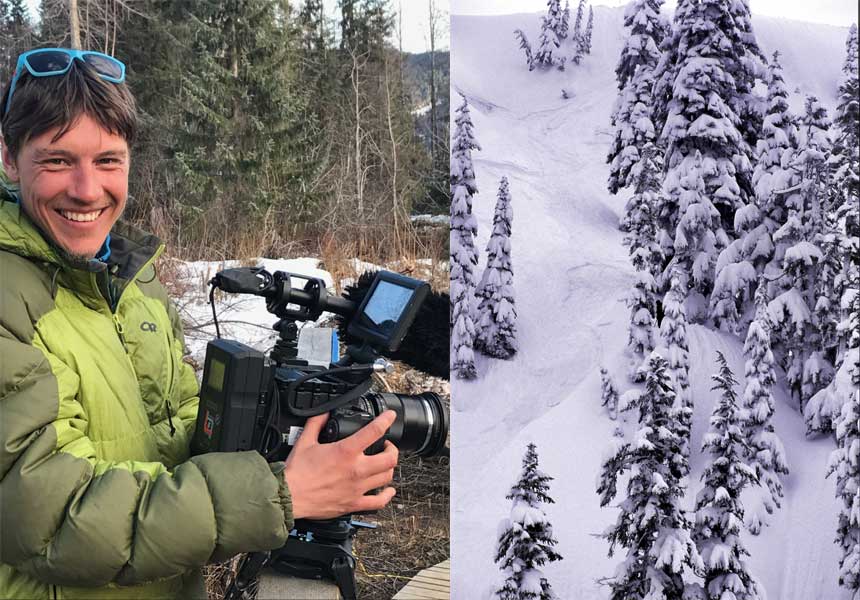 Is it worth the risk of a deadly avalanche to get a great ski or snowboard action shot? Ask photographer and snowboarder, Sam Giffin, who survived being buried to tell the tale

Sam’s whole life revolved around the slopes. He lived and breathed snowboarding, making more and more highly regarded ski films and going from strength to strength on the mountain. But one day, it all came tumbling down and changed everything. We spoke to Sam to hear more about his story Into The White, his experience getting caught in an avalanche and how this influenced his next film Kodak Courage...

Tell us exactly what happened to make you question your future in skiing – both in front of and behind the camera - getting those ever more dramatic shots?

I've always felt anxiety about going on adventures in the mountains, as one should.  However, there is a degree to which your fears are exaggerated and I've always blamed myself for being scared, or not tough enough.

It all came to a head the day I got caught in an avalanche. My brothers and I had decided to ride the 'safer' backcountry zone at Mt. Baker known as The Elf Chutes. This is an area that is regularly bombed by ski patrol, which does make it somewhat safer than other areas—but it is also incredibly steep.

Half way down the run, I was completely unexpectedly swept off my feet by a wave of ferocious, liquified snow (see main image above). It took me head over heels down the mountain side and I was buried in what felt like an elephant of snow. I couldn’t move and I could feel the air around me becoming warm. I was getting sleepy.

Luckily my board was sticking out of the snow a little bit, so my brothers and friends could see where I was buried. They got me out after about three minutes and I knew I was going to be okay. But the experience really shook me. It all scared me after that: driving to the mountain, being at the mountain, even hearing friends talk about the mountain. And I didn’t want to buy into the lie. The idea that we take these risks and capture them on film to ‘inspire’ others. I didn't want to tell people they should quit their jobs to ski - to pursue this passion - when ultimately they could get seriously injured or even killed. It just didn’t seem worth it to me anymore.

What were the conditions like that day? Did performing for the camera cloud your judgement or could it have happened anyway? 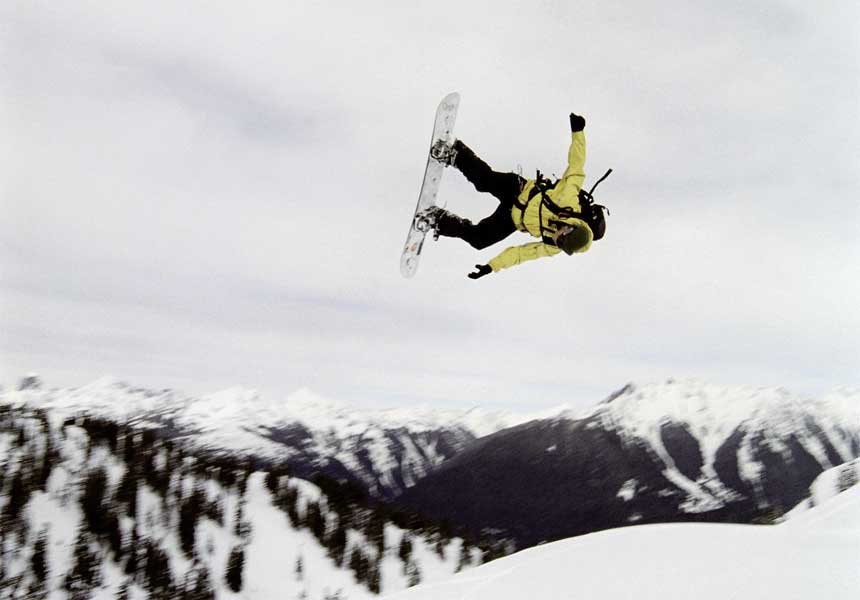 It was a calm, overcast day, with 20 inches of new snow. The snow was wet and heavy and the avy report was considerable. I think the avalanche could have happened anyway but I was definitely thinking about the camera on the way down. My brother was filming me from the other side of the mountain and I was imagining how sweet my turns and cliff drops were looking (Sam shot in mid-air action, above). Normally on this run, I would have pulled out for a rest in the 'safe zone' but I continued on for the camera. I entered the next slope with too much speed and slammed on the breaks. Then it hit me.

How close do you think you came to dying?

I was only buried for three minutes and generally, if you’re out by the five minute mark you’ll be okay. Longer than that the risk of suffocation increases dramatically. Forty-five minutes buried and only 20-30 percent would make it out. So, I was definitely one of the lucky ones, but it was still an experience I never want to repeat.

What made you get back behind the lens? 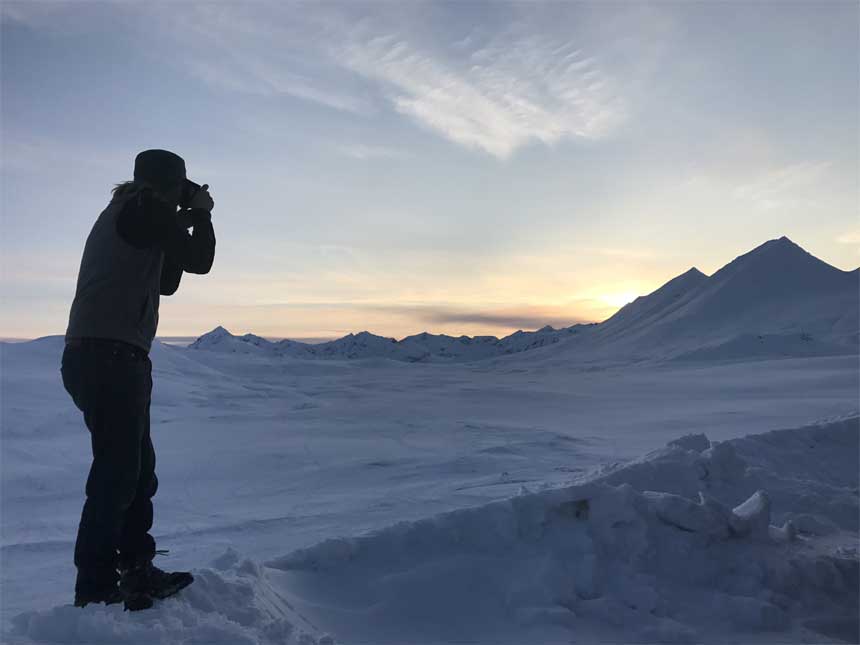 After I stepped back from ski filming, I started to get offers to do it professionally – typical. It was a difficult decision to get back to it but I realised that I wasn’t making any impact by just taking myself away from the industry. People – my brothers included – were still taking the risks that I was now so against. This is how Kodak Courage was born. I realised that I could actually make an impact with my ski films and that my work could spark valuable conversations about the safety of performing tricks like these in front of the camera. I guess that was the motivation to get back behind the lens (Sam above).

Now, while filming, how do you weigh the professional demand for an awesome shot against the fear of potential danger?

I've become known as safety guy (or scared guy).  But I’ve been able to find a balance: pairing the risks with the rewards and making sure that I step away if I’m uncomfortable with filming something I don’t think is safe enough.

How do you manage not to close your eyes, let alone film when your brother Zack is facing extreme conditions?

I won’t lie, I do find it hard. Most people don't understand why I take it so seriously but for me it’s about contributing to something dangerous.  Skiing and snowboarding are already dangerous.  And when someone pulls out the camera, generally people go bigger, try harder and increase the risk. I feel crazy, weak, and unhappy when I’m filming people I love risk their lives. The only power I have is to say, 'I won’t film it'.

Does worrying about avalanches affect your riding today? 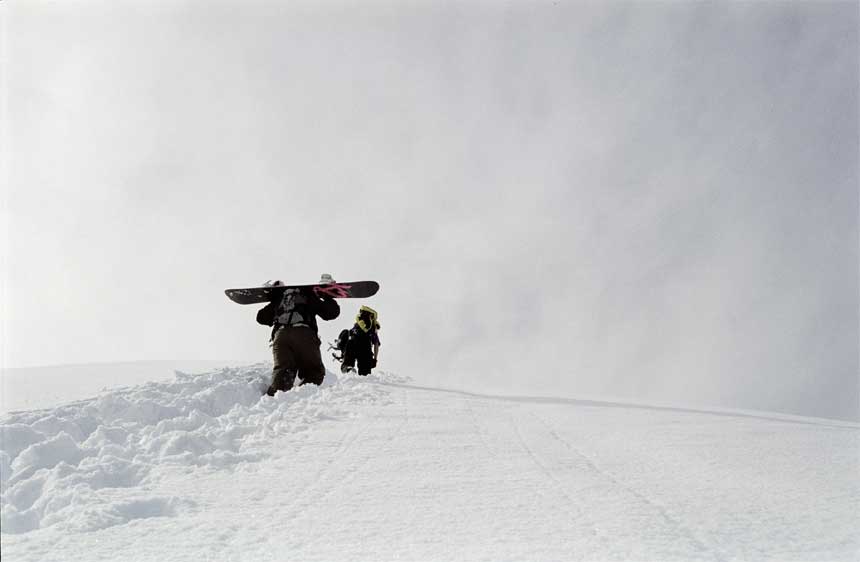 Yeah absolutely. It’s still something I think about a lot and it’s definitely true that I don’t take the same risks as I used to when I’m riding. I just don’t think it’s worth it.

What's your best (stills) action shot that you've taken? Was it pre or post avalanche?

It’s hard to say to be honest – I think the avalanche had an effect on what I’m willing to shoot and film but it hasn’t stopped other people going big so I still get those awesome shots. I would say that my favourite part of Kodak Courage is the clip of myself and my brother on the mountain peak at the end (image below). It shows my change in character having rekindled my spirits with the big snowy mountains and a change in my brother, as he meets me half way. 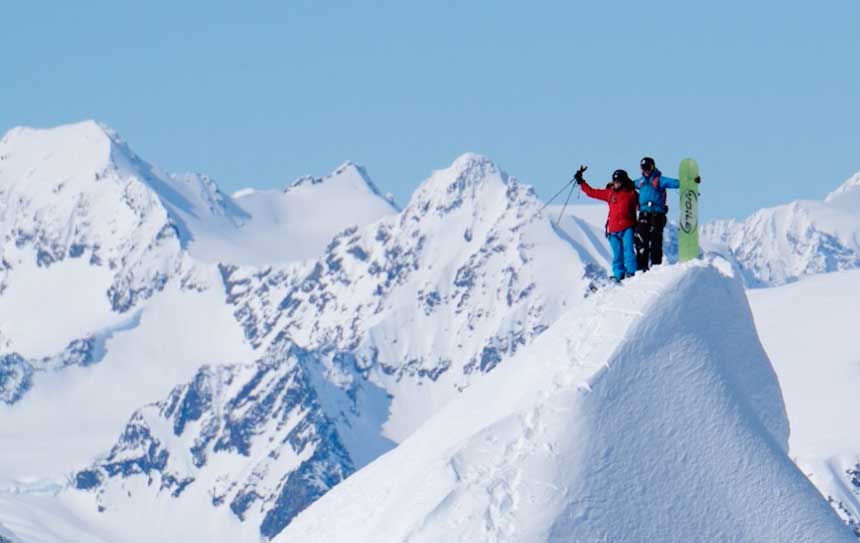 What is the moral of your story that everyone can learn?

For more about Sam’s story and Kodak Courage, click here.