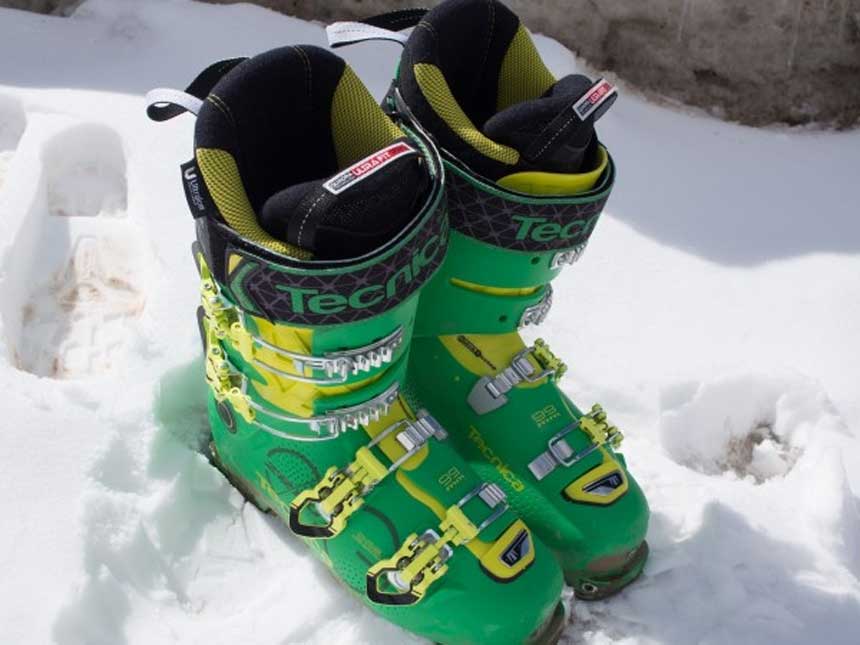 In an amazing 'feat' of endurance, orthopaedic surgeon, Paul Harnett, broke the Guiness Record for running in ski boots, completing the London Marathon in a 'blistering' 5 hours 30 mins...

You'd think Tecnica would be shouting from the mountain tops about the fact that their freeride boots are so light and comfortable that you can run a marathon in them?  Worn by orthopaedic surgeon, Dr Paul Harnett in last week's Virgin London Marathon, Tecnica touring boots have just made the Guinness World Record book,

Paul, who is a hip fracture specialist, completed the 26.2 miles around London in the blistering fast time (yes, literally) of 5 hours 30 minutes breaking the previous record for running in ski  boots by 22 minutes.

According to Profeet, London sports footwear specialists, who fitted Paul's boots, he was wearing Tecnica's Cochise boots with Alpine soles but, to us, they look like Tecnica's Zero G Guides with 110 flex, not the lightest freeride boots in the ski (or running) world.

So far, Paul has raised £5,737 for the British Paralympic Association and the British Orthopaedic Association. Help him reach his target of £10,000 for his amazing 'feat' by sponsoring him here.