The Serre Chevalier ski season stuttering to a finish 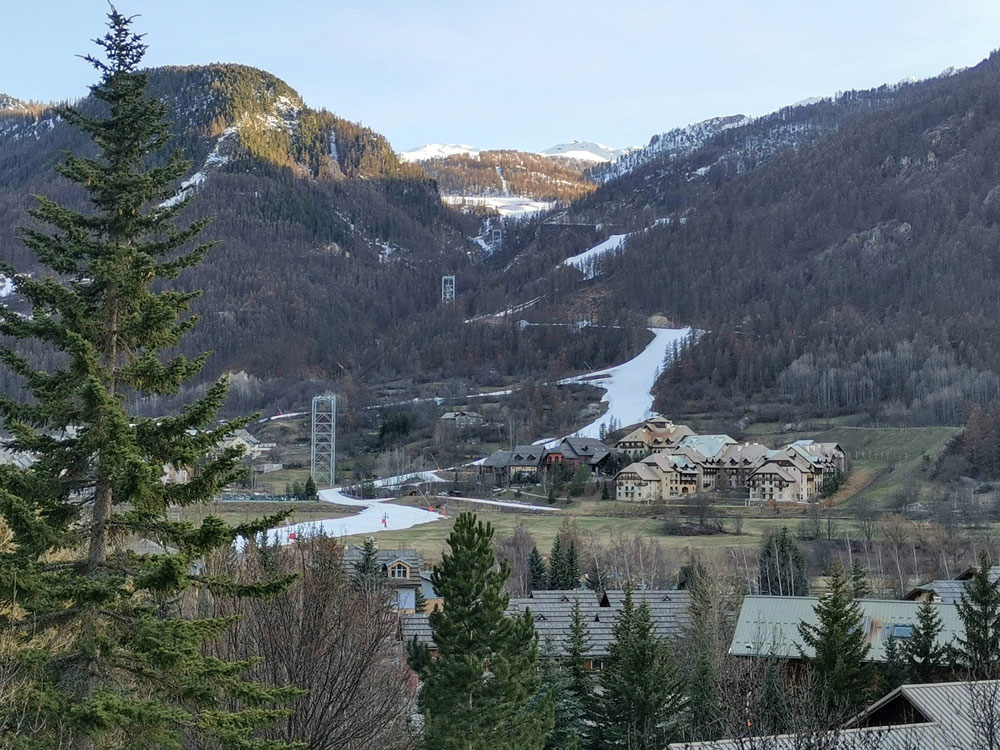 Serre Chevalier has displeased the Snow Gods this season, the icing on the cake was substantial snowfalls in the Northern Alps and on the Italian Frontier

And yet nothing in Serre Chevalier, however Montgenevre, 11km as the crow flies scored 30cm and Claviere just across into Italy nigh on 40cm

Firstly apologies for no updates to the blog recently, maybe in part that was due to nothing worth blogging, or maybe I'm a little jaded with regards to the season, but that's me just being churlish.

Those here out on holiday have had a great time as the pistes have been providing superb skiing conditions, vastly helped by being devoid of people.

The weather has been very up and down, however, nowhere near as bad as some forecasts had predicted.

Our daughters came out to visit and after what seemed eternal sunshine for the previous month or so beforehand the forecast looked distinctly grim. But what Serre Chevalier does do well is always prove the forecast wrong. There was only one day when it was not worth skiing. For all the other days it was possible to sit out having lunch on a restaurant terrace, after getting early lifts to ski the groomed pistes that gradually turned to mush by the afternoon.

On the Friday of that week, various forecast sites were predicting upwards of 20cm overnight into Saturday. We actually ended up with snow flurries and zero on our van in the parking below in morning. Then reports started coming in that there had been a substantial snowfall 11km away in Montgenevre, so with one daughter, I drove up to Claviere and was amazed at the ever-increasing accumulations.

An hour or so later my daughter was bravely attempting off-piste in the trees in 40cms of powder (her first time) and was thoroughly enjoying the experience! 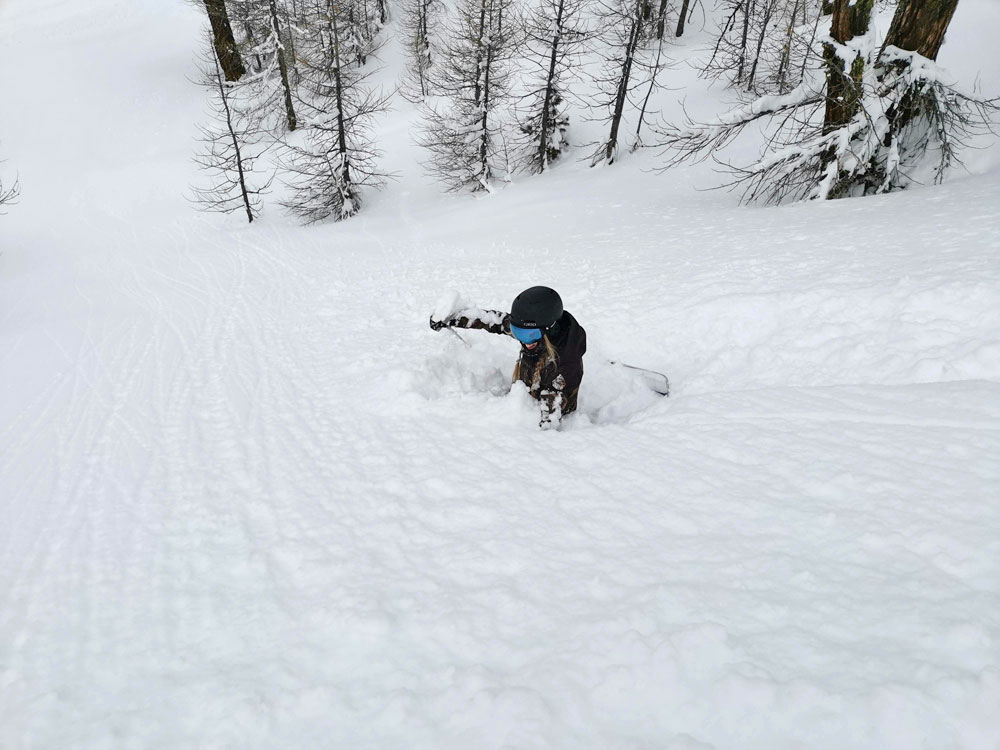 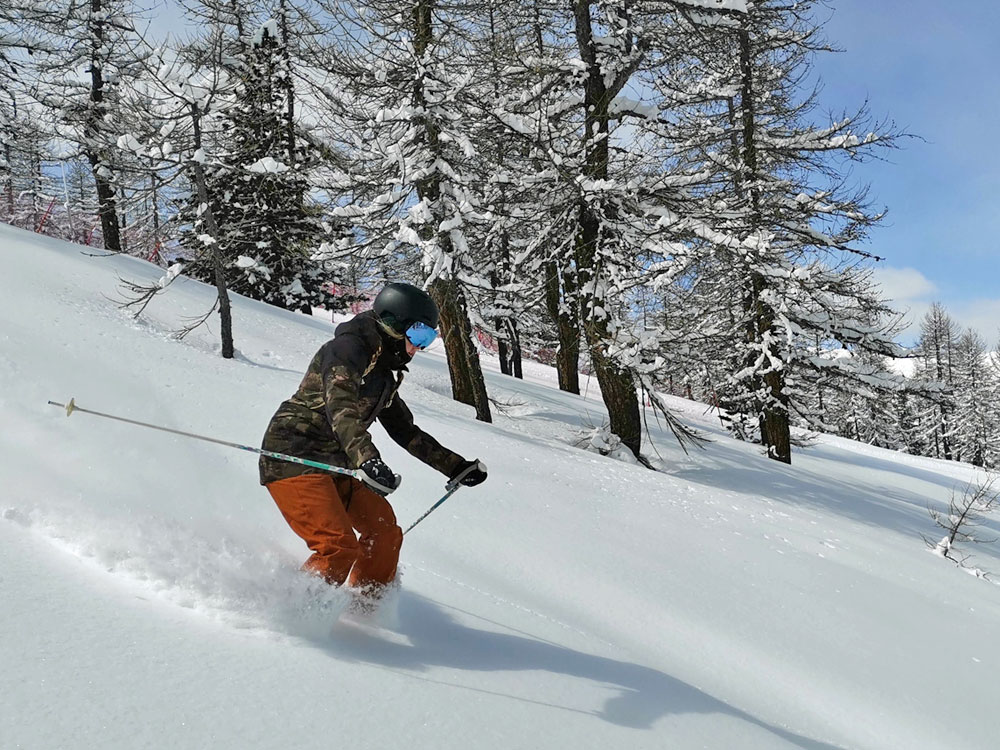 They went home on Sunday, and Monday I used the E-Mtb to go up and investigate the snow on the Italian Frontier. Here, the snow was so good that I went again the next day, and as you can see from the video the conditions were rather sweet.

The following weekend we ended up with around 25cm, though if you believe Social Media it was being reported as 35cm. What was omitted from the publicity was that the snow was a result of nearly 36hrs of rain, and below 2,000m it was almost impossible to ski.

We went for first lifts Saturday morning and it seemed that we had the resort to ourselves doing three laps of Clot Gauthier and scoring first tracks on each of the three available descents.

However the off-piste was a little more challenging, and many friends reported that they tried but quickly came back onto the piste. After seeing an ESF instructor getting some turns in under the Vallons chair I gave it a go and it was not too bad, but quite technical to ski, I did it once more and then called it a day, as by then, the wind was kicking in big time, which has often been another weather story of the season.

Since then I've managed a couple of decent ski tours up at the Lautaret, but think that's worthy of another blog.