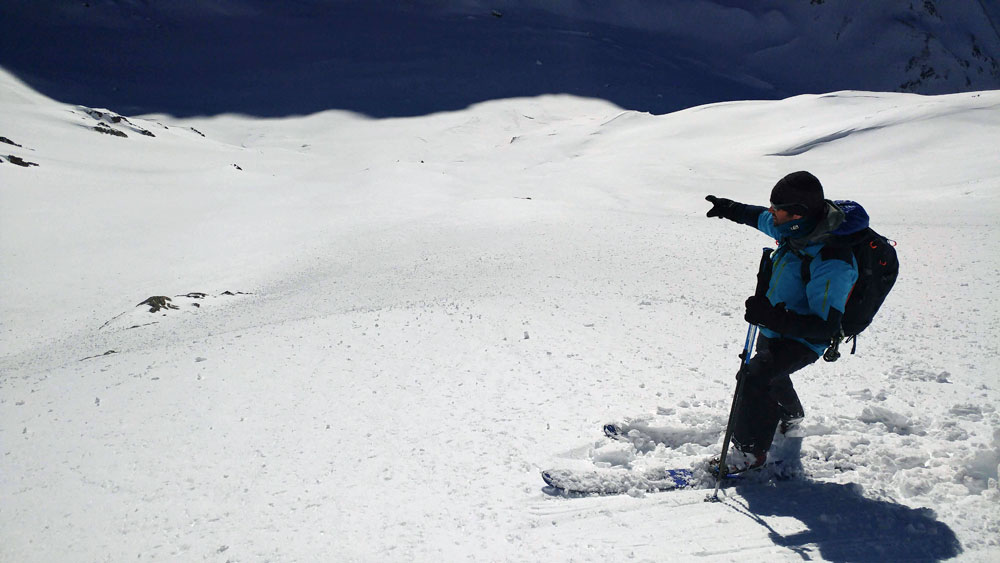 One of the better trips over to La Grave

An unfit piste skier of vintage years how would they cope with La Grave? He was adamant no couloirs, no ski touring and he would use his own 85mm skis

So a good mate of mine I've done a fair few trips with had managed to talk one of his mates (Simon) who he met at uni many many years ago into coming to La Grave for three days.

They had both done the Haute Route 37 years ago, and it had scarred Simon for the rest of his skiing life to the present, so much so that he never toured again, or ever really skied demanding off-piste, and was more than happy cruising the pistes of Samoens where he has a place - he's of the school where he will not let skiing get in the way of having a good lunch.

He said from the outset that he would not change to fat skis, would not ski any couloirs and would certainly not ski tour, and his level of fitness was pretty bad, not helped by still smoking at nigh on 60yrs.

That all said he was a very good piste skier.

My mate had booked our trusty La Grave guide for the three days and before he had even ventured out on his first day Simon had been taken to the ski shop by Per and was tooled up with some reasonable fatish skis 106 wide.

On the first lift up he was white as a sheet and very quiet for the 45min ascent.

Per led and I followed behind Simon and it soon became pretty obvious he was quite a nifty skier, we encountered all types of snowpack apart as well as lush powder and he was quite adept at skiing pretty well everything.

As he was a good technical skier his lack of fitness did not really show, and I have seen many other fit skiers out of breath and complaining of leg burn well before he started to.

So after one long Vallons run to P1 it was back up to P3 and a Chancel run and it became pretty obvious where Per was heading to, and that was Banane Couloir. The look on Simon's face was classic, but Per gradually led him down and then when he was happy that Simon could handle it decided to let rip as you can see in the vid.

We skied all the way back to P1 then back up again and then down to Chancel for lunch, then back to P1 where he peeled off and we went back up and did a Chancel breche and then a long traverse to come in over the rock garden above P2.

So was a damn good day, and not at all busy considering it was high season hols, you just do not see many people as soon as you go away from the main routes.

This is the vid from that day.

The last clip is when I try to hang on to Per as we do the second pitch into the rock garden and you can see a few hidden sharks that you have to keep an eye out for.

Next day Per's plan came good, and as the glacier opened up we were one of the first groups - while many another decided to ski the glacier and do some of the classic road runs Per was convinced that it would still be cold snow over the top and down to St Christophe. And he was not wrong, we had well over a 1000m descent of first tracks in some great snow, though ironically where he thought it might be better actually in the Vallons itself it was more wind affected, but I'd take the 1000m of fresh any day over the more droll Vallons run out.

Especially as the last time, I did it was on a snowboard some 20 years ago and we must have walked the last 7 or 8 km.

This time there was a group of snowboarders behind up and Per was right when he said that they would get to the restaurant just as we were finishing desert.

Per's son (in the green) and his wife also came with us and they too can rip it up, Jojo actually uses the same skis as me !

One avalanche did go off as we just skied two pitches and I caught the end of it. Per was worried that more would come off the south facing ridges above us once we were well into the Vallon hence we skied well in the shade on the traverse away from any possible slides but the snowboarders were unable to take that line.

Simon actually did the traverse quite well as there is a fair amount of walking and poling and his lack of fitness did not show, so late that afternoon he was fitted up with touring gear for the next day.

We went up to Chazlet which is a big favourite of mine, and you can take the lifts (day pass only €18 and then skin the plateau/ridge with stunning views of La Meije and Girosse glaciers. First climb he was not too bad, after lunch second which was a tad harder he was fecked, but skiing was superb, and we ended up more or less skiing pass the old Chaumine Skiers Lodge where I first stayed many many years ago and now in Ventillon there's a great bar to have a well earned beer.