Ski wear brands have become ski wear blands as this season sees the same old, same old. So what IS new for Winter 16/17?

Have some major ski brands dug themselves into a snow hole unable to escape with stand out styling? STYLE ALTITUDE Editor, Elaine Deed, looks at what is REALLY new, this winter.

It’s a new ski season – and a whole new reason for buying kit. So how about a ski jacket? You want something cool, something stand out, (but in a good way, of course).

Let’s look at what the top brands are offering that’s going to make us want to reach for the credit card because they’re so damned irresistible.

How about that blue all mountain Brilliant jacket from Salomon for £300 (above)? Or wait, isn’t it really similar to the Arc’teryx Kappa Hoody for £360? Also, almost identical to Patagonia’s Insulated Powder Bowl jacket at £380 and Norrona’s Falketind Gore-Tex one at £349?

And, actually, now I come to think of it, are any of them that different to what you wore last winter?

There was a time when you could tell a Descente from a Nevica at a hundred paces. Now many of the top brands seem to have morphed into each other with all mountain, shell or down jackets looking the same - and identical to last season. And don't get me started on ski pants,currently the most boring item of clothing on the mountain according to some ski wear manufacturers.

As a stylist and former fashion editor on national magazines, I’m used to seasonal change when it comes to clothing. And, yes, often it IS change for change sake but that’s what makes the fashion world go round – and keeps Karl (Lagerfeld) in the manors to which he’s become accustomed.

Much as I applaud conservation and the concept of keeping a ski jacket for 10 years – indeed one of my favourites is four years old and counting – it’s really not helping the action sports industry dig itself out of its financial snow hole when major brands seem too conservative, too afraid of change to offer any creativity when it comes to ski and snowboard wear.

They might blame bad winters for their uphill struggles but I believe that a distinct lack of excitement in the design area has held them back like worn out skins on touring skis.

This winter, there's all the fanfare about fabrics. Drum roll, please, for the lighter, more breathable, more wind resistant, more waterproof, less toxic fabrics we can now have for skiing and snowboarding. But you know what? Manolo Blahnik did not make his millions extolling the virtues of warmer feet.

Added value, style wise as well as in terms of function, is essential.  Indeed, the new hype is around ‘Athleisure’, clothing that doubles for sport or fitness and leisure because people like to look athletic and sportive even when they're not in the gym or yoga class. According to figures, only half of the ski wear sold in the US is actually used for sport. This is even more reason for style to matter as much as performance. Even if you do ski, when you're paying over £300 for a jacket you'll certainly want to wear it for more than the week or two you'll spend on holiday in the moutains.

You could argue that it's the technical part that counts for ski and snowboard wear and style isn't that big a deal in the mountains unless you're from the Glossy Posse Snow Tribe demanding the latest Swarovski crystal, diamante and fur trim. But I've known even the gnarliest mountain guide be in touch with his inner Fashionskista when it comes to wearing ski wear that looks as good as it performs.

Even brands with their DNA in snowboarding can fall into the trap of same old, same old, with jackets that might be looser and longer and grungier but, in the end, virtually indistinguishable from the snowboarding mountain herd.

Yes, there are stand out brands who ARE blazing a style trail. Notably, Picture, who are also pioneers of eco ski clothing, using recycled polyester, organic cotton and non toxic fabrics. Surely the future for all mountain brands? 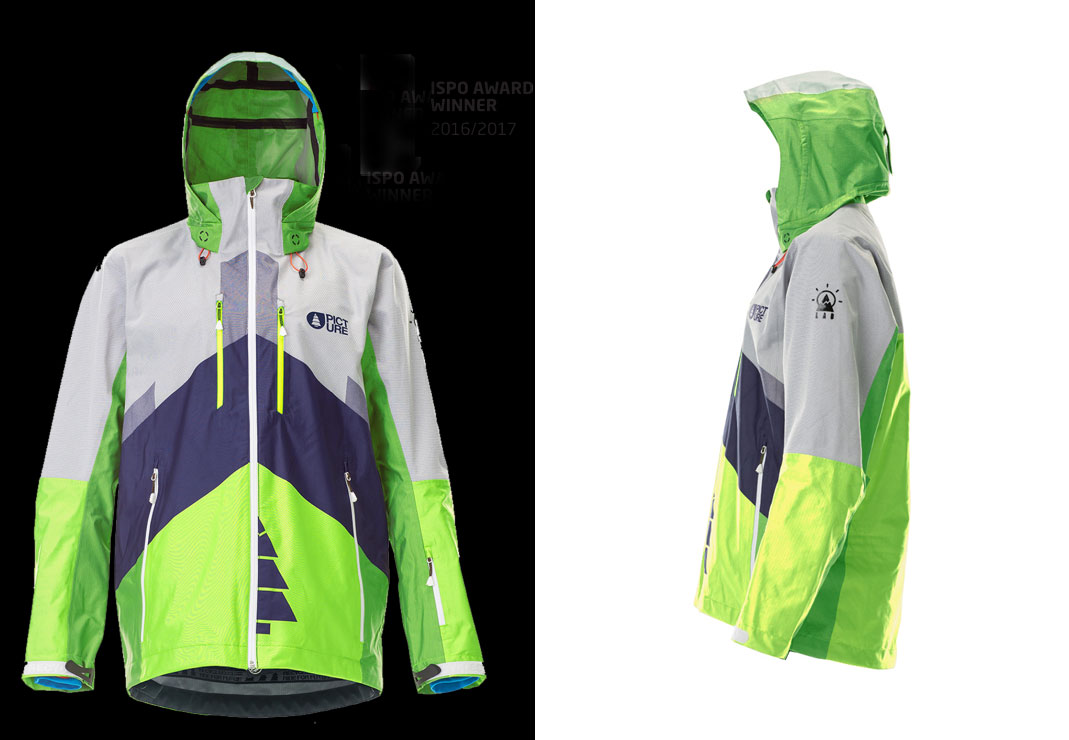 Their ENO 2.0 jacket was an ISPO award winner for this season because it not only looks good – and like no other jacket on the mountain – but it also features a unique construction with bi-density seamless jacquard fabric and body-mapping. It’s made of 85% recycled polyester and has a lifetime warranty.

Which is great if you really want to wear the same jacket on the mountain until your teeth fall out.

And okay, okay there are other ski and snowboard brands who HAVE put effort into style, this winter. One of our team has already ditched an underwhelming Patagonia for the inspiring style, function and versatilty of the Ortovox line. And I'm incredibly tempted by SCOTT's latest jackets which always have their cool distinctive style and are a great flattering fit.

If you want to stand out from the bland mono-colour crowd, go for the block colour trend going on among the more style savvy brands out there. Here's our pick from Burton, SCOTT and Ortovox. 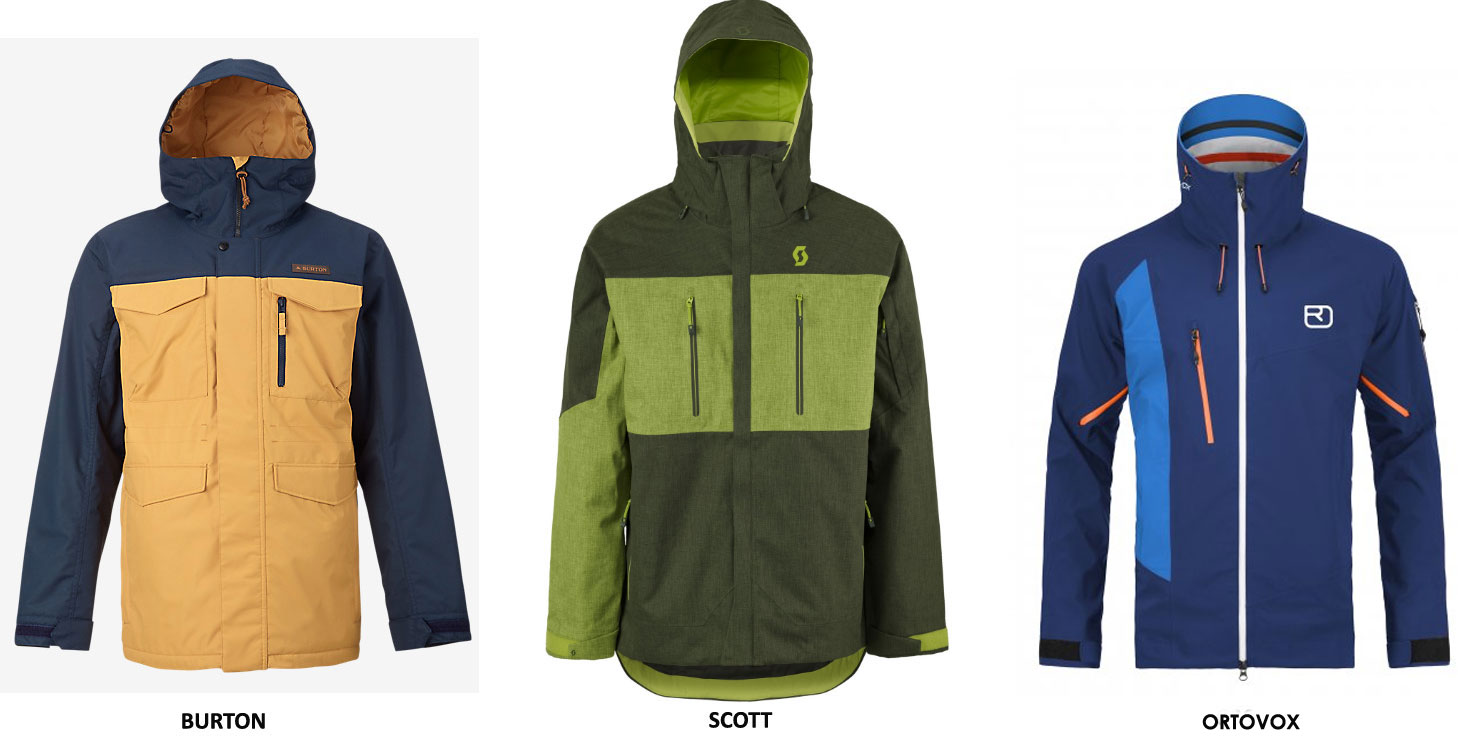 Note To All Ski AND Snowboard Brands. If you've been affected by this feature and would like to talk please get in touch with us at Style Altitude for styling consultancy: style@stylealtitude.com