One Ski Future for Touring, Powder and Piste 2022 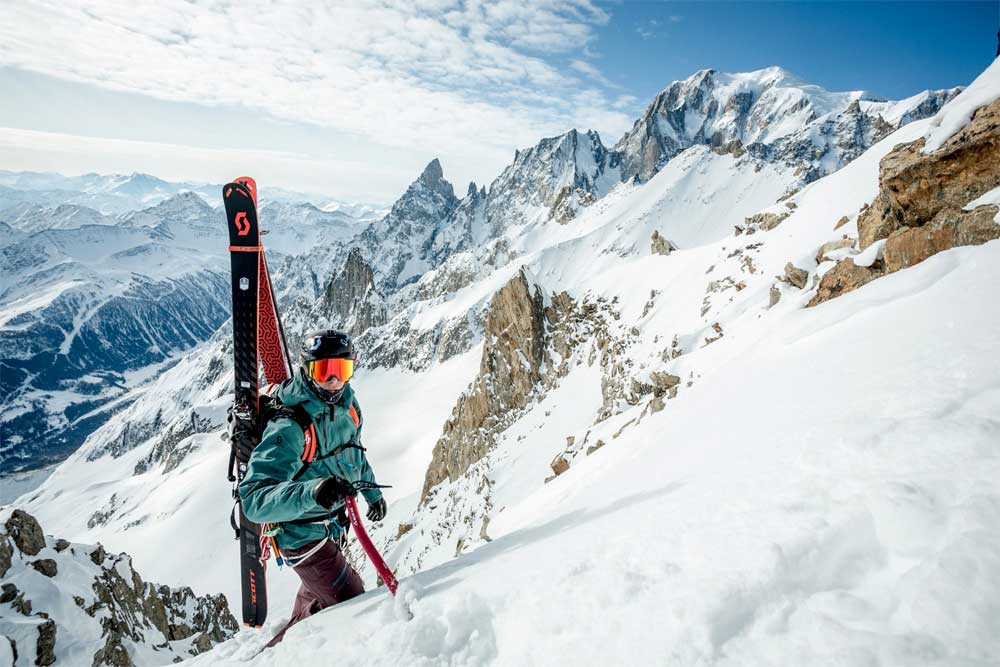 THE ALL-IN-ONE FREETOUR SKI: IS THIS THE FUTURE FOR SKIS?

Is there such a thing as a one-quiver ski for today's skier who, though occasionally hitting the piste, is looking for more off piste adventure and/or backcountry action - and is prepared to ski tour for it?

Freeride? All Mountain? Ski Tour? For today's backcountry touring, powder shredding, sidecountry off piste sometimes on piste skiers, a selection of skis is the norm, with at least three in your ski quiver: a carver for piste days, superfat (over 110mm) for powder and a lighter option for touring.

But can one ski set-up do it all?

There have been numerous moments in ski manufacture history when brands have had lightbulb moments in the quest for the ultimate ski or binding that will reduce the amount of kit we need. Salomon, for instance, came out with the Shift binding that means one pair of skis can be used for serious downhill, and adapted for touring. The trouble with the Shift is that a) it's way heavier than other pure touring bindings and b) you need two pairs of boots, downhill and touring if you want to take advantage of the dual function.

The current ski tour revolution, greatly accelerated by closed lifts in European resorts and the desire to avoid them in North America thanks to Covid, has meant that manufacturers are now majorly concentrating on touring gear, specifically creating skis that are user friendly uphill and down - and, therefore, much more appealing as a one ski fits all.

PLANKS OF NOT JUST WOOD

Brands have been lightening skis, bindings and backpacks to make going uphill easier, shaving every possible ounce off gear, But there's always been the fear of the ultimate superlight touring ski not having what it takes performance-wise downhill. Same with boots and bindings.

So in recent years, ski manufacturers have thrown everything at creating the perfect up and downhill ski. 'Planks' have come a long way from being just one piece of wood.  Any tree from the forest that is light and/or bendy including bamboo, balsa, beech, ash, poplar and paulownia has been layered,/laminated//sandwiched with the addition of fiberglass, carbon, titanium, graphene, whatever to create a winning light/flexible/stable combination.

Similarly the shape of skis has been evolving with rocker, tip width, camber, and sidecut all morphing into what ski designers reckon is the perfect uphill and downhill ski.

The STYLE ALTITUDE crew spend  most winters in the mountains ski touring to earn our turns in powder or spring snow and, also using the lifts for off piste and sidecountry stashes, which means doing piste as well - and, yes, maybe dropping in for a coffee or beer at a cafe.

Not so long ago, we'd be changing our ski set-up according to where we were going that day. But now we mostly wear our ski touring boots and use tech bindings for every occasion even for skiing in resort days, not least because we all like the ease of touring boots walking to the gondola!

And now I've noticed that as well as always wearing touring boots, members of our crew are also opting for one favourite pair of skis for all conditions.

Gavin, Tech and Tour Editor, has how many pair of skis? He has to count on both hands. But, these days, you'll mostly see him on his Scott Superguide 105s with Xenic 10 bindings (image below), whether touring in powder or spring snow. He'll choose these over his Superguide 88s, which in the past were his de facto skis for touring. And he is as happy on his 105s in powder and even crud as he is on his much-loved backcountry Black Crows Atris 108s, the big difference being - and the reason he favours them for touring - the Superguide105s are a shed load lighter for climbing up. 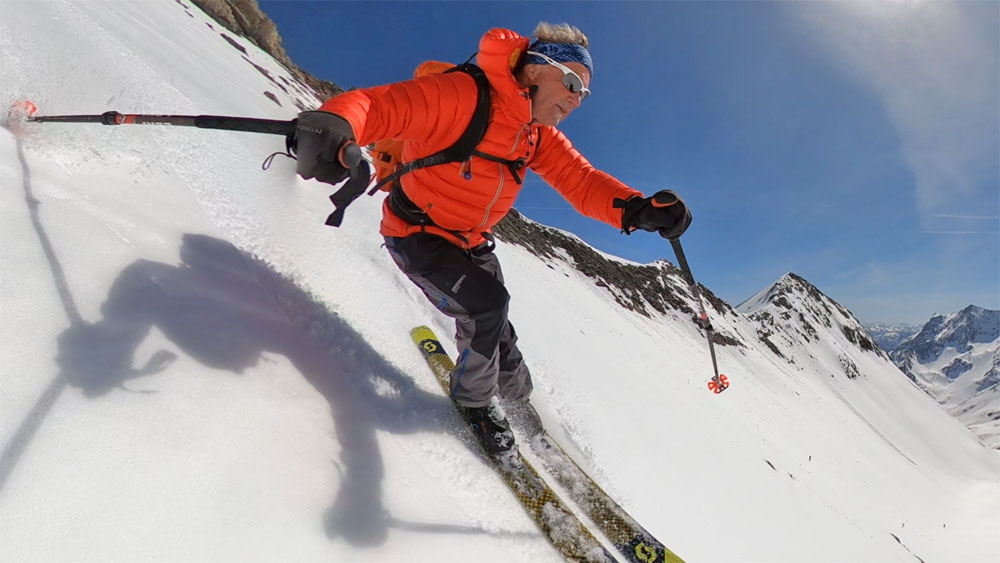 Scott Superguides were among the first lighter weight wider ski combo that have been so supremely successful that they are now heading for their sixth winter. As they say, if it ain't broke don't fix it.

Okay tweak them, maybe. The Superguide in 88, 95 and 105 widths has indeed become iconic, updated marginally but with all the freeride DNA of the original, with that essential added touring performance.

Ski Editor, Bing (below) the most extreme ski tourer/mountaineer on our crew, will always grab his Black Crows Navis Freebird 102s paired with ATK FR 14 bindings, choosing them for "anything the mountain can throw at me". They are a perfect balance between lightness and ski ability. Light on the way up and yet still strong enough to deal with whatever you might encounter on the way down. Classic cambered skis with a very gentle tip rocker for alpine style turns. "In fact," he adds, "these are my piste skis too!"

Backcountry Editor, Ken's favourites are, without doubt, his DPS Wailer 112 with Marker Alpinist bindings. He ski tours on them all day long, winter or spring, Europe or Japan. DPS are also leading the lighter and wider brigade charge when it comes to touring skis with their latest Pagoda Tour line, available in 87mm through to 112mm widths in varying lengths from 155 to 184cms. So something for everyone, male or female.

I have been riding the super lightweight Pagoda Tour C2 106s, length 171cms, this season. With Xenic 10 bindings, they each weigh nearly a kilo less than my Nordica El Nina set-up with great downhill performance in powder and spring snow and, also crucially, ice, crud and crust. I am seriously questioning if I need any of my other skis (see review) so, hands down, the Pagoda Tour 106 is my choice for a one-quiver ski

Kevin in our regular ski touring group in Serre Chevalier, is more than happy with his Zag Ubac 106s with G3 bindings while Adrian has Cham High Mountain 107s with Dynafit bindings. Sadly Dynastar no longer offer their Chams, skis that have given many a piste skier the confidence to hop into the sidecountry and, also, ski tour. They now have their M series with an M-Tour 99 and, for 2022, there's the M-Free 99. Their M-Free 108 is more like the Cham 107 substitute width-wise, described by one reviewer as, 'so good that it makes you want to sell all of your other skis'.

Significantly, we'd all choose over 100mm width for a one quiver ski, spanning from 102 to 112mm. Traditionally touring skis have hovered around 88mm or less and all-mountain skis have tended to come in under 100mm. But now that's old school for the one-quiver skier who wants to tour but on a wider ski to enjoy those off-piste and backcountry powder descents.