Back to the deep stuff and Ullr just loving it 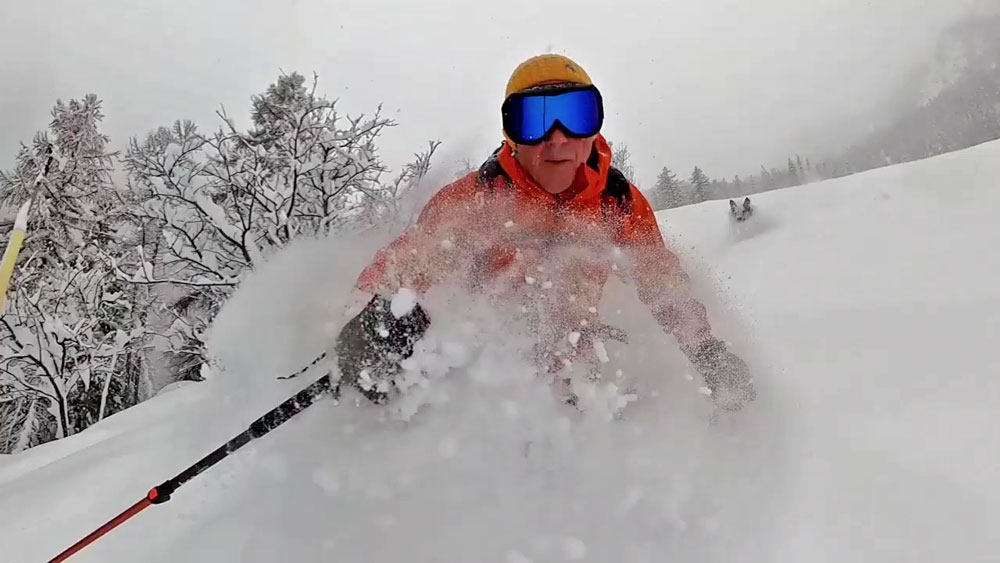 THANKS TO ULLR THE SNOW GOD

We had about 45cms of Japow cold powder up the hill and it was deep, so deep I daren't take the Jack Russells as I would have lost them! While Ullr, who you can just about make out behind me, loved it!!

The snow started falling about 04:00 and was very heavy around 10:00. Because of the forecast I'd left the van below our parking area in case the snow-plough that clears our parking  didn't not show.

As ever it was a bit of a job to dig the van out, but it's always easier with fresh cold powder.

Once I had released the van I took it for a spin to see if they had cleared the parking area by Pontillas as my plan was to skin up from there. 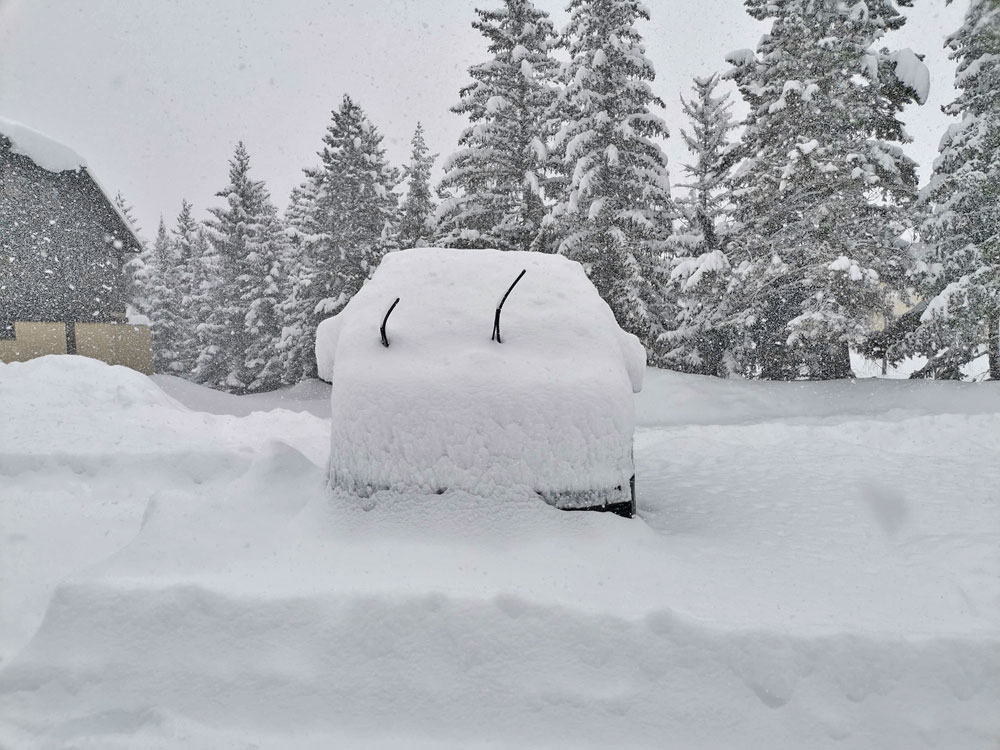 As per the forecast the snow eased around noon and Ullr, our new mountain dog, and I set off. Thankfully there was a skin track which I followed for around 40 mins, then the track followed the trail, which would add circa 3km to the ski tour rather than going straight up the piste. As I was determining what the best option was, two skiers came back down. I thanked them for the track and then opted to skin up their ski tracks, which was a real tough workout as they'd skied straight down the fall line which was quite steep.

Ullr had worked out that his best strategy was to keep behind me in my tracks.

As ever my effort heated me up and the ensuing condensation sweat wreaked havoc when I opted to use goggles for the first pitch as I could not make out where the edge of the piste was and at the same time was trying to avoid an enthusiastic Ullr.

Fortunately, my goggles cleared, and I could see clearly where I was skiing and more importantly where Ullr was. My Snow Vision goggles have built-in lenses which work really well, more on those here.

When I was skiing I could just about make Ullr out behind me jumping and submarining through the thigh to waist-deep snow again keeping to my tracks, it was so funny.

The next day was more of the same, though viz was way better with bright sunshine, but it was so cold with a very strong wind.

As we were transitioning Ullr started walking around in circles and made himself a snow hole where he promptly curled up to keep warm while the humans were faffing. 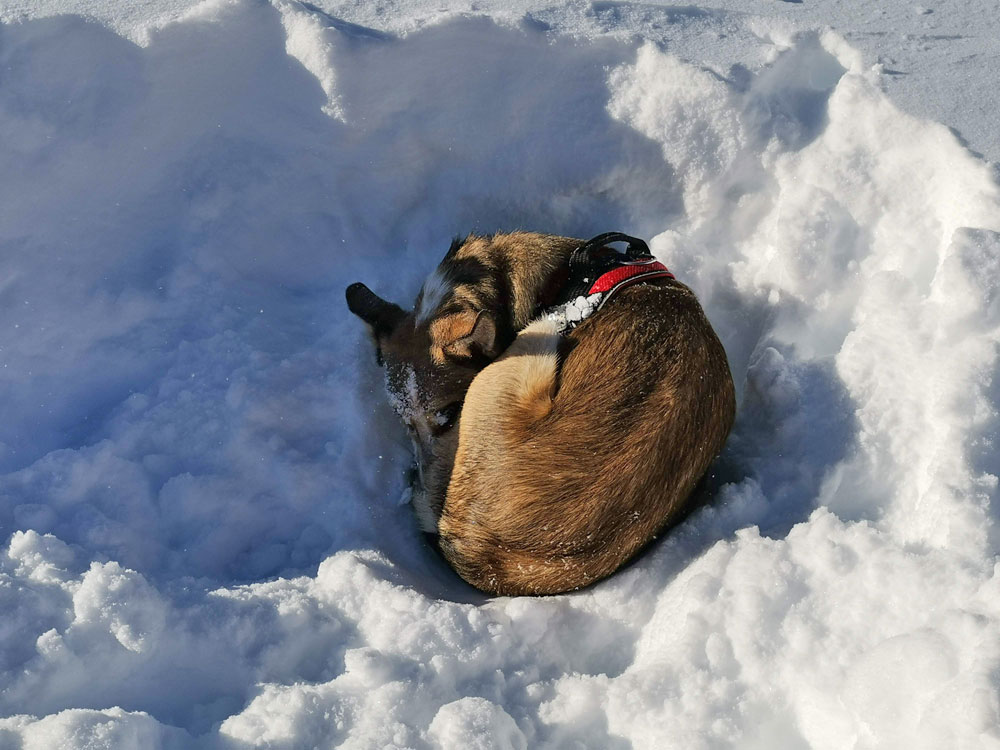 I was using my Scott Superguide Freetour 105's and they handled the snow so well, especially yesterday when it was way more technical to ski due to the wind affected snow. Review to come soon.