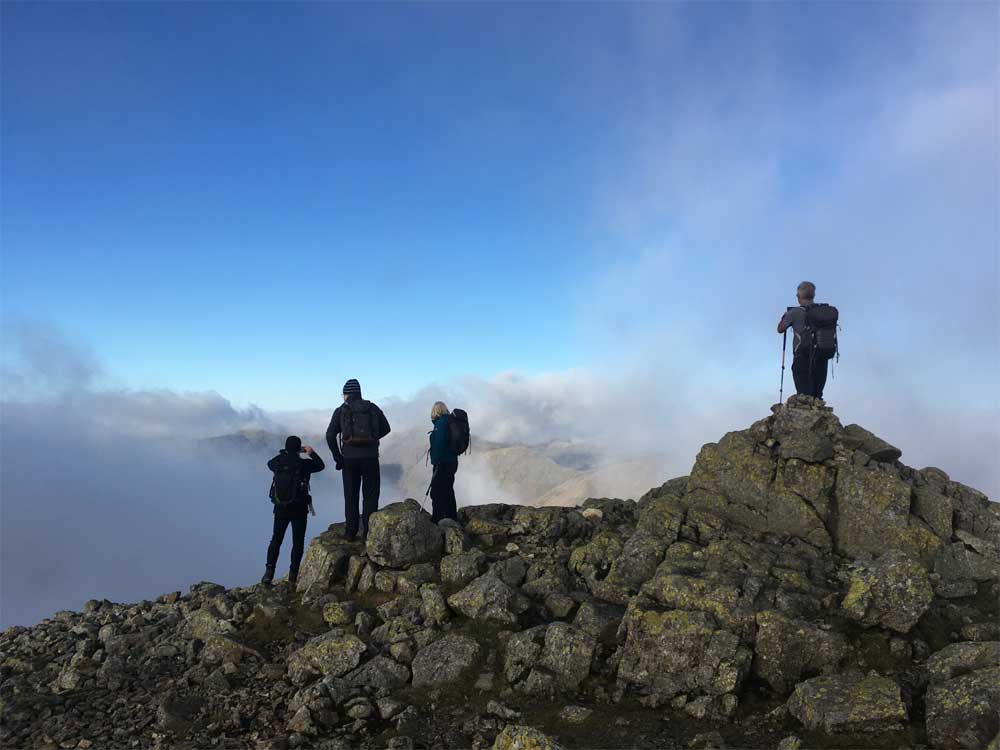 This month, I completed the Wainwright challenge. In my case, it involved eating 214 pork pies at altitude - my mountain snack of choice. For others, it is a simpler task of climbing every hill/mountain Alfred Wainwright described in his seminal work. A Pictorial Guide to the Lakeland Fells, of which there are seven volumes featuring 214 hills.

Over the last seven years, between ski seasons, I’ve been picking away at the summits in order to get a summer mountain fix. Pie consumption aside, I don’t think my ‘214 round’ broke any records. During my campaign I wore out three sets of boots, smashed two pairs of sunglasses and lost six hats – which may well be a record.

A rucksack full of survival gear

The fastest ever ‘214 round’ was set back in May (2022) by John Kelly with a time of 5 days, 12 hours, 14 minutes, and 42 seconds - which makes him a slightly swifter fell bagger than me. In my defence, I assume John wasn’t burdened with a rucksack full of survival gear or much in the way of pocket meat.

Depending on the routes you choose and number of AW’s you bag in one trip, a 214 round involves approximately 325miles of fell walking and 36,000m of ascent, which is equivalent to summitting Everest three times! A fair amount of scrambling up rock faces is required too but, unlike Everest, no ropes or oxygen are needed.

Once at the top we toasted the fells with champagne

Although I climbed 63 AW’s on my own, for the most part I had company. Largely that of Jon, whose move to Cumbria prompted all this nonsense. He also completed his 214 on Saturday when we climbed Bowfell (a centrally located 902m lump of volcaniclastic rock) along with many of the folk who had been on parts of our Wainwright journey. Once at the top we toasted the fells with champagne – something I also suspect Kelly didn’t carry. 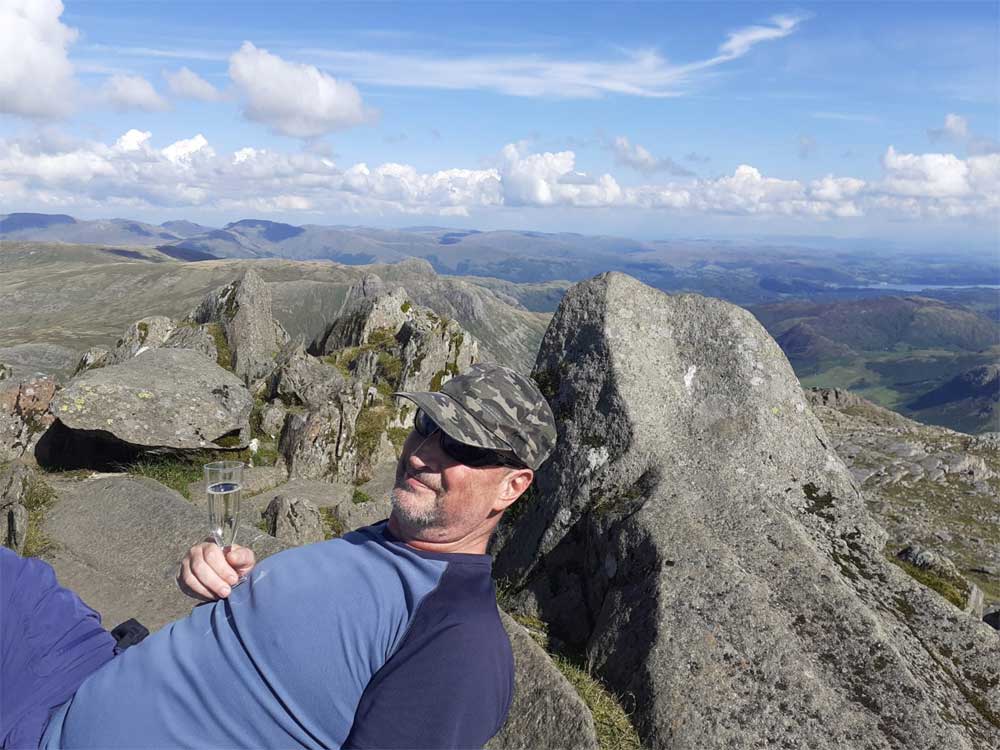 Kelly was blessed with good weather, we generally were not. Luckily Bowfell’s summit was reached in clear skies allowing a panoramic view of our achievement. Skiddaw could be seen to the north, The Old Man of Coniston to the south, Helvellyn to the east and the mighty Scafell Pike to the west. Most of the other 209 summits previously conquered, were also in view - it was the perfect finale.

On the ascents breathing took priority over talking

On our many trips, Jon and I put the world to rights as middle-aged men do - in despair of the next generation and nostalgic about how the world used to be. Conversation was mostly reserved for the descents, because on the ascents breathing took priority over talking. I wished I’d made notes after each trip to turn into a book. Conversations Up A Mountain would be the working title – although I believe a bloke called Moses did something similar a while back.

Along with the epic scenery, I’ll miss the masochistic climbs, the euphoria of the summits, and the gratification felt on the descents. Not to mention the well-earned pints. I’ll also miss the fell-banter with passing walkers. That “nice day for it” often said in sarcasm and knowing the question “How far to the top?” seldom extracts the truth. I’ll miss the expedition planning, the poring over maps and the Wainwright guide books littered with his unique brand of witticisms. I will, however, continue to enjoy pork pies.

I could do them all again dressed as a nun

Now I’m left with an existential crisis - what pointless mountain challenge to take on next?

I might just do the ones I did in mist again, for there are many famous views I did not see and several hats to be found. I could go around again, the record for number of completed 214 rounds stands at 49 - although it’s not clear if that individual simply got lost. I could do them all again dressed as a nun or take an ironing board and press a shirt on top of every summit.

More seriously, I am considering the Welsh 3000s but there are only 15 of them and I don’t have enough life expectancy to complete the 504 Scottish Munros. I think I’ll settle on English Hewitts (hill over 2000ft with 98ft of prominence). That, at least, will involve further trips to the Lakes. Although I’ll have to find a new walking buddy - Jon is apparently taking up golf.

Sample chapters from Chris Tomlinson’s books (the Skiing With Demons series) can be read online here...