BACKFLIP TO THE FUTURE. IT'S FLIPPIN' JAMES 'WOODSY' WOODS 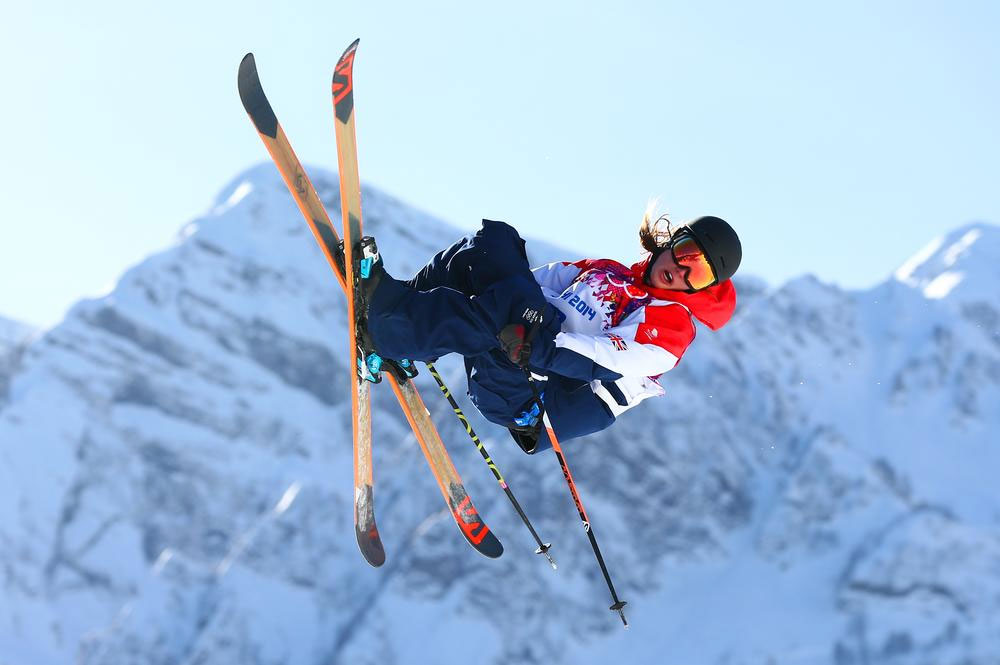 Mikie Kitaruth, STYLE ALTITUDE contributor, catches up with the grom he used to give sneaky half pints for doing backflips in Cornwall. Yes, it's flippin' James Woodsy Woods.

'I had totally maxed out on doing flips for you guys but then that massive group of girls walked in and I figured what better time to do a backflip?' That was nine years ago when he was a grom in Cornwall. What motivates Woodsy now? Mikie finds out..

Let me put this into context for you. Where would be a great place to catch up with British Freestyle skier James ‘Woodsy’ Woods? That’s right: on the London Eye. Hot off the Only Mad Dogs and Englishmen tour, Woodsy and his New Zealand ski crew piled into one of those capsules to take in the best views of London.

‘You always think that Big Ben is massive until you are up at this point looking down on it. Kinda looks tiny from here,’ Woodsy remarks, in London for the final night of his tour of the country’s best indoor domes and dry slopes (as part of Go Ski Go Board’s 30 days of snowsports). This tour saw Woodsy and fellow skiers from New Zealand take a trip around the country to build up the hype that winter is coming, performing demos and meet-and-greets to give advice to aspiring young skiers.

From the buzz around these guys it seems it was a success.

The 24 year old Woodsy carries a lot on his shoulders as one the highest hopes of Great Britain scoring a medal in the 2018 Winter Olympics, having placed 5th in the Sochi Winter Games, even with an injury.

And he’s just returned from winning slopestyle at the Cardrona Games in New Zealand. If the pressure is there then he is not letting it affect him as he’s still as calm and cool as ever. 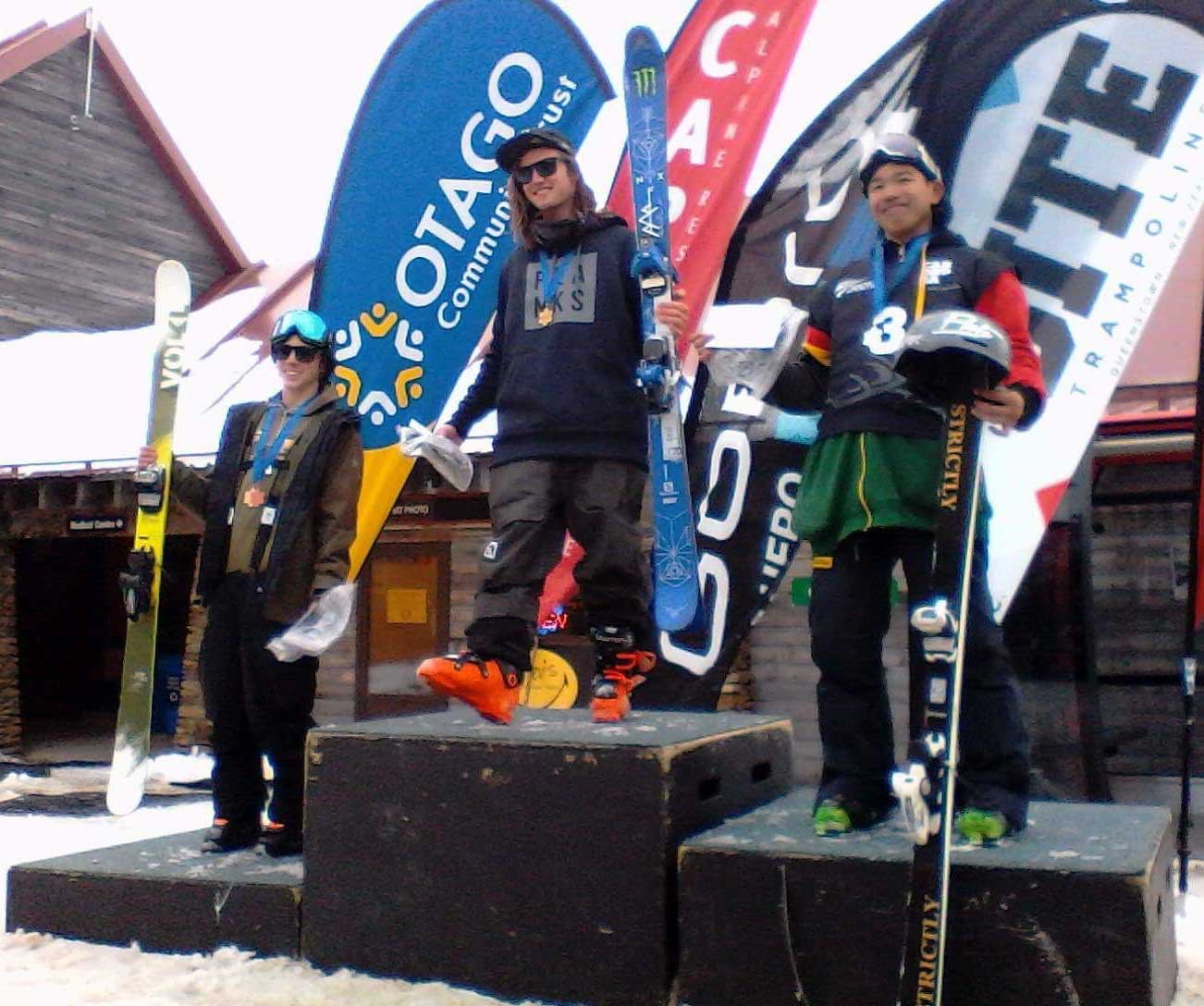 On the podium in NZ

I first met Woodsy when he was a young grom, on a Salomon Juniors’ trip to Cornwall. I was completely blown away by the fact that he could do backflips while just standing on the spot. No run up, no obstacle, nothing.

I figured what better time to do a backflip?

‘Do you remember when that group of girls, a hen do I think, came into the hostel?’ Woodsy is reminiscing about the old days in Cornwall. ‘I had a general rule that I didn’t do any dumb stuff if I was having a sneaky beer and I had totally maxed out on doing flips for you guys but then that massive group of girls walked in and I figured what better time to do a backflip? What a super fun time, just being in Cornwall, surfing, doing ski demos and then hanging out in the evening. Kinda similar to how I live now.’

As we watched the landmarks of London get smaller, we remembered how I gave him sneaky half pints in return for trading off tricks (when he was a cheeky 15 year old). We also wondered why neither of us has had a hair cut in so long?

Woodsy has spent the UK summer down in New Zealand for the past four years, maximising as much snow time as possible.

‘I love skiing everything, from dry slopes to powder,’ he comments, ‘But in the northern hemisphere the winter tends to be so busy and it kicks off in such a big way that you are never in one place for more than a week. The New Zealand winter for me is fantastic as I get to ride the same place.

‘Coming from the UK, I have to say that any day you get to go skiing when your body clock tells you it’s summer back home is amazing. New Zealand is very different from places in, say, France or Switzerland as you don’t live in the snow during the season. You have to travel each day but it’s such a great way to stay focused as the villages are just a little bit cold, not below freezing.’

I have to admit, I was glad we were sitting down chatting as I am not a big fan of heights and that wheel goes pretty high up. It was good to be distracted as occasionally I heard, ‘if this thing falls’ or ‘let’s all run from one side to the other and see if it rocks’.

Talking to Woodsy, I could see that there is a focus and drive in him that I guess had always been there but now seems way more prominent. Maybe being in NZ has boosted him, inspired him or maybe it is his training? He was looking on top form and focused considering the busy schedule he has had.

‘Every day when I’m done up on the hill I like to go mountain biking or surfing. How many places can you go skiing in the morning and then surfing in the afternoon? And as you know,’ he looks significantly at me with my love of surfing, ‘It’s another great way to stay on top of things and stay fit, jumping from one adrenalin rush sport to another. It’s a great way to work through any injury or strain that comes with skiing, which will put me in a great position for this coming season.’

Based in Cardrona, Woodsy isn’t the only skier raising the bar in NZ. Home to Jossi Wells, who won gold at the 2016 winter X Games in Aspen, and brother Jackson Wells (both joined him on the Mad Dogs tour), who just landed the first ever switch quad cork 1620 this year, there’s obviously some talent brewing there. So more pressure for Woodsy, then?

The main pressure comes from me to perform

‘My main priority, because I love skiing, I have a heap of goals, putting all my efforts into training and progressing. Obviously with the Olympics coming up the pressure is on as it’s a big deal, but the main pressure comes from me to perform. There’s no pressure that anyone can put on me bigger than what I put on myself as obviously I have goals and ambitions that I want to achieve so I don’t want to let myself down.

‘I have found that maintaining my happiness is a number one focus, I want to do my thing and do what I want to do and from that everything falls into place. And it seems to be working so far.’ 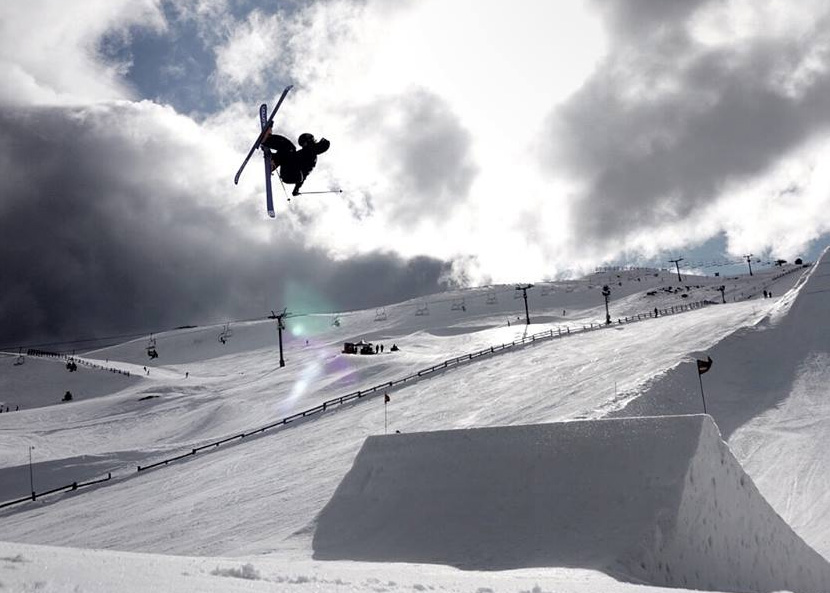 The topics shifted from two planks are better than one (a little poke at me for loving my snowboard) to getting married and when the last time was that we caught up?

‘I think it was the Ski & Snowboard Show in, maybe, 2011?’ Woodsy comments, ‘I remember being interviewed at the bottom of the kicker by some TV host. I saw you and shouted “OH **** MIKIE’S HERE, HEY BRO” and the interviewer was like "great, can’t use that".’

It was obvious at some point that we were going to get onto the topic of the Olympics and how the last winter games saw a completely different style and how surfing and skateboarding being added could change things once again.

‘To quote someone else, let me start by saying that we don’t need the Olympics, the Olympics needs us!’ Woodsy points out. ‘Slopestyle was added but it’s not like they asked us if we needed it, it just kind of happened. It does give you the boost and makes you realise that if I don’t ride this someone else will.

'To be honest it hasn’t really changed much. There’s the big hype and, of course, now there’s more support coming from different avenues that were not originally there in the beginning. It’s amazing to think that I have become a guy who inspires people to go outside, be out there, get active and go skiing. This is the bit that tears people apart, the whole CORE aspect question and this divides people’s opinions.

‘But let’s think about this, why do we really do anything? After all, you only do these things for yourself and for no one else.’

I think he hit the nail right on the head. 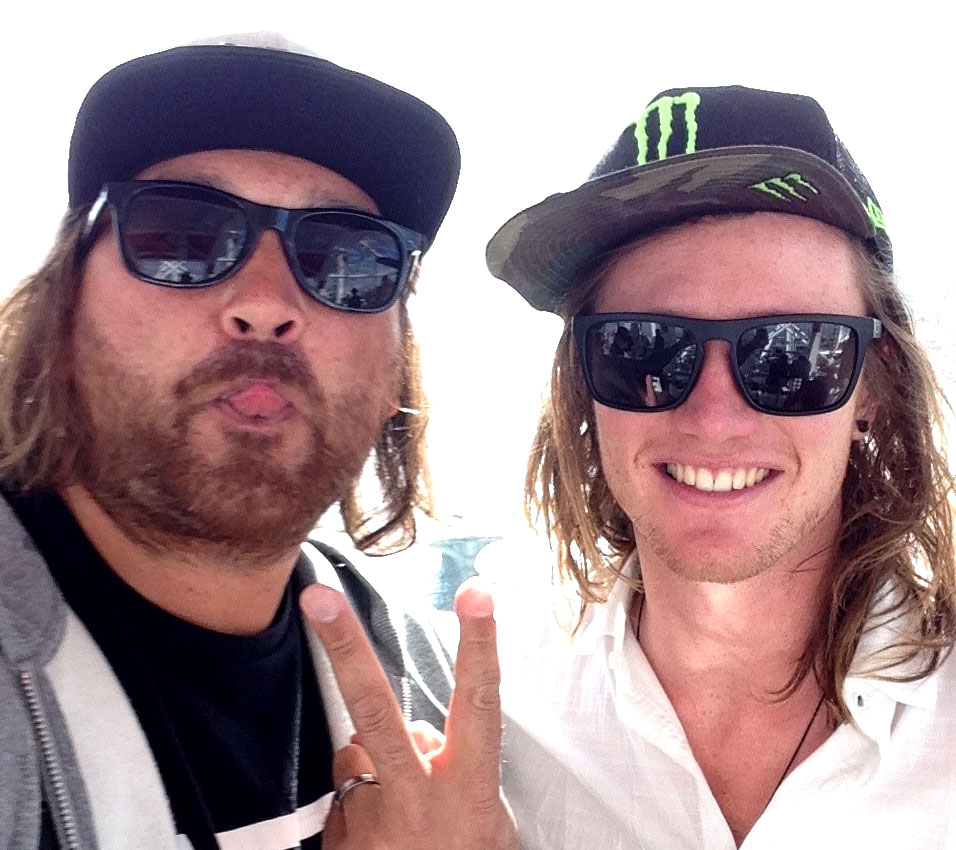