7 BAD SKI HABITS - AND HOW TO KICK THEM 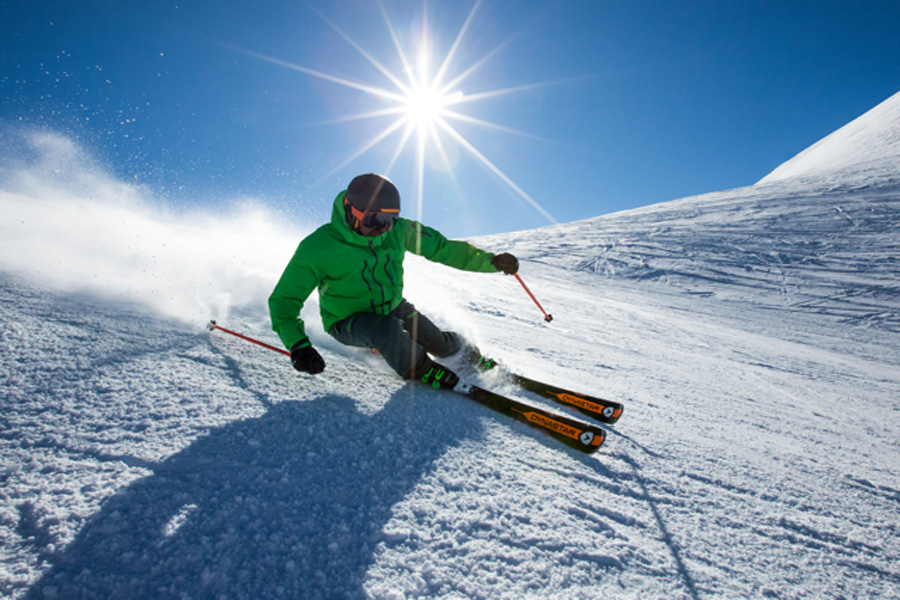 What are the 7 worst ski habits? Who better to ask than Darren Turner, ski coach, instructor, presenter and co-creator of the Ski School App with over 20 million views? Here he tells us which are the 7 deadly sins of skiing - and what he recommends to cure them.

Lazy arms? Skiing Z's instead of S's? What's that? You're taking a tea break while skiing? Yep, you have skiing nailed but is your style a bit wooden? Kick those bad habits right now.

Too low, too high, too uncoordinated with one left behind up the hill having a holiday as you turn. When your arms are wrong it's going to create a whole stack of other issues including shoulders swinging and your core unstabilised.

Imagine a hoop around you and your skis. Pick it up and hold it at 10 o'clock and 2 o'clock. And that's where your hands should be all the time. Pushing your hands forward will also keep you out of the backseat, another common fault.

Focusing on where you're going to make each turn rather than looking ahead and skiing the whole run is a habit you don't want to get into  It throws your balance, co-ordination and general ability to ski smoothly. 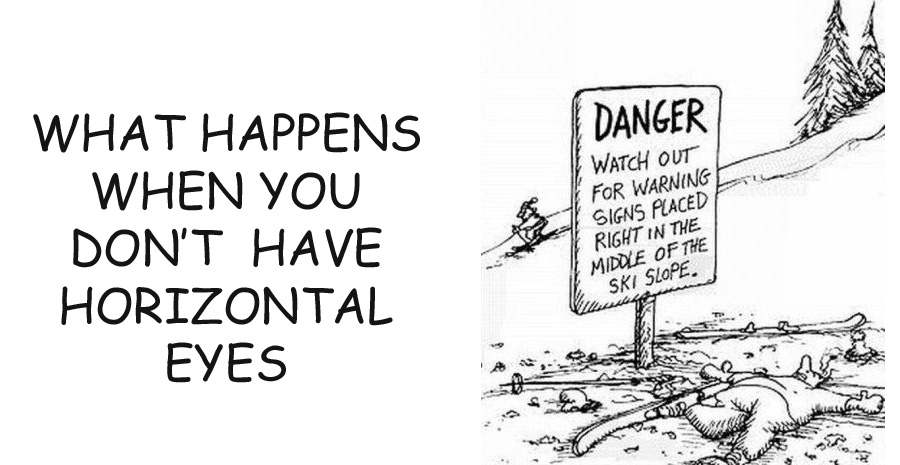 You need horizontal eyes instead of looking down. This will cure four faults for the price of one. Your balance will improve, turn decision making will get massively better, you'll neutralise your body position and,when you stop looking sideways across the slope to make the next turn, you'll stop chucking your body around Stevie Wonder style to initiate it.

What are you doing making zeds down the piste? Turns should be S shaped not Z. A bad habit is to ski zeds, as in traversing the slope, picking up speed and throwing the skis from one direction to the next.

Just how many bad habits can you spot in this one epic fail? Lazy arm, short sight, traversing the slope, not skiing the fall line,..

It both looks and feels better when you ski S shapes. Slow down, stay in control and start the turn, then link into the next one.  And keep your upper body calm resisting the temptation to chuck your shoulder around. And, remember, horizontal eyes!

Edge, edge, edge. Yep we all concentrate on edging our skis but it can mean missing out the pivotal point where the ski needs to flatten to turn.

Edging is great but you need to think of pivoting when the slopes are steeper, not edging too early. Skis on an edge won't turn. So try to release to pivot and give the ski direction before puting the edges on.

Not skiing down the fall line is a common issue whether through nerves, inexperience or bad habit. Why would you want to go down a line that's described as 'fall'? Because it'll improve your skiing if you head down it rather than meandering across the gradient.

Why it's called the fall line?

Skiing the fall line just means mastering the above as in horizontal eyes, linking controlled S turns and keeping arms forward. Whether you want to do backcountry, moguls or slalom, if you have the right stance and basic technique you can adapt to any ski discipline.

It's easy to get carried away, literally, by your skis, going faster and faster, out of control so the only way to stop is by pulling on the handbrake. Skiing into the ski rack outside a mountain restaurant (below) is another effective and entertaining way of stopping.

Instead of putting in three carve turns and then looking for the parachute to throw out the back of the rucksack to slow down, think about slowing down BEFORE you turn. So you slow down to turn NOT turn to slow down.

This is when you have a 'break' between one turn and the next or, even DURING a turn. Yep, it's a very small break when you relax mentally and stop thinking about what you're doing. But skiing isn't about stopping to have a mental cuppa on the way down.

A good skier is constantly doing something, reacting and responding all the time while skiing so there are never any dead spots - and never enough time for a tea break.

Thanks to Jerry Of The Day for the videos 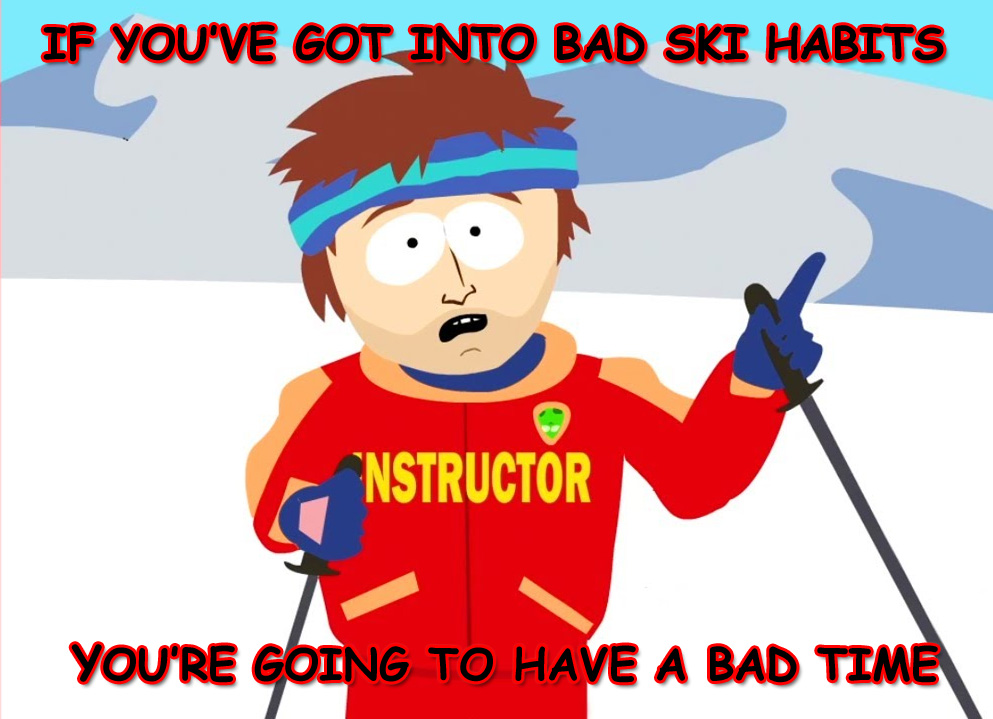