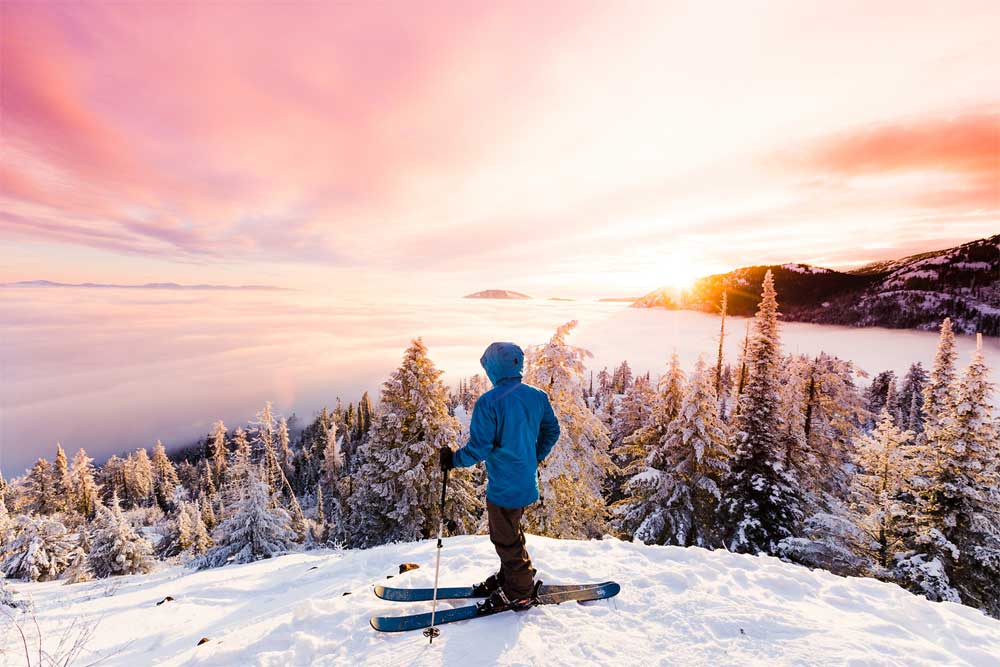 It's the definitive ski destination book to dive into and discover new locations, check out resorts and track down some of the best off piste spots around the globe

Ski journalist and author, Alf Alderson, gives us the lowdown on his highlife skiing adventures. 100 Ultimate Skiing Adventures is available exclusively to STYLE ALTITUDE followers for 30 percent of the publisher's price. Click here to order your copy and use STYLE promotion code at checkout.

Traveller. Journalist. Skier. Surfer. Can you add two more words that describe you?

One definition of an adventure is a plan that goes wrong. Which is your most memorable in 100 Ultimate Ski Adventures according to this definition?

Travelling back from Kamchatka with my mate Rob. The return flight to Moscow was delayed by a blizzard, so we missed our connecting flight to London and had to pay $250 for a night in an airport hotel, which the truly awful Aeroflot (subsequently renamed by Rob and myself ‘Aeroflop’) refused to cover; nor would they provide us with an onward flight without our paying for it, so we had to spend a further $500 each to get back to London, but not before an argument at check-in over our skis and baggage, for which we were charged an additional $100 carriage (it had been free on the way out). This resulted in our passports being seized by the airline staff and we literally ended up in a wrestling match to get them back.

To add insult to injury Aeroflop refused to take payment by credit card so we had to pay a fortune in commission to buy US dollars at a foreign exchange booth (Russian roubles were unacceptable) and spent so long dealing with that particular aspect of Russian bureaucracy that we came within five minutes of missing the flight and being trapped in Moscow for ever!

Your favourite resort if you could only ski there for the rest of your life (and why)? 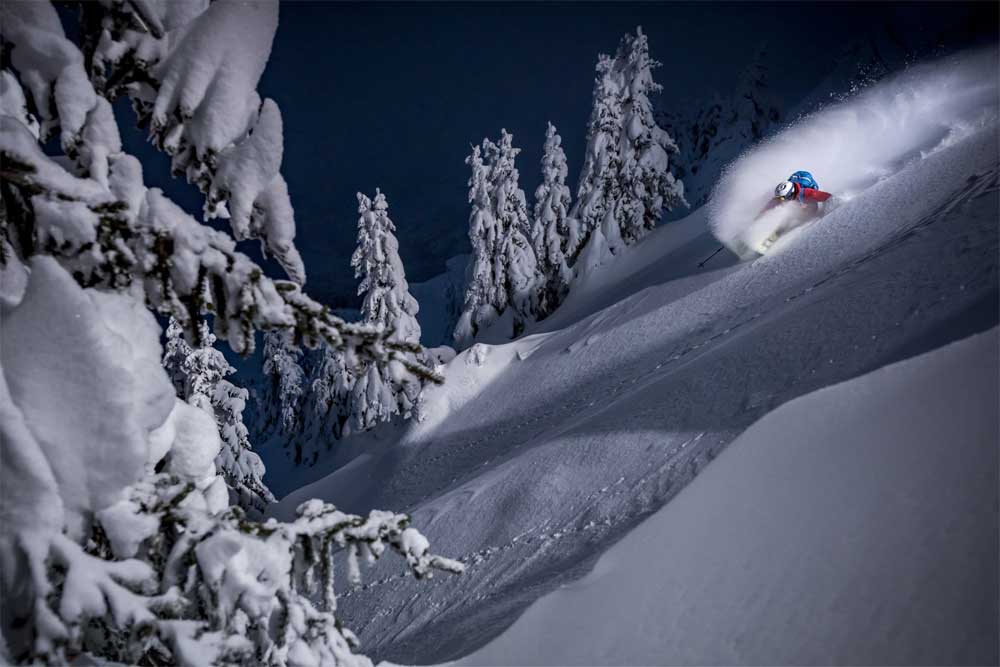 This will sound boring, but probably Les Arcs; having done nine seasons there I know it really well, which makes it so much easier to score fresh tracks, and it’s a big ski area with some really world class skiing, whether piste or off-piste.

But if I was forced to choose somewhere more exotic, I think I’d go for Tetnuldi in Georgia – magnificent landscapes, fantastic skiing, fascinating culture, great food and drink, lovely people and it’s cheap by European standards.

Tetnuldi (see above) and I also love the lesser-known North American resorts such as Castle Mountain, Alberta, Brundage (image below), Idaho and Red Mountain BC(main image). I’ve skied at the latter two in particular a number of times and always had great snow and met a bunch of really fun people; it’s so much easier to get to meet the locals in off-the-beaten track ski hills. 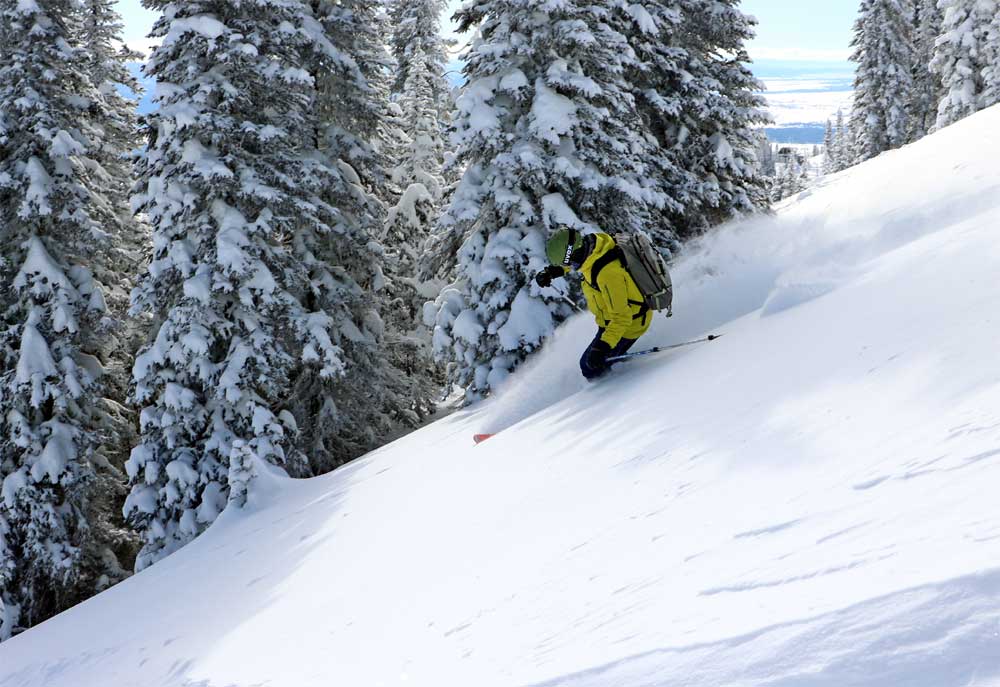 Do you travel with your ski gear, in which case what is your go-to set up? And what would you never travel without?

Yep, kind of essential really! If space permits, I usually try to take two pairs of skis, one for ‘regular’ skiing and another for touring. If I can take only one set of gear, it’ll be my supremely comfortable Salomon S Pro 120 boots along with Nordica Enforcer 110 skis and Salomon S Lab Shift bindings.

As for what I never travel without, in recent years it’s been a traditional lambswool jumper my mum bought me for Christmas a few years ago! Totally non-tech but warm, comfy and wearable anywhere from the backcountry to the bar.

Anywhere you haven't been and would choose for a ski adventure No 101?

I reckon there must be heaps of great skiing in the various ‘stans’ of Central Asia, and more than enough scope for adventure when travelling there.

You've travelled and skied around the globe to write 100 Ultimate Ski Adventures. So how have you survived a lockdown that has shut down sking for almost nearly two years?

Not too well – like everyone else I’ve badly missed my annual powder fix; that said I did get out to Les Arcs for several weeks last winter and enjoyed ski touring, but there was something very forlorn about being in a ski resort with no lifts operating and so few skiers (although the lack of skiers wasn’t a problem!).

Like everyone else I’m hoping we have some semblance of ‘normal’ this winter but with the lockdown zealots screeching for more restrictions again, who knows?