DON'T MESS WITH A SEASONAIRE 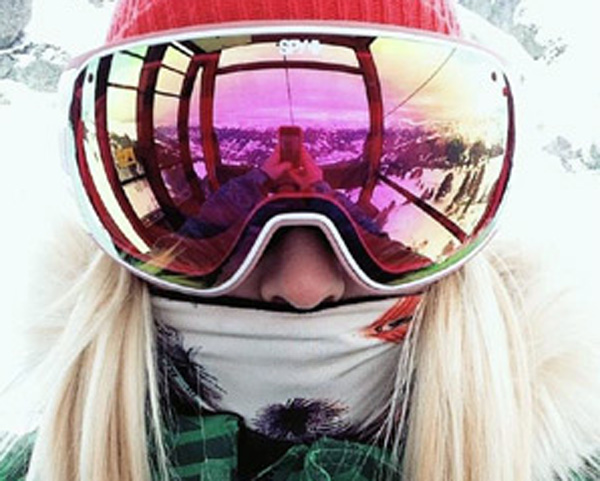 For a seasonaire, the invasion of the Jerrys is a worst nightmare. If you haven't heard of the term 'Jerry' it's basically another name for a punter/gaper/tourist and they are rude, inconsiderate and everywhere in high season.

Jerrys are pests in the snow parks and create stress in the lift queues, ruining the peace and tranquility of the resort that, at all other times, belongs to the seaonaires. So it becomes Seasonaires V Jerrys in the battle for the slopes. And you don't want to mess with a seasonaire, especially our contributor, Faye Young, in a queue.

For those of us who live in the mountains for the whole winter we are lucky to be spoiled with December,January and most of March that are relatively quiet and we happily live inside this bubble where you never have to queue for more than five minutes.

That all changes in February half term and Easter holidays. If you get up at 7.30am and catch the first gondola you might just have an hour of peaceful slope time before the hordes of people descend upon the lifts. Families head straight for the snow park and start skiing down the landings of 20+metre jumps without looking if anyone is about to hit them. Snow ploughing between rails and stopping for a chat on the take off of a kicker. Riding in the park is not safe anymore, you need to be looking out for all numpties who think it's a great idea to throw themselves off things they haven't even looked at before.

Editor's Note 1. There is actually a Facebook page: Jerry Of The Day, highlighting the general twat behaviour of Jerrys. Here's a compilation of videos from last year:

The worst are the angry, grumpy, pot bellied men who think they own the mountain (they paid for a lift pass so obviously they have a right to do whatever they want!). Do you think they like sharing a chairlift with seasonaire park rats? Certainly not! And vice versa. Nothing winds me up more than being in the lift line and feeling the constant knocking on my snowboard as they barge past me on their rental skis that they don't care about. Sometimes they just smash their skis into my boots, I mean it's not like I need my feet or anything so I guess that's ok!

What started out as my mountain of peaceful tranquility has now been turned into a claustrophobic place of stress and anger. Being British we generally respect the idea of queuing correctly and being fair to each other but that concept is something that some European ski tourists can't seem to grasp. 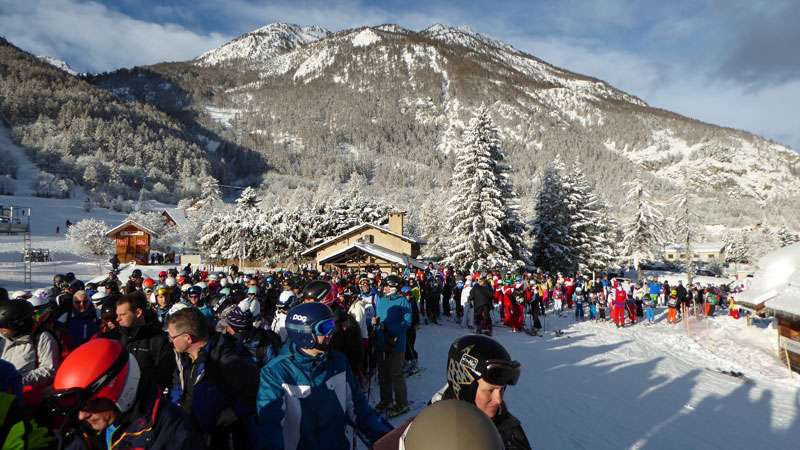 When I confronted a 6'5" German man of around 60 years, about his inability to queue like a normal person he really did not like it. Steam appeared from behind his goggles as he quickly tried to think of a response. How dare this young girl try and put me in my place, he  clearly fumed to himself. Forgetting about rules of behaviour and general curtesy, he proceeded to hit me with his ski pole..

This did not bode well with me and my rising temper. He told me he didn't like what I said, I told him it didn't matter what I said to him, hitting me with his ski pole was not right!

I had really shaken the hornets' nest here and what happened next went so quickly that I couldn't even process what was going on. He lifted his leg and KICKED ME above my snowboard boots, right in the shin! You would think that would have shut me up a bit and intimidated me but no, the monster within me wanted out, He'd been cooped up for too long and now was his time for freedom.

Board unstrapped, I then proceeded to smash his skis up violently whilst swearing profusely. This is so not like me normally. His wife stepped in calling me crazy and I warned her not to start with me. After realising that the whole line of people had gone deadly silent and everyone was staring at me, I decided now was the time to get on the lift and ride off into the distance.

Editor's Note 2. As we don't have visual evidence of this episode, we researched YouTube and, yup, there's plenty of proof of ski rage out there, particularly of young snowboarders versus ancient skiers. Such as this:

For the remainder of the holidays, I stand with gritted teeth and clenched fists in the queues  as I count down the days until the Jerrys are gone. Then I will have my mountain back!

My seasonaire snowboarding friend actually got punched, last month, for 'spraying' someone.

It wasn't the most spectacular spray ever and, to be honest, I've seen a lot worse but the guy on the receiving end was not happy. Shouting 'YOU ASSHOLES' to us as we rode past we thought fair enough he must not like snow. Standing at the bottom of the chairlift waiting for some friends and all of a sudden the guy is back. He skis directly into my friend and punches him in the stomach as he crashes into him. The reason for punching him? 'You could have hit me', he raged. So you're telling me that you hit him because he COULD have potentially hit you? Yep, makes total sense - the fact that my friend is 16 and still classed as a child does not put you in a good position either

If this man had been standing in the queue at the supermarket and a young kid ran past him and 'could have' crashed into him he wouldn't proceed to run after him and punch him. So why is it acceptable on the slopes? Well, who is going to tell you off? The slope police?! Who will believe a 16 year old snowboarder's word versus a 50 year old skier's?

Editor's Note 3. Probably in the US where the ski patrol would be called to tell you off (see video above). They'd then make the brawling pair talk it out, go on an Anger Mnagement course, visualize fluffy baby rabbits and hug every tree in the ski resort.

So don't mess with a seasonaire! It's my favourite line that I overheard a seasonaire say to a tourist who was giving him some grief. 'Enjoy your holiday mate, I live here!' That shut him up. There's nothing like rubbing in the fact that they have to be back at work next week and you will be laying in bed until midday and then snowboarding for the afternoon in the sun.