Eurotunnel vs the Ferry which is the best 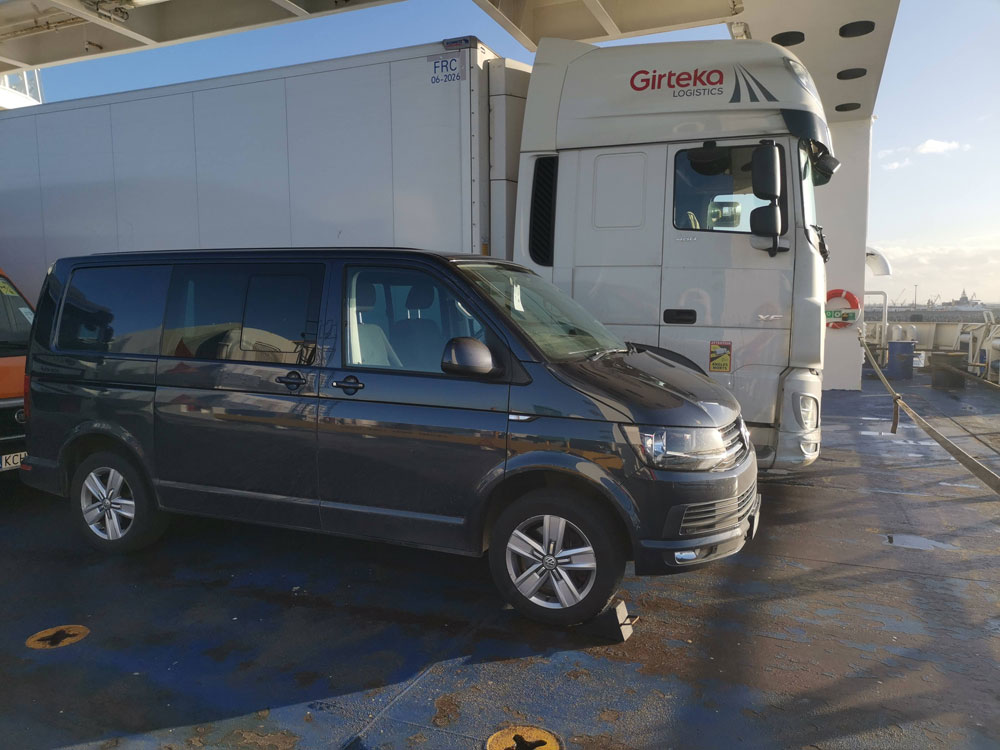 What is the best way to cross the Channel, the tunnel or the ferry? Does comfort win over speed, while Eurotunnel is faster, is it better than the ferry?

I've lost count at how many times I've travelled across the Channel using all the various routes available but which one is best does depend on your travelling strategy!

We're regular tunnel users, probably doing three to four return trips a year, even through lockdown as we have French residency and were still able to travel.

We've also travelled via Portsmouth Le Havre a few times as well as Newhaven Dieppe as both Portsmouth and Newhaven are far closer to Worthing, our home in the UK, unlike Dover, but they don't offer the flexibility of times so much, and crossings are longer, plus Portsmouth dog cabins do get booked up way in advance!

Timing flexibility is more important on the return leg as driving back you have to build a buffer in case there are traffic travel issues as missing the crossing means you'll have a long wait till the next one, hence the tunnel and Dover ferry options can be better.

Obviously travelling in a car via the tunnel can be better, as if you turn up early then, outside of peak season you could get on an earlier one, though in a van, classed as a high sided vehicle that is often not the case.

And, of course, there's the crossing time, tunnel vs ferry, the ferry is 90mins vs tunnel 35mins and loading/unloading times are faster. However, if you're prepared to pay, you can cut these down.

Eurotunnel Flexiplus is an expensive option though but at peak times can well be worth it.

And, of course, if the weather is rough then the tunnel again is the best option.

Also in choosing your modus operandi much will depend on your travelling strategy and time of year, as well as in or out of High Season.

I know many people who prefer to drive in a more comfortable sedate way, maybe even doing an overnight near Dover, then taking a later crossing after lunch and then stopping overnight around Reims / Troyes.

If doing the above then the ferry is the obvious choice as you are not in a mad rush and if repeating the process for the return journey then, again, you're not beholden to the pressures of travelling at peak time.

We normally leave from Worthing and drive down direct from Calais in one hit with only one or two brief stops for dogs and petrol in around nine hours, so leaving Calais at 10:00 local time we then rock up around 19:00, weather traffic conditions being OK.

I should also add that we do not travel at weekends in the high season, and over the years we've found that out of high season travelling on a Sunday is good as truck numbers are greatly reduced.

However, leaving Calais at 10:00 involves turning up at Folkestone/Dover at circa 07:00 for a 08:00 departure, which in turn usually means leaving Worthing 05:15 so an early start, and I do find that by 12:30 passing Reims I might ask my wife to take over the driving for a couple of hours I have a nap.

And that's how it's been for many a year, along with similar tactics on the return leg leaving Serre Chevalier at 06:00 for a departure around 17:00.

As I mentioned, we have done the Newhaven Dieppe ferry but always found that their departure times, along with a four-hour crossing are not conducive to driving down in one hit.

And Portsmouth Le Havre is good as you arrive fresh after an overnight ferry but, especially with dogs, this gets very booked up, so it's not too flexible as you have to book a long time in advance. Then if you have a repeat of Storm Eunice and Franklin, your travel plans can be somewhat curtailed.

Again, it comes down to being flexible, I recently travelled after the above-named storms but looked at the forecast before deciding on which route to take. Sometimes it seems that there's no advantage financially to booking a return journey, so one option, if the weather is suspect, is to book the tunnel on the outward date and then wait and see what the weather is like for the return leg before deciding.

As for which is cheapest, that is a real "how long is a piece of string question".

As I've alluded to, flexibility is the key to crossing the channel be it by ferry or Eurotunnel.

Also, as I mentioned above, when I travelled last time I checked the forecast and I decided on the ferry, and I booked the Club Lounge as well as Priority Boarding, and the same for the return leg.

I have just looked at making another booking while researching/checking this article and the prices for the return crossing were now similar, ferry £342 vs tunnel £330. However, if I added Flexiplus to the tunnel booking it increased to £652!

As you can see from the above figures there is a heavy premium to travelling Flexiplus on the Tunnel, but is it worth it?

With new checks a result of a Covid and Brexit at the tunnel, the Flexiplus lanes are undoubtedly a major advantage, that's of course if they are open!  And being able to board the next train is great.

I have yet to test the ferry priority boarding in anger as when I used it the terminal was not busy. Plus I do not know if it would enable me to get through check-in any faster and then on to the queues for Border Control.

And I have to say that the new Ferry Terminal at Calais is massive, and the signage needs to be a lot better, especially when it's quiet as there was no other traffic to follow and I found myself going in the direction of the old terminal. I was told that I was not the first to have done this.

What I do know is that I was first on to the ferry and first off and for the return leg, Dover Calais I did show up within an hour and there was no real waiting, though again I was travelling early and well out of peak times.

Once onboard, the Club Lounge comes into its own!

I'll now describe my experience after using it for the return leg after seeing what the advantages might be after the outward one.

In the Club lounge, there were only five others, so I nestled down and had a good nap, far better than the short one I have while sitting in the van on the tunnel as I was able to lie down on a sofa in the lounge and pull my down jacket hood over my head.

With 45 mins to go, I hit the breakfast bar and had a bacon and then a sausage roll, two cappuccinos and an orange smoothie. I took two sandwiches for my trip along with another smoothie because, yep, all food and drink are included in the Club Lounge fee of £24.

By the time I disembarked I was feeling very fresh and at no time in the journey did I feel at all tired. The local time was 10:25 when I hit the road and I was able to drive down with only one 10 minute stop for a petrol/rest break taking well under nine hours from Calais.

Concluding then, for future travel I think the ferry will now be the weapon of choice, though dependent on the weather forecast.

It's the Club Lounge that is the huge advantage over the tunnel, and meant I didn't even eat the Ginsters Pasties that I smuggled into France :)

Winter in the morning then summer in the afternoon

The Serre Chevalier Ski Season Stuttering to a Finish

What a difference a few kilometres make. With little fresh snow in Serre Che, Montgenevre, 11km as the crow flies, scored 30cm and Claviere next door Italy had nigh on 40cm...more

Could Ski Touring Be The Route To A Long Life?

10,000 steps a day? Pah. Try ski touring up a mountain and skiing down in technical conditions. Yesterday we met a group all over 85, proof that ski touring helps you live to a ripping old age...more

Eurotunnel vs the Ferry which is the best crossing

Over the years we've travelled to and from our home in the Hautes Alpes many times. But which is the best way and the cheapest to travel, the tunnel or the ferry, as both have their advantages?more