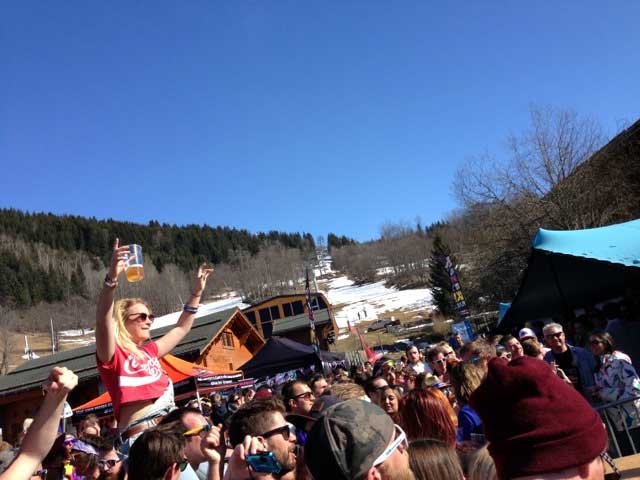 Ride. Drink. Recover. Repeat. Neil the Seasonaire has learnt how to ride hard - and party harder - like a pro-seasonaire. From 'aving a laugh to avalanche, he's been there, hucked that - and learnt a lesson or two.

What do you do when the powder has been tracked, frozen and mysteriously the slopes manage to maintain an uncomfortable combination of novices trying their luck on a monster black and the slush bowl at the bottom? Well, you party, of course.

I can say, with great confidence and diligence in my partying research, that Les Trois Vallee has it in droves: the Rond Point and 'Jacks' (Meribel) to 'LDV' In Meribel Village; from Bring Your Sisters (go see them if you are ever in the area); a passing jazz band for the 2015 season; 'Take 2' , which are twe guys from Torquay who managed to absolutely smash every gig where I had the pleasure of listening with the climax being a session alongside Bring Your Sisters which was jammier than my local Savoie confipote.

Those long nights start out with the sheer beauty of a cold beer mounting my lips and caressing my gullet, and end with the a distinct desire for a non return valve in my throat after my ninth Jagermeister. On one such occasion, a laughable last run from the Rond Point to the centre of town is bravely accompanied by a complete inability to steer my board in any other direction beyond straight down. This, of course results in the inevitable major stack, and I see my season flash before my eyes.

The film reel rolls retrospectively across my semi-conscious mind; barely-dressed girls and boys dancing on tables, bright sunshine building our Vit-D and powder highs, Bubble and Crisp's live DJ set on that day we had been riding so hard we could barely walk, the jump charging down that red towards 'Village' and the glance back to see my buddies following in succession. Of course, I stand, I ride on, with that wonderful painkiller they call booze which, unfortunately, does not aid the next morning spent in sheer, unadulterated agony. In fact I can barely move.

A love letter prescription to ease my broken heart

A trip to the local municipal hospital, rather than the private medical centre, which my insurance won't go anywhere near, reveals little more than a trapped nerve but the pain is palpable, perhaps even personified, by the evil French doctor who makes me wait for longer than the 'Plan de Home' lift at half term. The resulting diagnosis is dismissive of my pain, but closely followed by a love letter prescription to ease my broken heart. The opium enriched tablets will help me sleep the next week, and my subscription to Netflix, 'Fresh Meat' and the series of 'Hanibal' which, by the time my girlfriend returns home and along side my painkillers, makes me think the preparation of liver and onions might be a good a thing.

The reality of sitting out days, or weeks on end, for some seasonaires is serious but I love the fact that few people leave, such is the allure of this beautiful place. 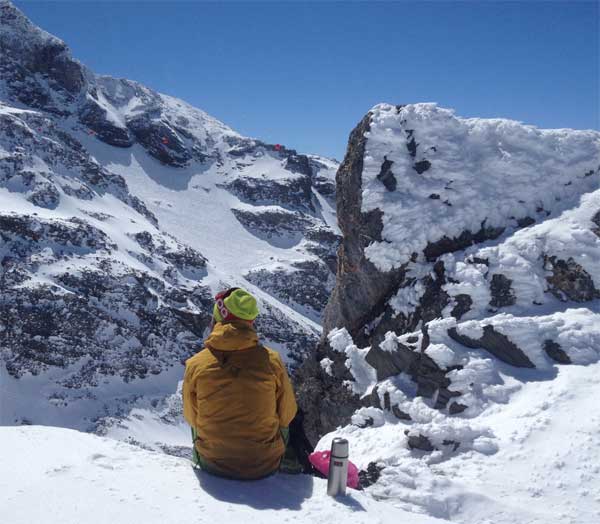 The stagnation of rest at a time of injury is further mitigated by an email exchange from a friend back home in town. Still lapping up city life this dude rides hard every year on his holidays and his email conveys the distress of packing his snowboard away after his last trip away. It's narrated alongside a small piece of city life I am happy to forget: while walking down Farringdon road, a motorbike pulls up on the pavement, grabs the poor sod's mobile phone and rides off, before he can even respond with a reactionary swing to the jaw of the assailant.

All this shows me that no matter how bad an injury is, it beats sitting at home waiting for  'Wastenders' to start, and the lottery numbers to roll in. Speaking of lotteries and the seasonaire's desire to seek endless powder runs, I have built an empathy with those who fall victim to unspeakable losses in the mountains. I see clearly how easily it happens when you team up with a new bestie and ride off into the morning freeze, in search of that line, or drop off the end of a piste run which looks sound - and is not. In fact, it's an avalanche waiting to happen.

The avalanche in waiting

I can talk lucidly about this after being the second rider down, the first being the one who set the slide off. Confidently following my pal into the run, we had no idea of the cliff face, which formed our destiny on one side, and the avalanche in waiting on the other. Clearly opting for the snow covered slope, watching my companion slide down in an avalanche was heart-wrenching. Fortunately, the slide was minimal and, even more fortunately, it was back onto a piste. But, man, that could have got really serious, really freaking quickly. 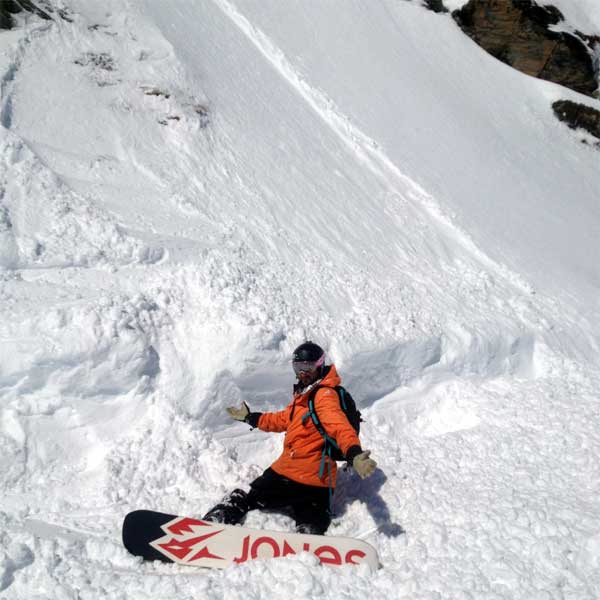 The exhilaration of that rush?

Why do we do it? Throw ourselves into what are, quite literally, life threatening situations without a second thought? Replacing the stress of modern life with the exhilaration of that rush? Loving something so much you would be prepared to risk everything for a few turns? Well, it's taught me something. And I hope anyone who reads this, too.