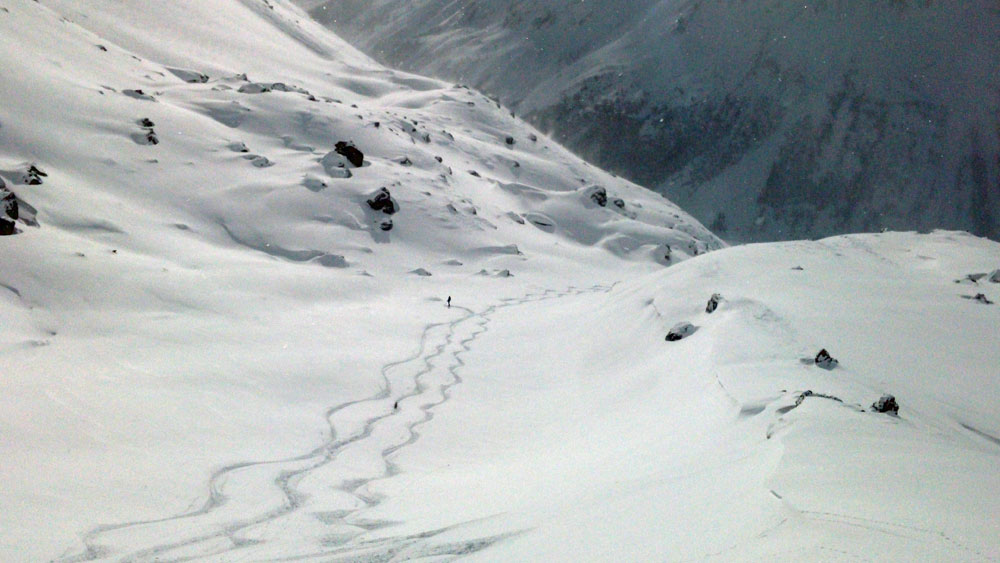 This litte message was posted on my Club's FaceBook page a few days prior to today.

Basically, it translates as Hi All. We have a hard time finding ideas for ski touring with these current conditions.

In fact they have been out touring most weekends, and I was glad that I either had domestic / family commitments or illness so I could not join them as I knew the conditions off piste were dire!

However with the prospect of finally some decent snow, I moseyed on down to the Club to see what was on the cards.

I was a tad non committal about joining them on Saturday as I did think a trip to La Grave might be the better option.

However I knew after being up the hill yesterday that wind could well be an issue over there, and I'd had a good day of lift assisted powder anyway; and I felt the need (I know people have a problem getting their head around this) to earn some turns along with needing to get ski touring fit as I do have a couple of trips lined up!

Plus I bought some cracking new obese (115mm) touring skis for exactly these type of conditions, powder!

So with all the above going through my head I texted Jean Louis early Friday evening to say I'd join them.

I met the small group of four at Briancon railway station, and then had to drive back past where we live en route to the Col du Lautaret.

It had carried on snowing throughout the early hours, and along with strong winds where to go and be safe was critical with avalanche risk at 3, considerable.

Driving up Jean Louis proposed Tète Noire du Galibier, a tour I'd done a couple of times before, but in Spring snow conditions. Part of the logic was that we'd be out of the wind, and he was right on that call! 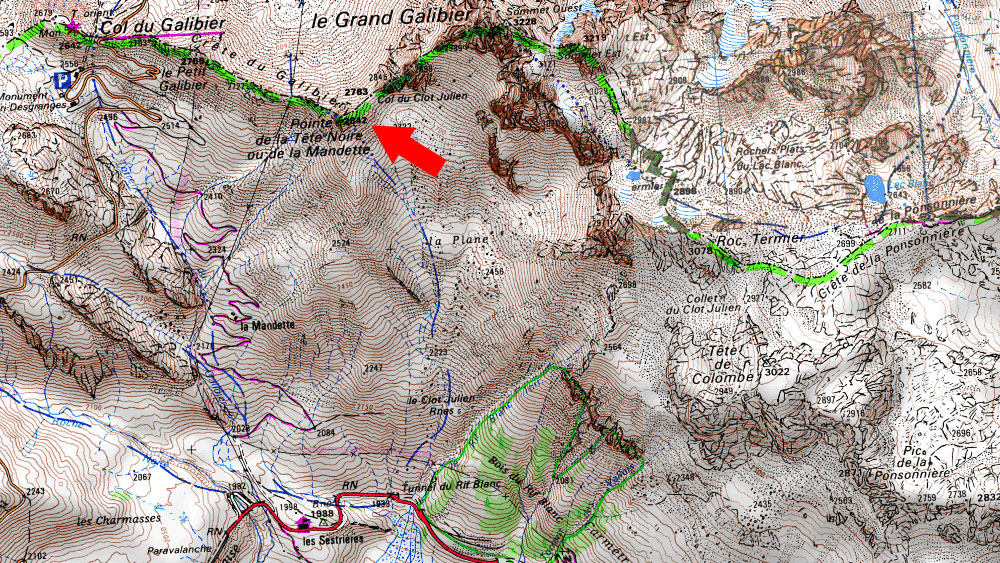 We park up just by the Rif Blanc tunnel.

The ascent was in mixed visibility with cloud coming and going and enough sunshine to excite one at the prospect of untracked powder.

As usual with the CAF the pace was full on, plus I'm giving the youngsters nigh on 30 years, and Jean Louis who thought I was the same age as him (50) 8 years.

We were averaging around 500m per hour which was quick considering the tecnical nature of the climb with many kick turns. 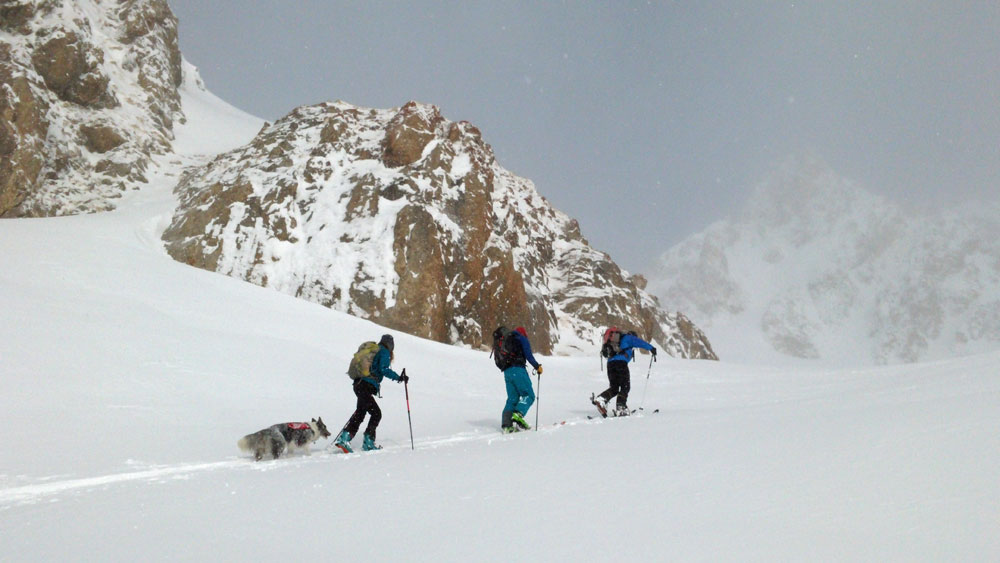 As you can make out from the pictures we had another Rando Chien with us, (no way could ours have hacked the deep powder), belonging to our vet in Briancon, Coraline. 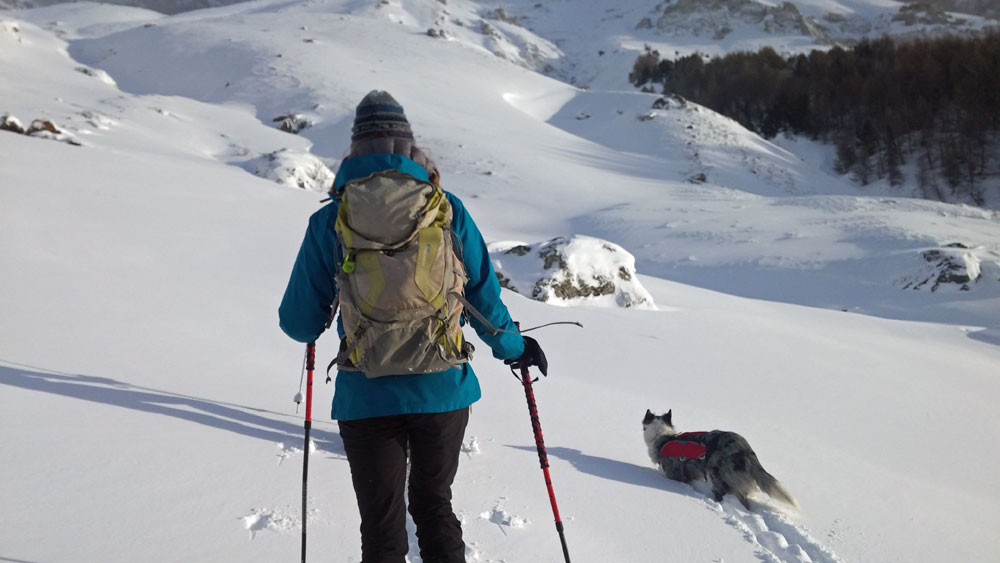 200m from the summit we spread 30m out as there was a wind slab running along the ridge, best that only one gets taken out should it go and not the whole group! 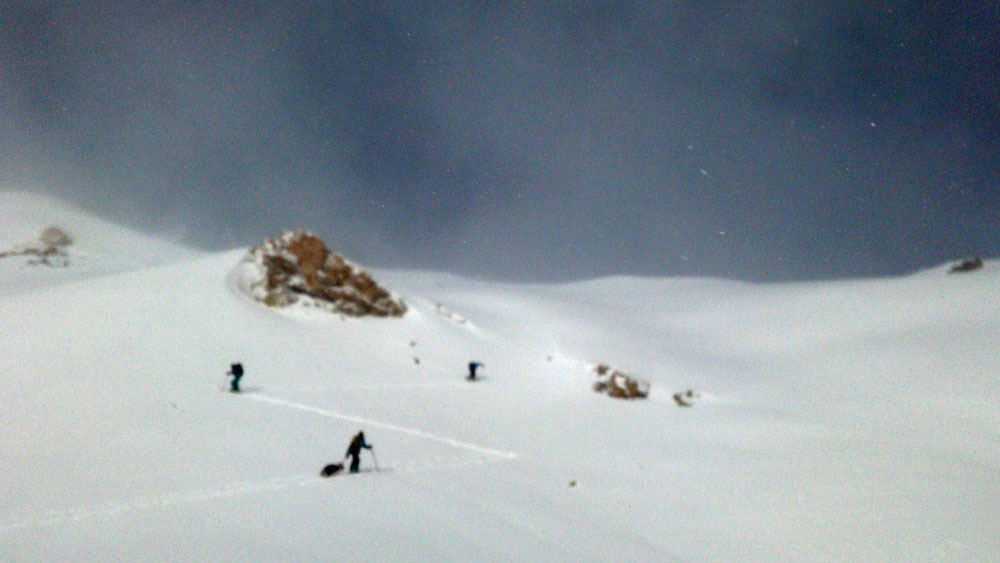 On the ridge we were finally exposed to the wind and it was horrendous, reckon the windchill must have easily been -35, last time I encountered such ferocity my mates nose went white with the onset of frost bite which he was oblivious to as his nose by then was numb!

Luckily we were soon back in the lee of the ridge as we made the final technical ascent to the summit, think last time I did it I had to carry my skis up!

Once in descent mode we were soon ripping the powder and visibility was our friend with no issues.

And unlike on the ascent, I was able to show that Brits (and old ones at that) can rip. 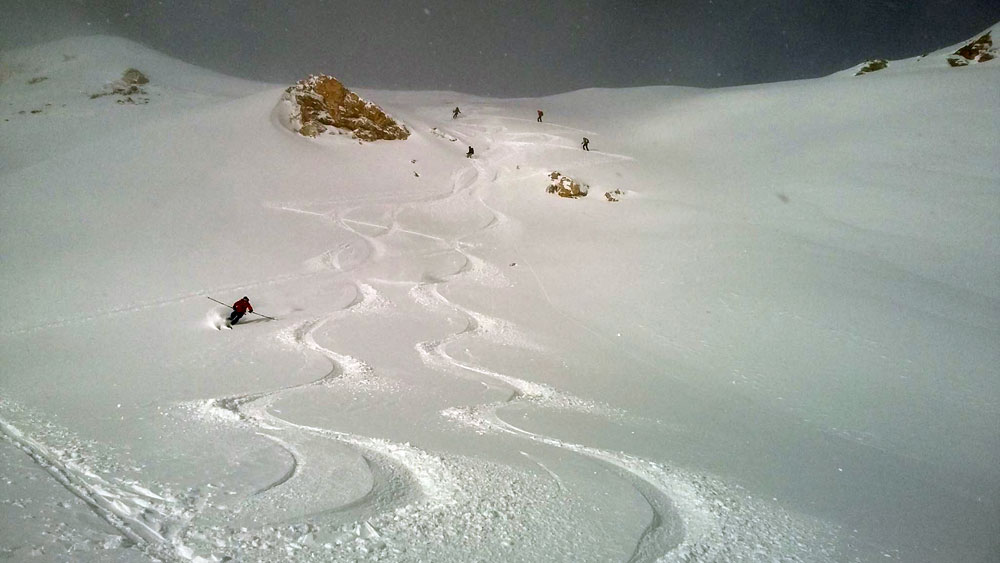 In fact it's the first time this season where I have just been able to let the skis run and be totally relaxed with no joint jarring hard snow and ice trying to get an edge, or even in powder like yesterday, combat skiing in the forest. 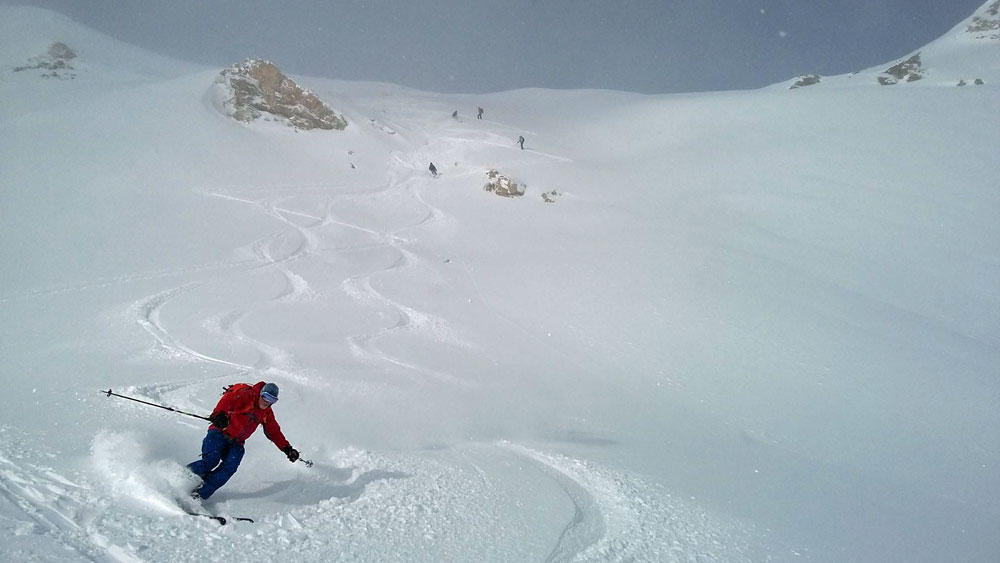 So stats: just under a 1,000m of climbing in just over two hours - and no wonder I'm feeling a tad jaded average heart rate 154bpm!