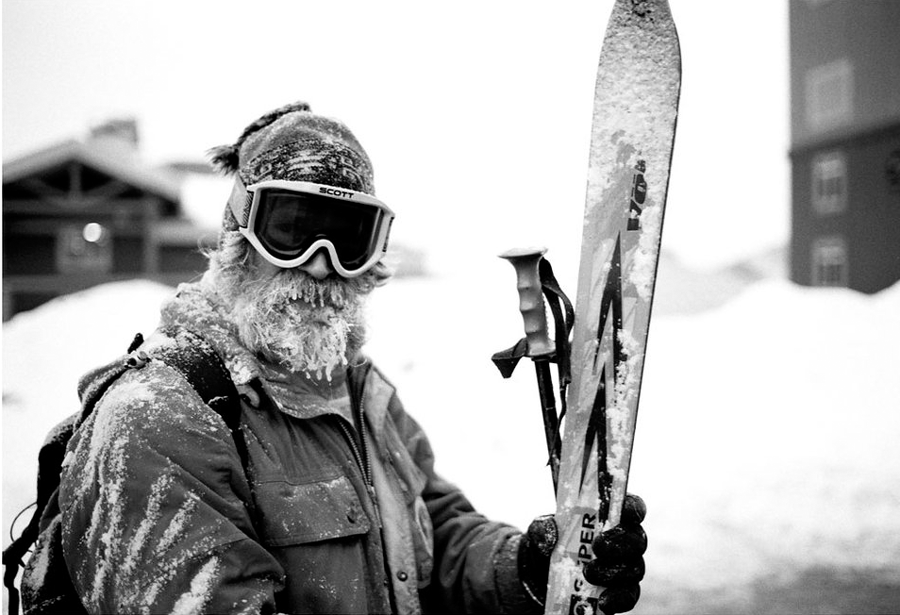 Living the life (that they have left) Skeezers are the Snow Tribe who love shredding the white stuff - and that's the pow not their hair...

WHO: Older retired and semi-retired skiers and boarders (yes, they started boarding 20 years ago), loving life on the hill. That’s 'on' the hill, you whippersnapper, not 'over'. Age somewhere between 50 and 100. More lined than a groomed piste but frighteningly fit and bright eyed (depending on how many glasses of vin rouge for après).

No longer having dependents (except maybe the dog that has its own passport) they’ve swapped bus pass for seasonaire lift pass, determined to make it to over 75 when it’s mostly free. They can now spend three to four weeks shredding the white stuff (that’s snow not their hair) – or even the whole season as Geezonaires since deciding to SKI, that is Spend the Kids’ Inheritance, on a mountainside apartment.

They will be riding until their teeth fall out – or till they can no longer get off the chair lift. 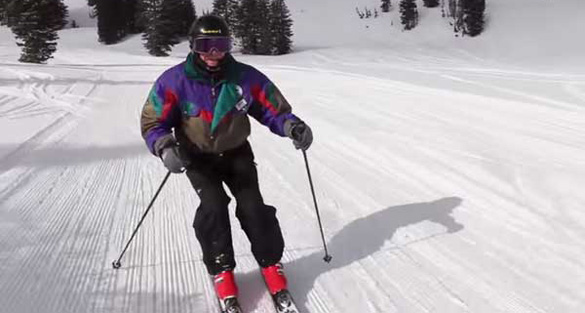 WHAT: With disposable income, as the grown-up kids have finally flown the nest (or are still IN the nest  so Skeezers had to do the flying), they can now afford top of the range kit  (though they may not be quite the target customer that the Marketing Manager of Arc’teryx had in mind) – but, often, they wear gear that’s over 20 years old and still going strong. Like they are. They have thermals older than most Steezies. And you'll catch them on  their Swallowtail or Monoski ripping it in the Derby de La Meije. Actually you probably won't. Catch them, that is. 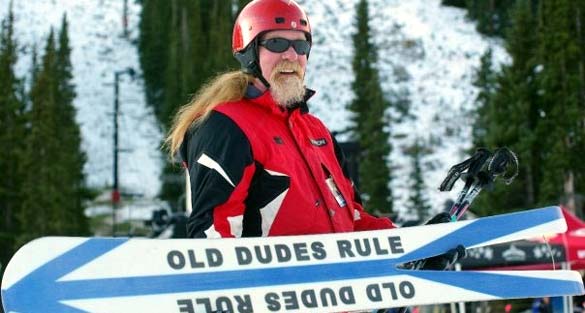 WITH: Skeezer men always wear helmets or woolly hats (to cover bald heads); the women like Buffs (to cover crêpey necks).  Never leave home without a knee bandage or brace (though touch and go whether liver will give out before knees). Often they have the full touring kit and are as evangelical about walking up the mountains – avoiding the hordes - as riding down, thus getting them closer to heaven. No, hold the funeral parlour, that's untracked snow heaven..

HOW TO WEAR: Like you’ve been skiing/boarding all your life which, er, you have. Less concerned about having coordination, as in colours, more worried about maintaining coordination as in limbs.

LEAST LIKELY TO SAY: "Let’s do a cruise."

MOST LIKELY TO SAY: “Let’s do Chile.” 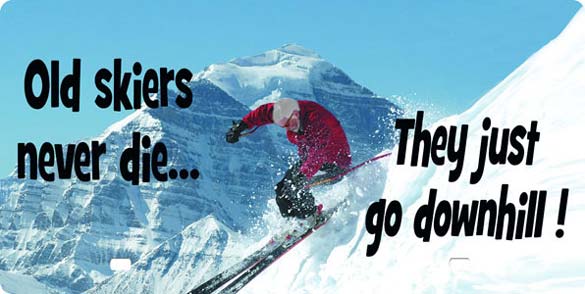