HOW TO SKI WITHOUT LESSONS 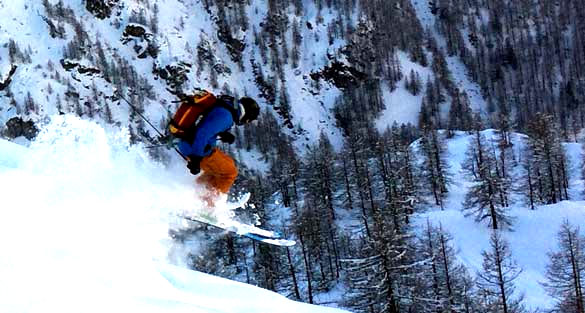 Our contributor, Jonathan 'Bing' Bingham, 39, is a ski fanatic, known for his naturally stylish freeriding. We've seen him shoot couloirs, huck pillows and even ski down a powder field on one ski (he gave his other one to our Tech Editor who had lost his in the snow after jumping off a 60ft cliff, it's a long story!).

How old were you when you first put on skis? And where?

I was only 18 months old and was exposed to the severity of the extreme Scottish winter conditions. It was in the Cairngorms; I have fond memories of my first ascent of the 'White Lady' at age 4.

Did you have lessons from a ski instructor?

No lessons. just pointed the skis down the hill and literally let go. Well, my parents let me go! Apparently I was a natural. 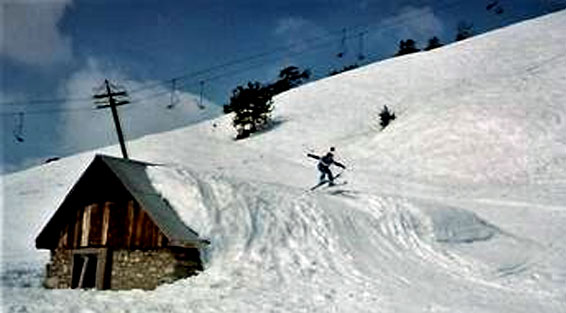 So how did you learn the basics? And get better?

How often did you go skiing as a child?

We had an annual ski trip and we were also members of the Peak Ski Club. This involved erecting rope tows on various farmers' fields throughout the Peak District, (below). I have happy memories of jumping over peak stone walls and would be out there, sometimes, skiing on a heavy hoar frost! We even had gas lights to enable us to ski in the evenings after school, which was kinda fun. Back then we seemed to have snow in the peaks more often than not. In the summer months we used to grass ski on the very same fields. 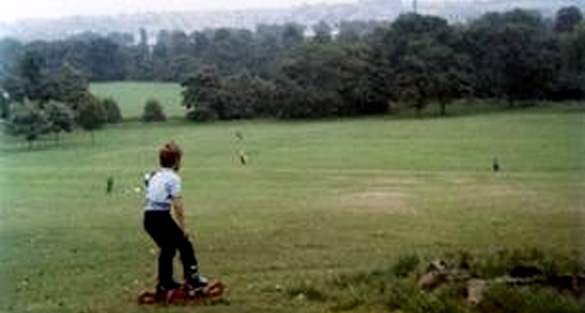 Were you competitive with your older brother, Phil? Did this help your skiing?

Of course, it did. Obviously I wanted to be the fastest and jump the highest! We pushed each other and still do, today.

How did you learn to ski off-piste? In powder?

Just went for it. I also spent hours watching the classic ski movies in the 90’s like the Blizzard Of AAHHHS,  License to Thrill, P-Tex Lies & Duct Tape and had the legends of Glen Plake and Scott Schmidt to mimic. In the early days, I was skiing on a set of 225cm Dynastar Vertical Assaults. How things have changed! 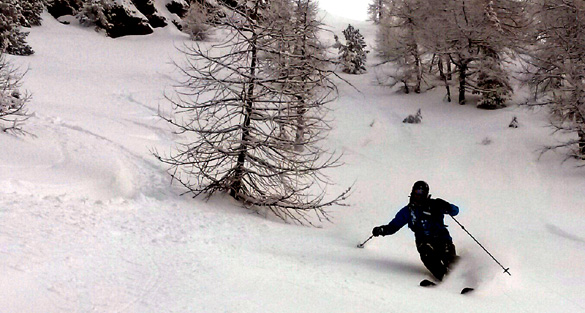 How did you improve your style and technique?

Well, after my A levels I decided to take a gap year and ended up in Banff, Canada working night shifts in McDonalds flipping Big Macs, the advantage being that I got to ski every day!  As much as skiing daily will undoubtedly help your technique, it can also hinder as you can get into bad habits. So I surrounded myself with better skiers and copied their style and technique. And still, today, pick up tips along the way.

Most influential person when it comes to skiing?

Mmmm, this is difficult as skiing style and what is the ‘norm’ has changed so much. Obviously the pioneer of extreme skiing in my mind is Glen Plake and skiing mountaineers like Doug Coombs (pictured, below, skiing in La Grave from www.dougcombsfoundation.com). 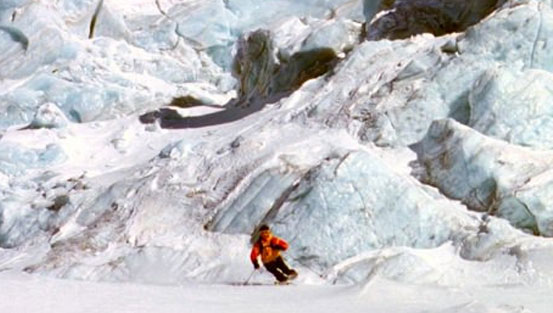 What makes you cringe when you watch other people ski?

Pet hate is when people carry their skis in the ‘cradle position’ (open arms) and compounded if your ski pants are above your boot cuff and buckles open, flapping and banging around.

Would you recommend skiing without lessons?

Not really. With today’s teaching techniques and advances in ski equipment you would be mad not to take lessons. It would ensure learning is fun, safe and you progress far quicker with fewer bad habits. Although of course, you could just Google it!

One tip for anyone learning to ski?

All about breaking at the hips and let the ski dictate the size of the turn; that’s what they are designed to do.

We hear that you intend to start telemarking. Would you have lessons?

Yes, although I will probably get out there initially before booking any lessons to get a head start!