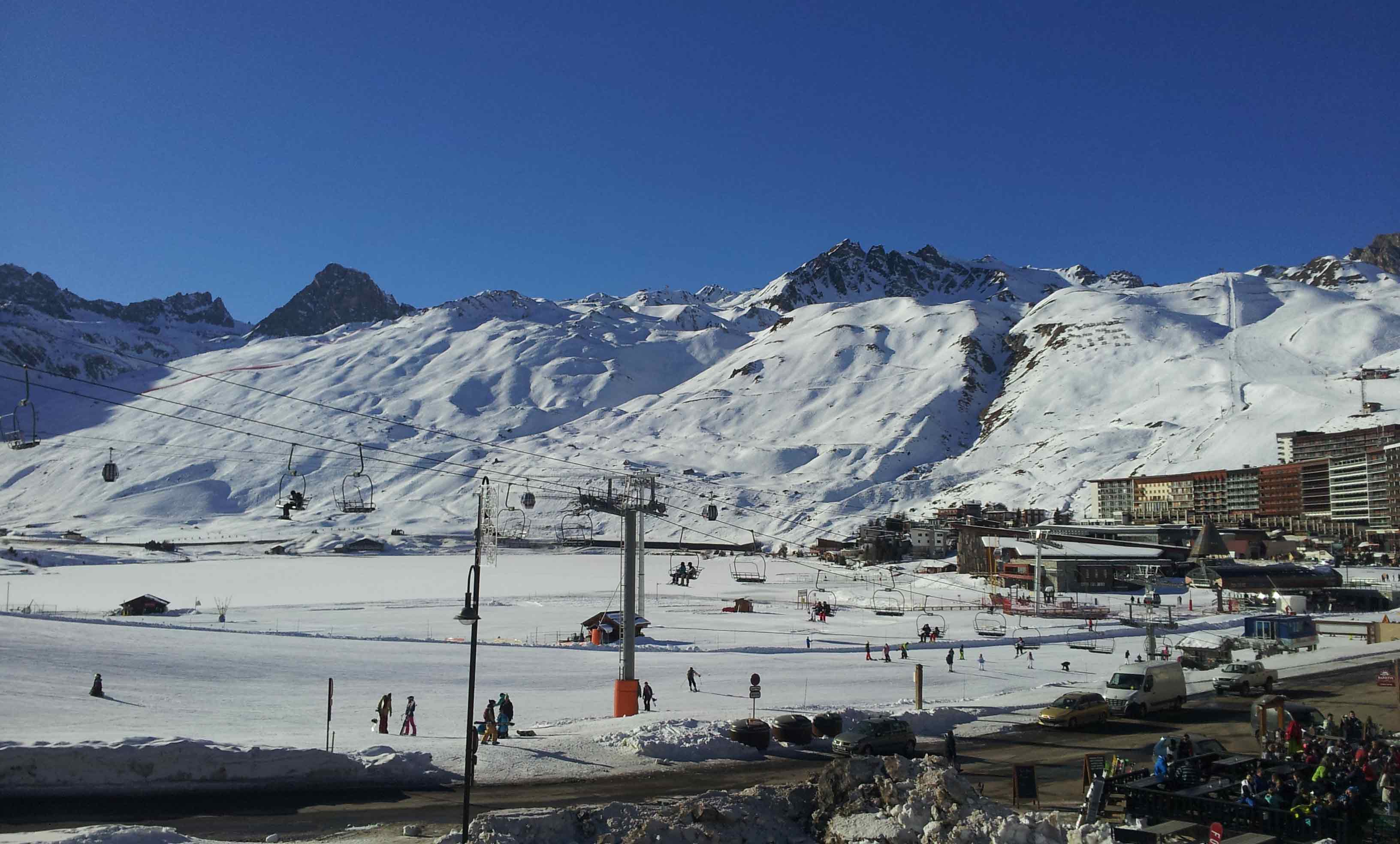 Heading out for a season in the mountains? Work, ride AND play. What could be better? But there are some things you should know before starting a winter season. Our Seasonairehead is here to give you a heads up.

Ok, all you old seasonaire pros stop smirking. We know that you know what new seasonaires don't know. And you just can't wait for them to find out so you can do that eye roll thing and declare, ‘Dude, how did you not know that before coming out here?’

So you've received that email with your start date for working in the mountains. Don't worry, we're not going to spoil that rush of excitement and butterflies in your stomach. We're sure you'll have that Disney moment when you envision twinkly snow-covered trees, bluebirds over endless powder bowls, making best friends forever surrounded by fluffy snow flakes. (And, by the way, all these are entirely possible, so don't listen to those old seasonaire cynics).

Yes, first up, we want to congratulate you on making one of the best decisions of your life. A season in the mountains is NOT opting out, but a life-affirming experience (just check out our University Of The Mountains and the CV relevant life skills of working a season).

But, now, our well- seasoned Seasonairehead is just going to tell you the 10 things she wished she'd known about doing a season before doing a season, like don't forget the Tetleys.

Yes, the film that ‘real’ seasonaires scoff at in complete astonishment, but, scarily, 18-year old girls use as their inspiration for doing a ski season. After deciding to take a ‘Gap Yaaaar’ these girls watch Chalet Girl over and over again, ‘because, like, Ed Westwick will TOTALLY be in my chalet, yaaar’. Sorry to disappoint, but forget Ed Westwick as your guest and think more along the lines of a sweating, balding 50-year old man squashed into a genuine 80s onesie, because he thinks it makes him look awesome.

And for the girls who side more with the girl who’s not so posh in the film, don’t be fooled: in the film she does not scrub a single toilet or have to scrub any red wine vomit off the 18th century mahogany table at all. A true depiction? Step away from Chalet Girl. 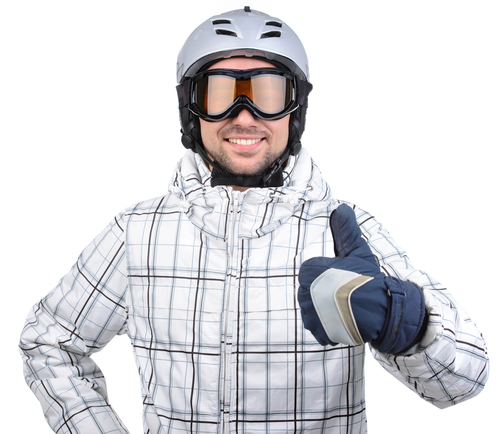 So it’s your first ski season and you want to look the part. That means buying a new jacket, snow pants, goggles, helmet, ski socks, thermals, and gloves, right? Maybe, but that doesn’t mean that you have to show up looking like every other punter, one-week holiday-maker in resort clothed head-to-toe in Trespass and showing off an impressive 'twat' gap between your goggles and helmet.

Some believe that each resort has their own style. If you end up in Val D’Isere, chances are you might be wearing fur, tight black salopettes and ‘dancing to Dom’, (that’s Perignon). End up across the valley in Tignes and it’s more relaxed. So, let the seasonaire style come to you. Unless you don’t care, in which case, wear that faux Mohican beanie to your heart’s content!

Just step away from TK Maxx. Yes, those £20 Surfanic gloves seemed necessary back in October, but now it’s minus 25° in February and you’re having to sit ON your hands on the chairlift to stop them from falling off. 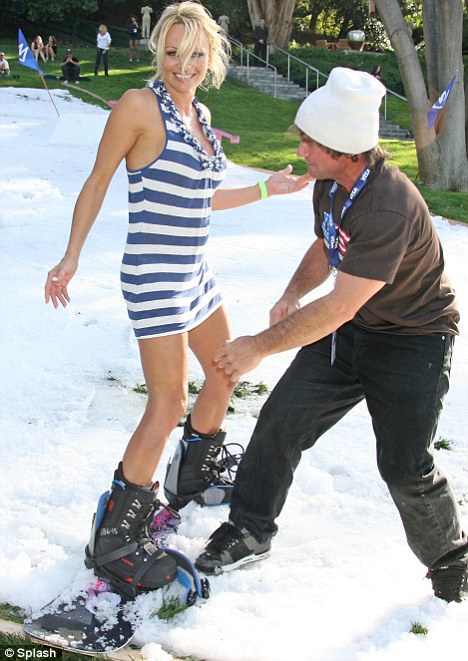 3. For goodness sake, do not take a dress out!

This one is obviously for the ladies. You may wear heels and dresses on your nights out back home, but in a ski resort you will not need to wear either of these, (unless you once starred in Baywatch of course). I’ve heard that one girl bought out a designer dress for the night she might bump into a Russian millionaire and he was to whisk her out on a luxury date. For other girls, it’s the belief that they’ll need a dress for New Year’s Eve. It’s ‘no’ to both. Beanies and salopettes, always, even when you haven’t even been out on the hill!

Guys though, you need take a dress for those inevitable fancy dress night outs!

4. Thinking on your ski boots

Starting a new job is always daunting, but when your first day involves cooking a three-course meal for 15 people while watching your guest’s four-year-old face plant in the chalet cake, ‘daunting’ is an understatement. Working in a ski resort is often fast-paced and adrenaline-pumping, just like the sport that we’re all out there for. That’s skiing and snowboarding by the way.

I know, it’s shocking to say this out loud, but two months down the line and you’ll develop some serious silent hatred for the white stuff. Only on Saturdays though. It is an unavoidable fact that heavy snow will always fall on transfer day, sending transport into chaos, delaying planes for hours on end and leaving you with grumpy guests to deal with at midnight when they were supposed to turn up at 3pm. When you get that call to say that your guests are delayed by seven hours, your reaction is always the same: no, no, no.

But hey, Monday morning comes and everyone’s grinning like mad Cheshire cats as that snowfall’s now left some fresh powder for playing in!

6. You, but on a really good day because you’re not ill or still hungover

Ah Berocca, the root of many an argument. Does it really give you that vitamin boost, or is it just a piece of chalk floating in water? Who cares on a ski season! When you’re wondering why you’re horrendously ill after four days on the trot of downing Jagerbombs, getting to bed at 4am and up again at 5am, Berocca seems better than a new liver, surprisingly. And, if you’re in the ‘it’s only chalk’ side of the debate, take it with you anyway. Seasonaires will pay for Berocca. Five euros for a tablet anyone? 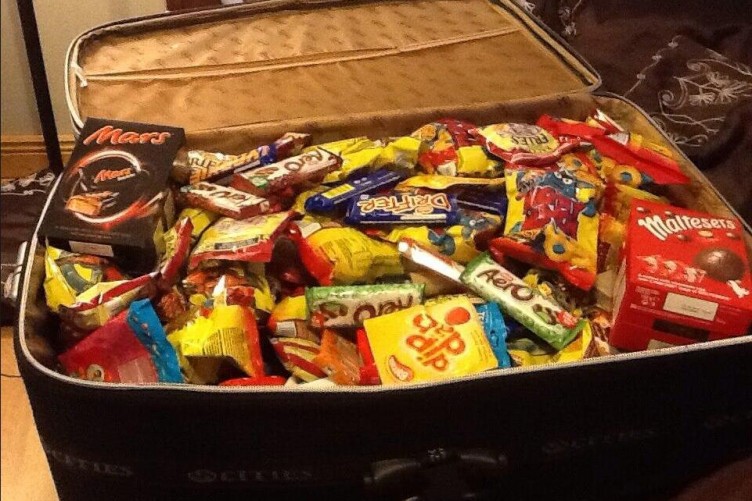 If you’ve eaten all of your Berocca in one go in an attempt to cure the never-ending illness, do not forget that 20kg luggage allowance when family and friends come to visit. They’re only coming for a week, how many jackets do they need? Get them to fill the suitcase with Tetley, Berocca, HP brown sauce, ginger biscuits and as much of the Boots cosmetics departments as possible. No matter how good the resort, NOTHING can replace English tea.

8. The Blues Brothers (and sisters)

Oh yes. It’s horrible to bring up, but it does exist. Lurking somewhere in between the end of January and early March, the Mid-Season Blues pounce on anyone. Many a seasonaire has been skipping around after an amazing powder session only to be hit by the overwhelming urge to hug their Mum, cradle their pet dog or simply crawl under the duvet. It’s simply a time when the monotony of a season catches up with you, along with the inability to shake that month-old cold.

Yet, you must stay strong as the legendary End of Season is only around the corner. Yes, constant sunshine, knowing how to run your chalet with your eyes closed and suddenly realising that a substitute family surrounds you is worth riding out the storm for. And it’s only a little storm. It’s just the little blizzard before the best bluebird powder day you’ve ever seen.

Ski resorts have a dangerous habit of becoming ‘cliquey’. The tour operators stick together, the bar staff shred in their own ‘bar staff only’ club, the ski techs loathe everyone. But it is worth breaking out of your ‘bubble’ in order to get to know others. That might seem painfully obvious, but it’s very easy to become glued to the people that you work with. Instead, go for a ride with the people that until now you only ‘kind of’ know.

Broadening your seasonaire horizons means that you not only meet more people (duh!) but you also potentially change the course of your season, for the better. If you want to come back for another season, which you know you will, having friendly faces makes all the difference. I wish I’d known that it is categorically true that working a season is the time of your life. Yes, you sense that you’ll have a good time, but for the lucky ones it becomes the best time. Whether you’re working for the tour operator, theindependent chalets, the lifts, the bars or the five-star establishments, signing up to do a ski season is never a mistake.

After all, how could it be? With the mountains as your office, the ability to ride practically every day, the opportunity to meet some of the best people that you will ever meet in your life; It sounds soppy, but doing a ski season is worth it. As the last days unfold in the resort it’s as though that song from the end of Dirty Dancing is genuinely playing in the distance. Just make sure it’s not because you’ve accidentally had too much Berocca.

And, of course, it's important to learn the lingo before heading out, and even once in resort. Confident you know what panic shagging is? It's never too late to read over our Seasonaire A-Z Guide.