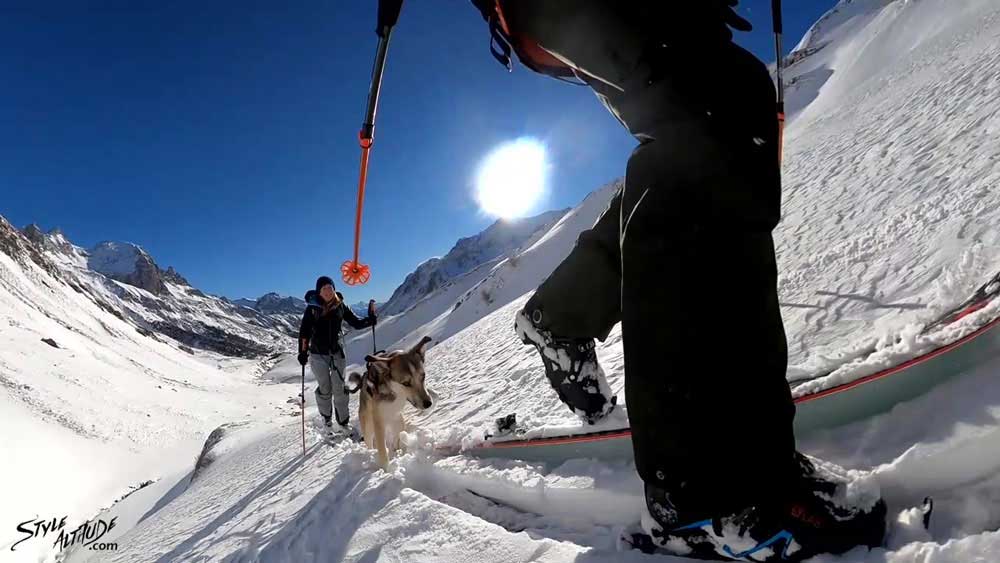 What makes the perfect powder hound? It's not size that matters - type of coat, energy, intelligence and, yep, dogged determination can all dictate how good your dog will be for coming on ski tours...

After a 650m climb for a tour off the Col du Lautaret, we transitioned and it was time to head down into the untracked powder. I went first, making a dozen looping tracks, coming to a stop to turn and look back up the mountain. And there was Ullr, our year-old mountain dog hooning down the skin track, the fastest way to get to me, arriving into my arms in a flurry of cold fur and wagging tail.

We've taken him on a few short ski tours before to get used to the skis, which he already treats with a healthy respect, keeping his distance both going up when we kickturn and coming down. He now walks up under control on a bungee leash, which we first used for him doing 5K Park Runs in the UK in the summer. Being half Huskie, pulling comes naturally, but we try to keep the leash loose so he doesn't have to work at all when climbing. The reason for the leash is more to stop him leaping around and exhausting himself on the way up.

Ullr, named after the Norse God of Snow, is in his element in the snow, a pure mountain mutt born here in Serre Chevalier, his mother a Border Collie who took a shine to a local Huskie. You couldn't design a more ideal dog to take skiing. His fur is thick but short so he doesn't get any snowballs building up around his legs or tummy, just maybe an icicle or two in his whiskers. He is super quick as in speed and, also, to learn, you don't have to tell him twice. He's walked off the lead from the second day we had him at 10 weeks old, and his recall is pretty impressive even if sometimes he takes his own sweet time, but it's never long enough to fire up the tracker app.

Anyone who knows us, is familiar with our two amazing ski touring Jack Russells who've accompanied us on many a mountain adventure - as featured on Taking Your Dog Skiing and Touring. They're tenacious little things, their lightweight and small paws being perfect when it's firm, hardpack snow. 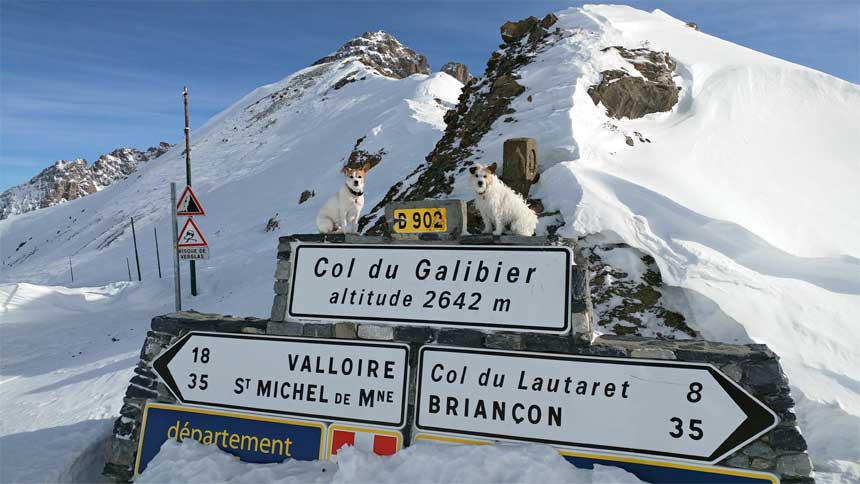 Beanie, the younger on the right, though is rough-haired and struggles in deep pow, getting balls of snow all over, even her eyelashes, which is why we don't take her when we know it's going to be hard going in fresh snow and we might end up putting her in a backpack. It's heartbreaking, though, to leave her when we go out because she wants to come and, being a hardy Jack Russell, would tough out any conditions if given the choice.

Kiki, her mother, on the left, is smooth-haired with a coat like a polar bear and has come on many a powder tour without turning a hair - or getting snowballs in them - but she is now 12 years old. She'll probably still come with us for shorter tours in the spring. 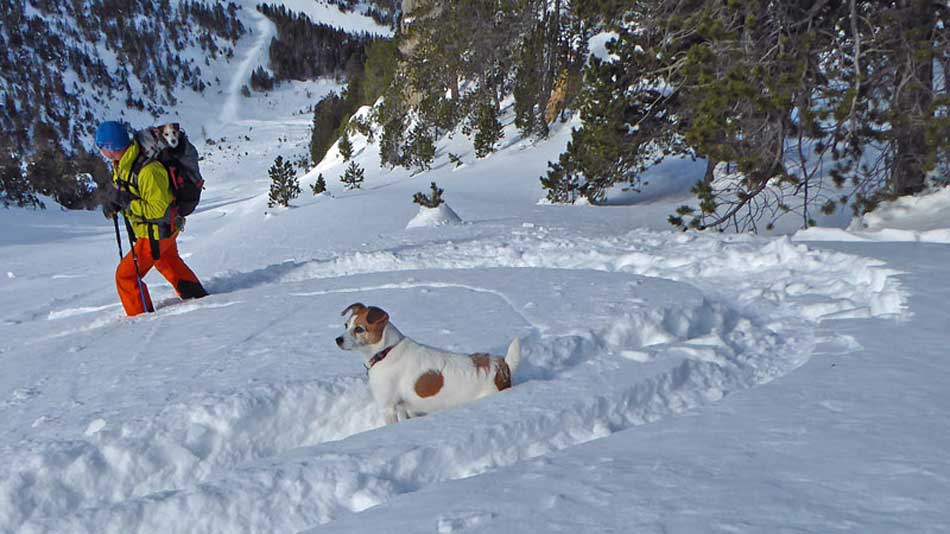 We didn't really teach either of the Jacks to ski tour. They just naturally follow us, steadily going up and standing well back from a kickturn and come down in our tracks, peering over the snow to check out where we're waiting for them.

Ullr has learnt some ski touring tricks from Beanie, on short outings in the first snow back in early December. He's much taller, and tends to leap around in the powder but is soon understanding that it's less energy consuming to stay in our tracks, like Beanie does. He soon won't need the leash (although I might when he's older to help pull me up!).

The firs time that I took him on the leash, ski touring up behind Gav, I thought I was in for a lot of tugging with him wanting to go ahead. But, no, he stayed behind, sensibly in Gav's tracks. When it came to kickturning, I feared he'd pull me over while I had one leg hovering in the finely- balanced danger zone mid-turn, but he waited patiently until I had both skis on the new upline.

When we transition he paws at the soft snow and twirls round and round, making a nest like a true Huskie. Then he curls up watching and waiting for the humans to finish faffing before the fun of chasing downhill. 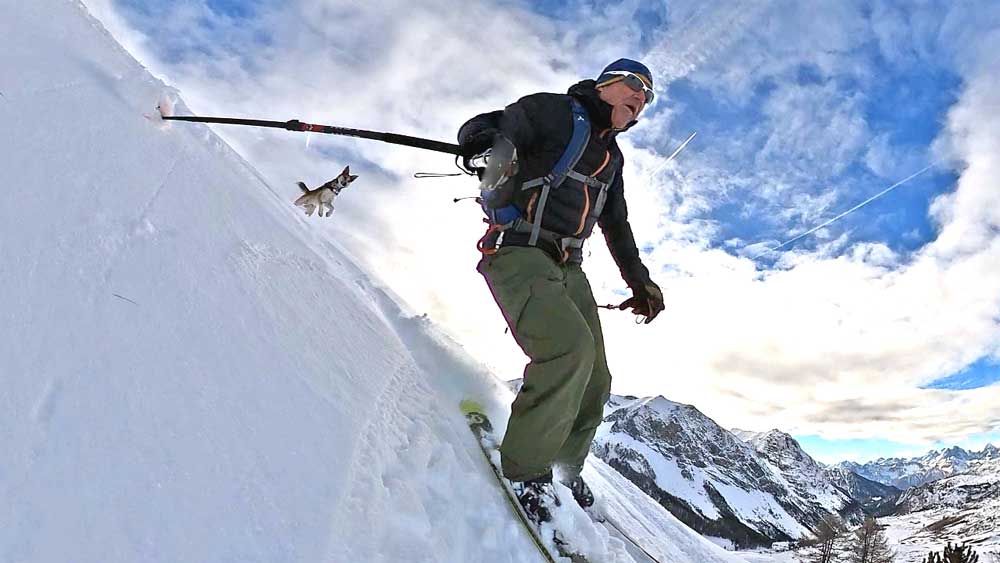