Part 2: The Benefits of Ski Touring with an E-Bike 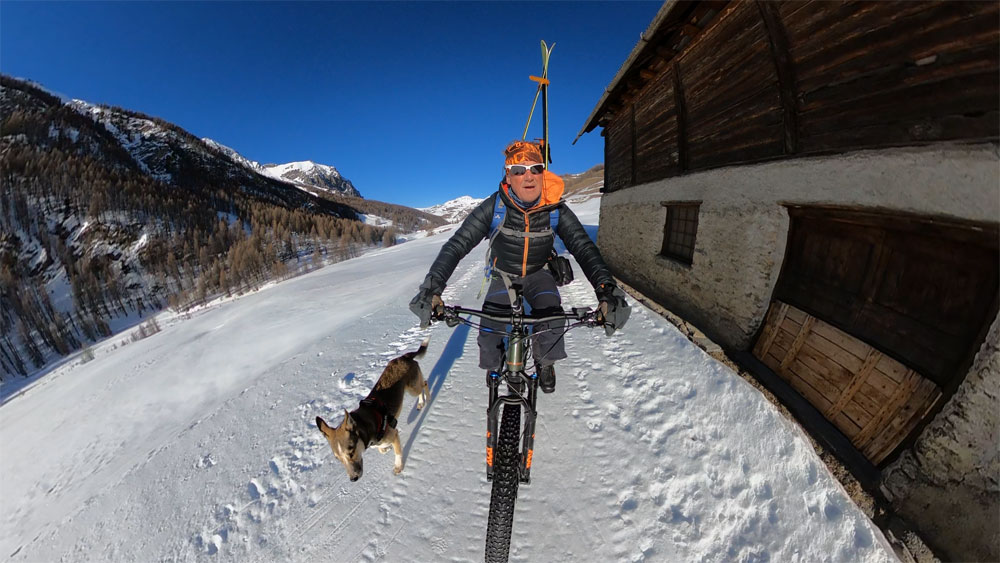 TRIGGER PULLED ON AN E-BIKE

After a failed attempt with a FatBike to go ski touring I pulled the trigger on an ebike and after lessons learned I set out with the dog for some great ski touring in an area I'd normally not be able to get to because of the very long approach...

First, I have to admit to not being a great fan of e-bike. However, over the last five or so years I've seen them grow in popularity, especially here in the Hautes Alpes as they enable people to ride up the many legendary Cols that surround us here in Serre Chevalier.

I wrote this feature back in 2018 before the pandemic. Last year they were even more popular and, at times, it seemed that I was the only one using pedal power to get up the mountain as I blogged back in June.

I examined in detail the reasons for considering using an ebike to go ski touring in this blog. It was very much because of the lessons learnt on my first failed sortie with one, that I finally invested in a bike with electric propulsion, though there was probably an element of a sacrifice to the Snow Gods as well, hoping that once I'd opened the wallet up so the snow would arrive and I wouldn't need the ebike!

I'd decided to visit some of the local bike shops to see if they were selling any ex-rental ebikes (MTBs), and I took along a mate who is well up to speed on them. Sometimes, though, it's not the best strategy to take a mate along who knows you have an itch to scratch.

I'd also done a fair bit of research and I knew what I could get from the likes of Intersport and Decathlon, as well as what I could buy online, but I wanted to keep to Rule 58 of the Velominati Rules, which is to Support your Local Bike Shop, and of course, it would help with future servicing and the like, for although I'm not too bad a bike mechanic, the whole electric motor thing is alien to me, and I know they can play up, to say the least.

After a couple of shops had nothing to offer I headed into Briançon to a new shop that opened last year specialising in ebikes, Roue Libre, and their main brand is the well-respected Spanish Brand, Orbea.

And a result, they had an ex-demo, Orbea Wild HT 20 29er, with 900k still with two years warranty, at a good price, which ticked all my boxes. 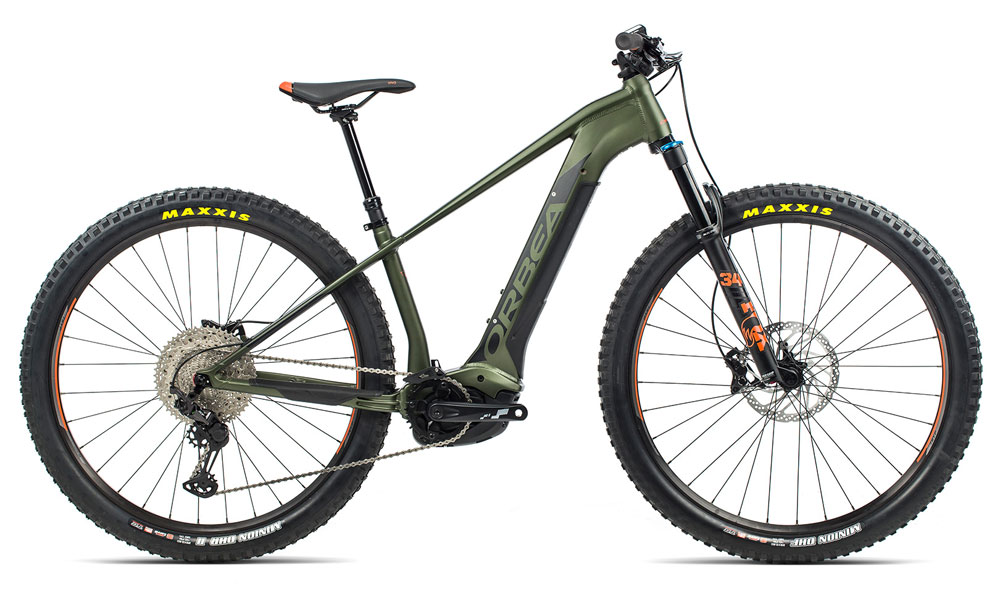 This bike, unlike a FatBike, will suffice if I still wanted to explore some trails outside of the winter season, and is equipped with good quality components.

The next morning. after a restless night's sleep like a kid at Christmas, I started to get my gear together along with Ullr, our latest Rando Chien. I couldn't take Beanie, the Jack Russell, on this sortie as I was hoping to ski cold snow, which would be too deep for her, and, also, the total trip would be close to 25k, too much for her little legs.

I drove to Cervières and parked up just above the village.

This time I was cycling in my ski boots as the MTB pedals had a large wedge of a platform which were ideal for them. Also, ski touring boots are a lot more flexible than Alpine downhill ones.

With the skis on my backpack along with poles it was not too bad a setup.

The climb on the bike was on very hardpack snow, icy in parts and I found myself, along with Ullr, whizzing up the first 225m in 20 or so minutes. Then it was a slight descent to the plateau and cycling along the crisp crosscountry trail, devoid of people as the area is currently closed.

It was another 8k to the village of Les Fonts, total riding time around 55mins, whereas if I'd ski toured / hiked it would be close to two and a half hours!

In the deserted village, I was the only person to be anywhere close to it at that time of the day as no one lives there in the winter. I set about finding somewhere to secure the bike. Probably the most weight I was carrying in my backpack were the two cables and locks, which i used to lock the bike to the terrace of a chalet. 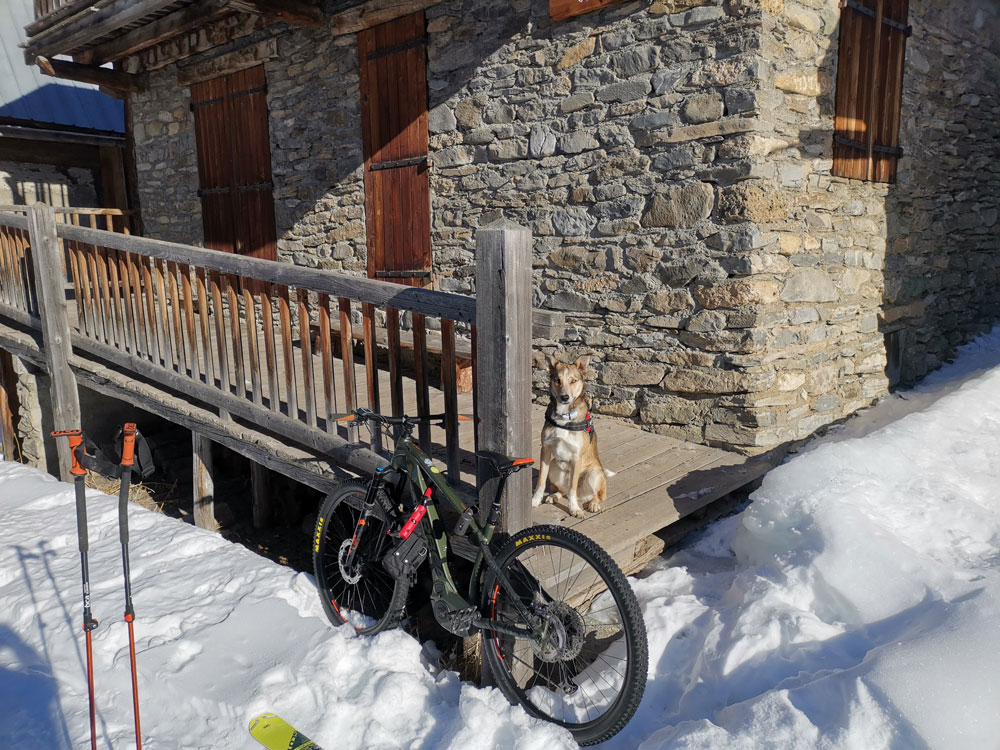 As you'll see from the video it was a rather successful ski tour though I was a little apprehensive at being up there all on my own and was thinking at my age should I be doing this tout seul? But to still have adventures and push the envelope means life is good.

After returning to the bike it was then another transition to get it ready for the long descent back, and Ullr was still full of energy.

Have to say I was glad that the bike has a dropper seat post, which meant I could lower the saddle so I could run my ski boots along the ground when conditions (icy) dictated a couple of stabilisers would be a sensible option.

So it was a memorable day, not least ski touring in an area I had only really accessed in the summer by bike and car. Tomorrow I'm going back up that way taking the mate that managed to make me part with a substantial load of dosh :)

Below is the route. 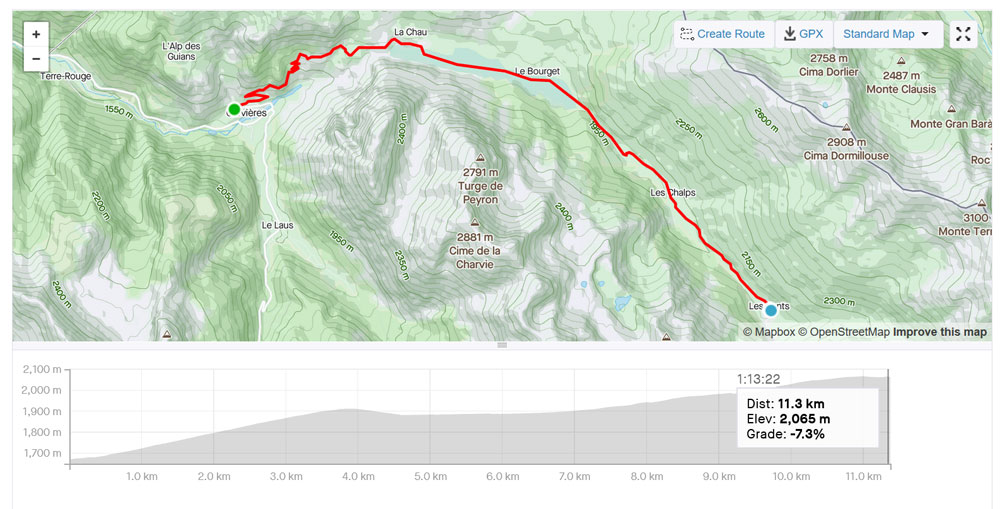 Since I wrote my first blog post on ski touring with an ebike I googled and found that Scott Sports have developed a concept Ski Touring bike, The SK-eRIDE, and their introductory text below is pretty well the same thought process as mine:

When mountain passes are still closed and the spring snow is high in the mountains, it’s often a sign of great ski touring conditions. However, how can we reach the first snow patch without burning all our energy, how can we use electric assistance to get to places you’ve dreamed about for a couple of seasons, make sure the journey is a moment of fun from bottom to top, don’t destroy your back by carrying all your equipment, all negative metres should be a source of fun, make a 1500m elevation to a 2500m elevation day. These are all the points we wanted to answer by developing a more advanced solution for a winter approach ebike. 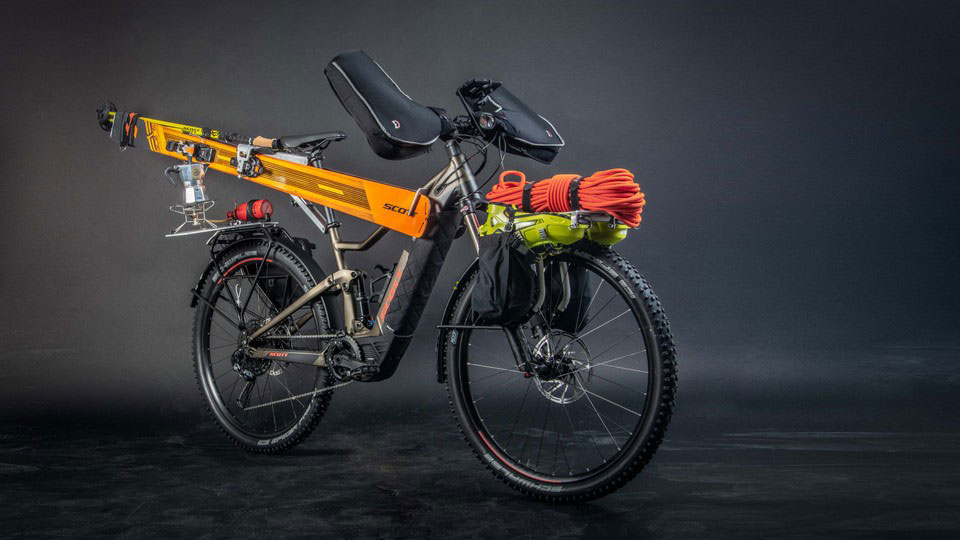 The issue with the Scott Bike is would you really use it when not ski touring?

For sure might be great to carry camping gear and the like, but as I now know from the four descents I've done on various demanding snow pack, I'm not too sure I'd like all that on the bike.